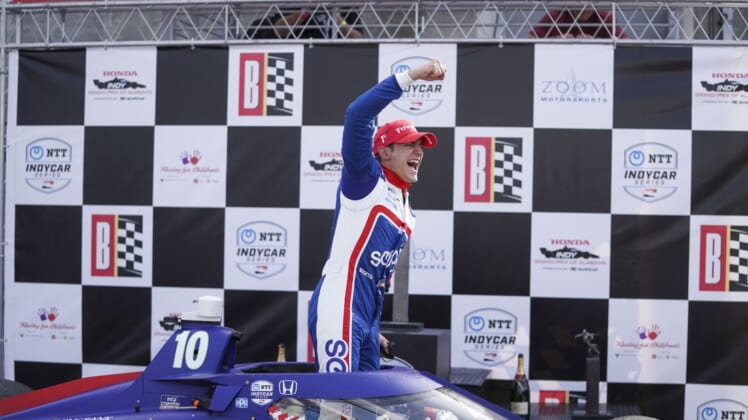 Spain’s Alex Palou held off former Indy 500 winners Will Power of Australia and Scott Dixon of New Zealand to take the Honda Indy Grand Prix of Alabama at Birmingham, Ala., for his first career IndyCar Series victory.

Power closed the lead significantly over the final seven laps of the 90-lap race on the 2.3-mile Barber Motorsports Park road circuit, but Palou held on for the victory by a slim .4016-second margin in the closest ever IndyCar finish at Birmingham.

Dixon, the reigning IndyCar champion, was a shade under three seconds behind Palou, his Chip Ganassi Racing teammate. Pole sitter Pato O’Ward of Mexico was fourth.