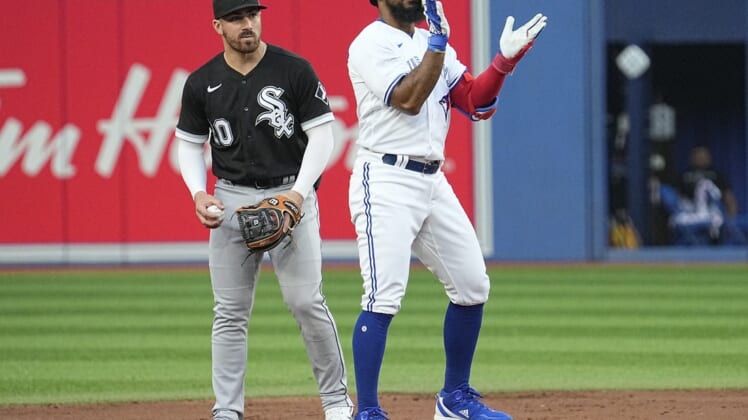 Teoscar Hernandez added two doubles and two RBIs for Toronto in the opener of a three-game series.

Jordan Romano pitched around two singles in the ninth, with a double play and a strikeout, to pick up his 16th save.

Vaughn hit his sixth homer of the season on a drive to left with one out in the first inning.

Hernandez led off the second with a double and Kirk homered to left.

Chicago scored twice in the fifth. Former Blue Jay Reese McGuire led off with a double and scored on Danny Mendick’s double. Vaughn then hit a two-out RBI single.

Toronto regained the lead with four runs in the bottom of the fifth. George Springer singled with one out and Bo Bichette hit a ground-rule double. Both scored as Hernandez lined a double to center that eluded Adam Engel’s dive.

Kirk then delivered his third home run of the season.

Trevor Richards replaced Gausman and allowed two singles, McGuire’s RBI double and a walk to load the bases with none out. Adam Cimber replaced Richards.

A run scored on Mendick’s fielder’s choice grounder. Yasmani Grandal was denied a sacrifice fly on his drive to left when McGuire did not run hard home after tagging up and did not reach the plate as Mendick was thrown out at second to complete an inning-ending double play.