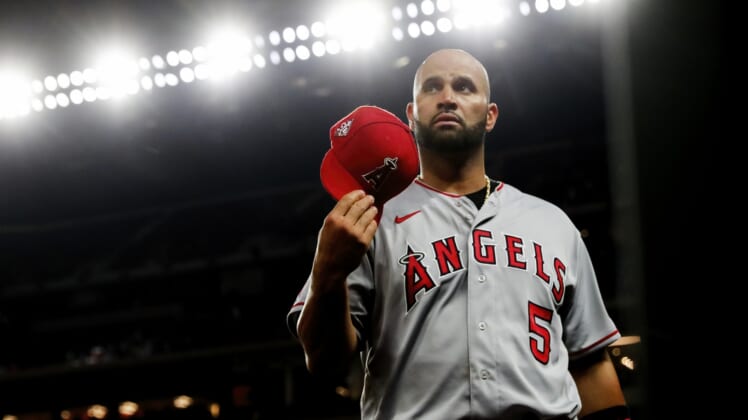 Albert Pujols wants to keep playing, but is there a fit for the future Hall of Famer once he clears waivers from the Los Angeles Angels?

Pujols needs 33 home runs to become only the fourth player in Major League Baseball history to hit 700 for a career. But he also struggled at the plate in 24 games for the Angels this season, batting just .198 and slugging .372 with five homers and 12 RBIs.

Pujols enjoyed the 10 best seasons of his career in St. Louis, and SportsBetting.ag is offering the Cardinals as the +150 favorite to sign Pujols as a free agent. However, the Cardinals have Paul Goldschmidt at first base and the National League does not have a designated hitter.

The American League would appear to be a better potential fit.

Pujols played for manager Tony La Russa in St. Louis, but the Chicago White Sox have reigning AL MVP Jose Abreu at first and Yermin Mercedes, who is hitting .386 this season, as their primary DH. Still, the White Sox are without Eloy Jimenez and Luis Robert and have the third-shortest odds to sign Pujols at +400. 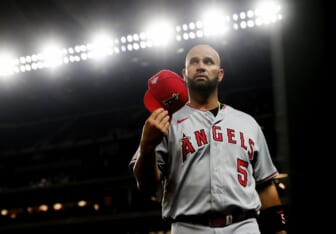 That is just behind the Toronto Blue Jays (+350), who present another interesting but complex potential landing spot.

Toronto has a bevy of young stars, including first baseman Vladimir Guerrero Jr. The team has been shuffling the lineup with outfielder George Springer missing most of the season to date, and Pujols could provide a bat against left-handers along with a strong veteran presence.

Tampa Bay’s designated hitters are collectively batting under .200 this season. That makes the Rays (+500) another potentially intriguing destination for Pujols.

After he passes through waivers and is officially released by the Angels, Pujols can be signed for the prorated minimum salary.