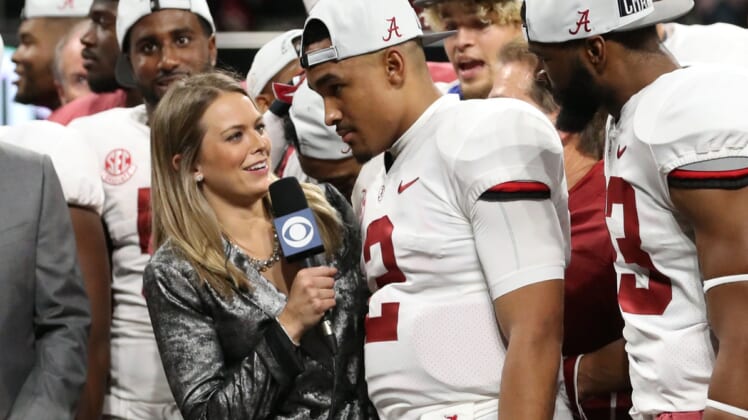 Jalen Hurts is widely considered a top candidate to transfer this offseason, but the Alabama quarterback has no interest in discussing that possibility right now.

Hurts met with the media during the lead-up to Bama’s showdown against Oklahoma in the Orange Bowl, a College Football Playoff semifinal.

“I’ve never said anything about transferring,” said Hurts, per Matt Fortuna of The Athletic. “Those words have never came out of my mouth. Those always have been assumptions.”

Hurts is expected to return a backup role behind Tua Tagovailoa, whose injured ankle is reportedly about 80-85 percent healthy. Tagovailoa has started every game in 2018 since leading Alabama to a national title last season.

The sophomore’s ascent led many analysts and fans to think Hurts would (or perhaps should) transfer from Tuscaloosa.

However, he decided to stay at Alabama, voiced his displeasure before the regular season began and ended up being a hero in the SEC Championship Game.

Once the College Football Playoff is over, attention will soon turn toward Hurts’ future. He graduated earlier in December, so he’s allowed to transfer freely if desired. That is the widespread expectation.

As of now, though, we haven’t heard it from Hurts. He wants that to be clear.