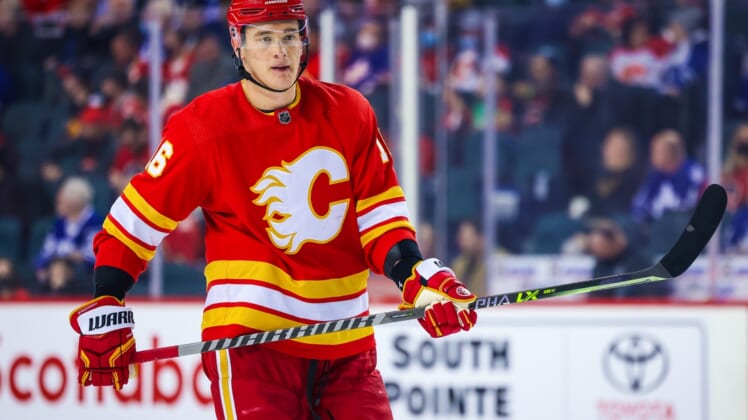 An NHL player agent who represents more than 75 percent of the league’s Russian and Belarusian players said his clients are facing “disturbing levels” of harassment over their home country’s invasion of Ukraine.

Dan Milstein, himself Ukrainian by birth, made the comments during an interview with ESPN on Tuesday.

“The discrimination and racism these Russian and Belarusian players are facing right now is remarkable,” Milstein told the network. “My own childhood home is being bombed as I speak to my friends back home. … But people are picking on the wrong crowd. I can speak on behalf of my clients: They want world peace like everybody else. They’re not being treated like that.”

Milstein said he is “very grateful” that the league has followed up on ensuring the safety of Russian and Belarusian players through arrangements of extra security.

Milstein represents clients such as Nikita Zadorov, Nikita Kucherov and Andrei Vasilevskiy and Ilya Sorkin. The Moscow-born Zadorov, for one, spoke out against the invasion on social media.

Milstein, who immigrated to the U.S. in 1991 and is now a U.S. citizen, further alleged that draft-eligible Russian players are being discriminated against.

“Some hockey executives have already expressed concern in the upcoming draft whether those players will ever be able to come out (of Russia) and play, and some of them are concerned about the public opinion when certain players are drafted,” Milstein told ESPN. “I try to understand the teams, and of course public opinion matters, but this is pure discrimination. And these are young men’s lives we’re talking about. Innocent young men who are now being punished.”