After injury scare, Tyler Lockett did not need surgery and should be okay going forward 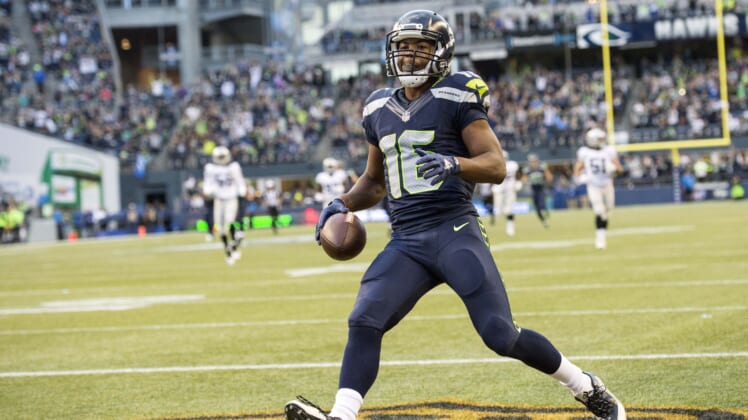 Seattle Seahawks receiver Tyler Lockett had an injury scare Monday night as he suffered a bad leg bruise that swelled up and caused him to be hospitalized. The good news is that surgery was not required to relieve pressure, and head coach Pete Carroll believes his receiver will be okay going forward.

Tom Pelissero of NFL Network relayed this information on Tuesday.

Lockett was hospitalized as a precautionary measure, as a flight could have exasperated his swelling.

Normally one of the top weapons for Russell Wilson in Seattle’s lineup, Lockett caught just three passes for 26 yards before suffering the injury Monday night. He was unable to play for most of the fourth quarter and overtime due to the severe bruise.

Now thanks to a bye week, Lockett should have plenty of time to heal up in time for Seattle’s next game in Week 12 against the Philadelphia Eagles.