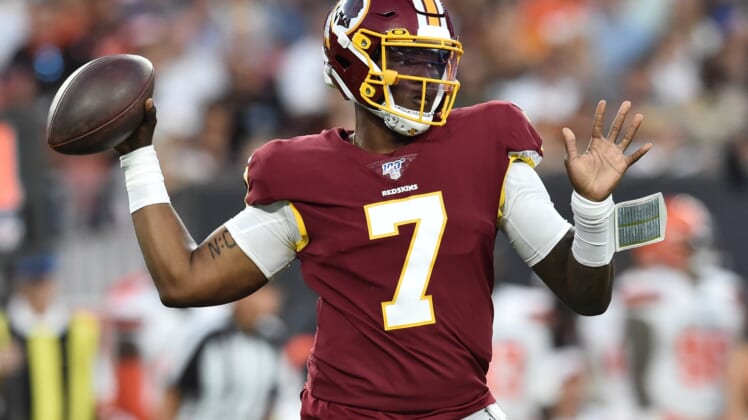 The throw was truly awful. Keenum airmailed his receiver, and the ball went right to Clinton-Dix who had a caravan all the way to the end zone.

Not surprisingly, many fans got restless and started calling for the Redskins to bench Keenum in favor of rookie Dwayne Haskins.