Minnesota Vikings running back Adrian Peterson probably should refrain from tweeting ever again after his most recent run-in with the social media site. 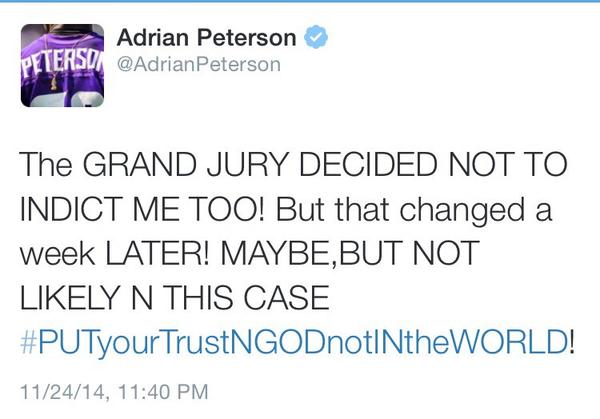 Come on AP, there is nothing good that can come from displaying this message to the masses while the city of Ferguson is almost literally being burnt to the ground in protest following a grand jury decision not to indict Darren Wilson in the death of Michael Brown.

And comparing this situation to yourself. Yeah, that’s a bit too much for this one scribe.