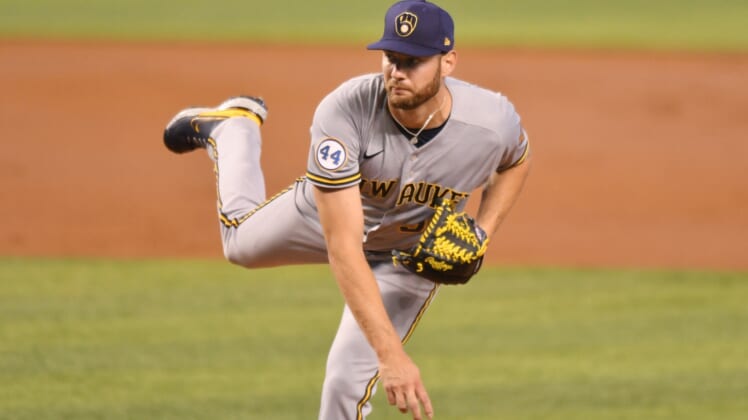 Pitcher Adrian Houser homered for the second time in three starts — both times against Daniel Castano — as the Milwaukee Brewers defeated the host Miami Marlins, 6-2, on Saturday night.

Avisail Garcia also clubbed a two-run homer to help Milwaukee break its six-game losing streak, its longest skid since 2018. Garcia and Kolten Wong each went 3-for-5.

Houser (3-3) went six innings, allowing five hits, zero walks and two runs, striking out a career-high-tying 10 batters. Of his three wins this season, two are against the Marlins.

Miami leadoff batter Miguel Rojas homered in the first inning. It was the fourth consecutive game during which Rojas has scored a first-inning run, including two on homers.

The Brewers, who have had 19 players on the injured list this year, escaped serious damage when Tyrone Taylor was hit by a pitch on his left wrist.

After Rojas’ homer gave Miami a 1-0 lead, Milwaukee went on top 2-1 with a pair of third-inning runs. Wong started the rally with a ground-rule double, and he scored on a Taylor single.

Then, after loading the bases with one out, Luis Urias drew an RBI walk.

That gave Milwaukee its first lead in 56 innings, and the Brewers made it 3-1 with Houser’s homer in the fourth.

After Taylor was hit by a pitch in the fifth, Garcia followed with his two-run dinger on a high fly to left.

Miami cut its deficit to 5-2 with a run in the sixth. With two outs and none on, Corey Dickerson poked an opposite-field double, scoring on Adam Duvall’s single.

Milwaukee got that run back in the eighth. Manny Pina, fresh off the injured list after suffering a fractured toe, started the rally with a single. He went to third on Pablo Reyes’ ground-rule double and scored on Jacob Nottingham RBI groundout off the leg of reliever Richard Bleier, who remained in the game. 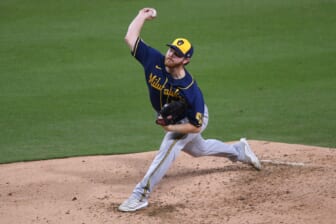 Also Read:
How Milwaukee Brewers’ rotation can carry them in National League