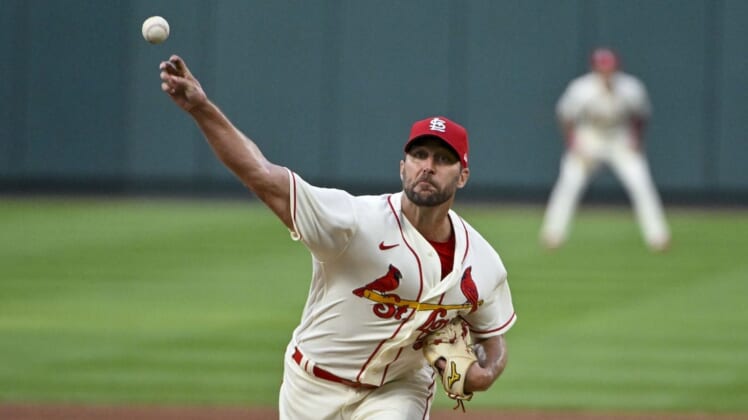 The St. Louis Cardinals will try to complete a series sweep of the Colorado Rockies on Thursday and add to their recent home-field dominance.

The Cardinals won the first two games of the three-game series 5-4 and 5-1. They have won 12 of their last 13 home games to improve to 39-21 this season at Busch Stadium.

St. Louis earned 14 victories in its past 18 games overall to climb into the National League Central lead by three games over the Milwaukee Brewers.

The Rockies have lost three straight games and 12 of their past 17.

Adam Wainwright (8-8, 3.27 ERA) will get the starting assignment for the Cardinals on Thursday after taking a no-hitter into the seventh inning against Milwaukee on Saturday in his latest outing.

“I had good stuff, a good plan,” he said. “I was executing well. I had command of everything. I really wanted to throw a no-hitter. I really did. From the first inning on, I thought it was going to be the night.”

Wainwright held the Brewers to one run on three hits while striking out eight in nine innings. Milwaukee eventually won the game 3-2 in 10 innings.

“That was a really nice job to go nine,” Cardinals manager Oliver Marmol said. “He got every leadoff man out every inning. That’s as efficient as you can be.”

Wainwright is 11-1 with a 1.48 ERA in 17 career appearances, including 13 starts, against the Rockies. He did not face them last week in Denver when Colorado won two of three games against St. Louis.

The Rockies will counter with Antonio Senzatela (3-6, 4.67 ERA), who will be looking to record his first victory since June 19.

Senzatela has met the quality-start metric in four straight starts while allowing 11 runs over 25 2/3 innings during that span (3.86 ERA).

He is 2-3 with a 5.11 ERA on seven career starts against the Cardinals.

While the Cardinals are in the thick of the playoff chase, the Rockies are in last place in the NL West. They are trying to retain their competitive spirit while playing out a lost season.

“You want to try to win every single game,” Rockies pitcher Kyle Freeland said. “When you look at the record and look at where we are in the standings, it’s a tough pill to swallow. Regardless, we are going to show up every single day to try to win a baseball game.”