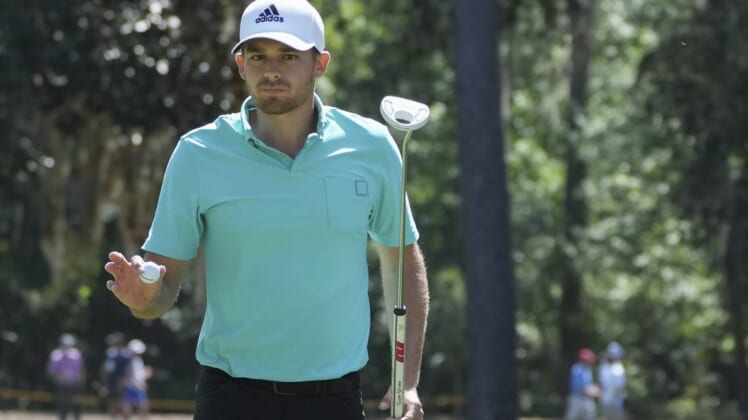 Golfer Aaron Wise was struck in the head by a tee shot from Australia’s Cameron Smith during Friday’s second round of the PGA Championship at Southern Hills Country Club in Tulsa, Okla.

Smith’s drive at the second hole sliced badly to the right and hit Wise in the adjacent seventh fairway.

“I was walking down seven, surprised my ball was in the fairway, and then next thing you know, I mean there’s a little bit of ringing in my head,” Wise said, according to ESPN.

Wise said he was down for “maybe 20 seconds” before being able to recover and finish his round.

“Thankfully, he’s fine,” said Joel Dahmen, one of Wise’s playing partners. “It was a glancing blow, but the ball took off another 40 or 50 yards down the fairway. It ended up in the rough. You could hear it. All the spectators heard it. It was loud.”

Wise finished off his round at 2-over 72 to make the cut at 1 over. He had three holes to go when the incident occurred because he began his round on the back nine, and wrapped up par-par-bogey.

“You know, obviously, there’s a lot of adrenaline in the body after something like that happens,” Wise said. “I was just trying to calm myself down and get back to being somewhat normal for the last few holes.”