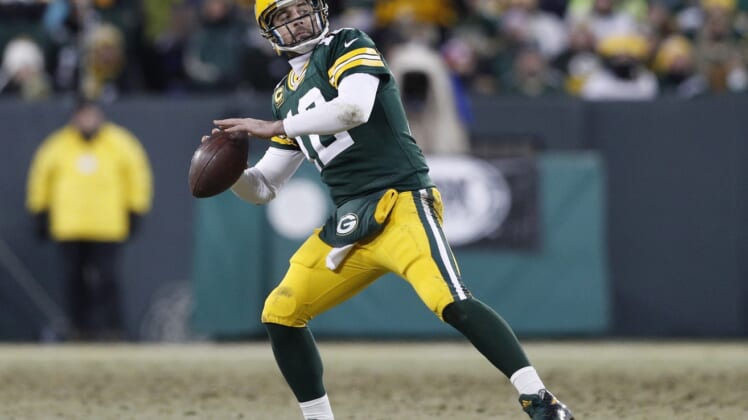 It’s no secret that Aaron Rodgers is the Hail Mary king of the NFL. Every year for the past few seasons we’ve been treated to at least one successful Hail Mary touchdown that blows our minds. The latest occurred just this past weekend near the end of the first half in the Wild Card round when the Green Bay Packers beat the New York Giants (watch here).

Interestingly, but perhaps not surprisingly, Rodgers can credit some of his success to conversations he’s had with an astronaut about the physics of ball flight.

After winning an episode of Jeopardy in 2015, Rodgers befriended a retired astronaut, Mark Kelly, who competed against him in the show, and the two of them have had subsequent conversations on this topic.

Among  the angles they have delved into, Rodgers has asked about how wind and weather affect the trajectory of deep passes. He wanted to know how he could best give his receivers an opportunity to position themselves under the ball.

“Timing is everything and fortunately it is so cold in Green Bay there isn’t significant re-entry heating,” Kelly said, per Sports Illustrated. “I’m kidding, of course.”

Being able to throw the ball high enough and far enough to pull off the kinds of ridiculous throws Rodgers has requires a rocket for an arm, so it’s not all about knowledge here. Blessed with one of the strongest arms in the league — if not the strongest — the Packers quarterback has the ability to put balls into orbit, as you can see on this throw last year in Arizona.

But the fact that Rodgers, a guy who has more arm talent than pretty much everyone in the league, has gone to these lengths to perfect his craft is remarkable. It shows his passion and dedication to the game, and it helps us understand how he could possibly be so consistently good on passes that usually don’t work out for other quarterbacks.