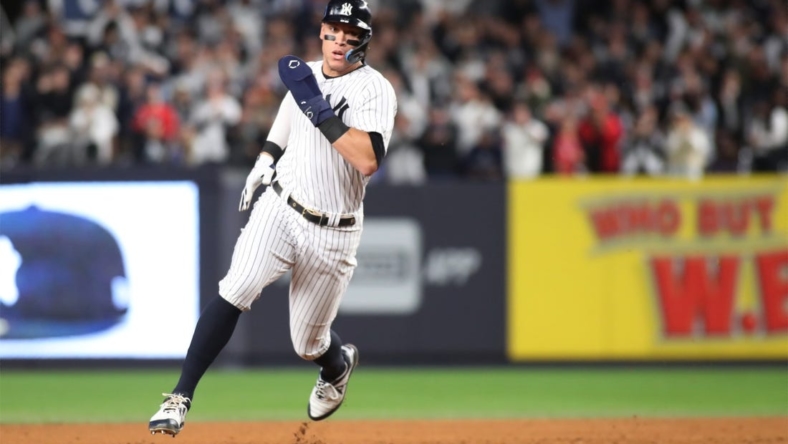 Judge’s historic season saw him surpass Roger Maris in the history books for the single-season American League home run record with his 62nd long ball in Arlington, Texas, during the last week of the season. His 62 home runs were 16 more than the next-highest total (Phillies LF Kyle Schwarber with 46) which is the largest gap since Jimmie Foxx led the home run race by 17 in 1932.

Goldschmidt, meanwhile, picked up the Hank Aaron Award for the second time thanks to a career season in which he led the National League in slugging (.578) and OPS (.404) while coming in second in RBIs (115) and third in batting average (.317).

In July, Goldschmidt, 35, was named the starting first baseman for the NL All-Star team, marking his seventh All-Star selection since coming into the league with Arizona in 2011.

The Hank Aaron Awards recognize the most outstanding offensive performers in each league. Players are nominated for consideration by each team, then a panel of MLB.com writers determines eight finalists for each league.