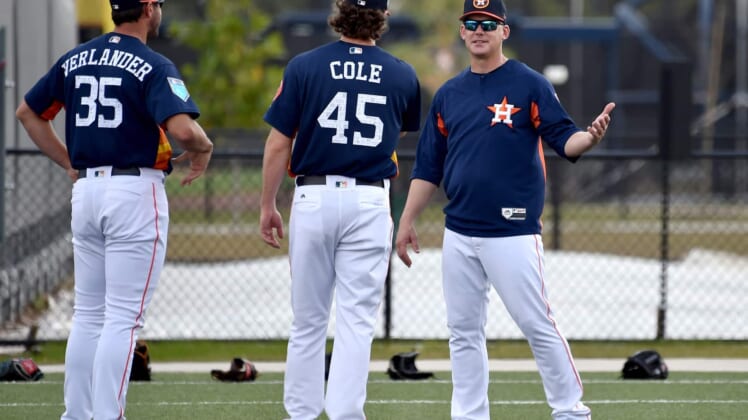 A.J. Hinch isn’t going anywhere. According to a report, the Houston Astros will announce on Thursday that they’ve extended the contract of the manager.

There’s really no surprise here. Hinch took over as Houston’s skipper prior to the 2015 season, right as the Astros were coming out of a long rebuild. Things have certainly gone well.

The Astros have had four straight winning seasons under Hinch, made the playoffs in 2015 and 2017, and are all but certain to return in 2018. Of course, the 2017 postseason trip ended with a World Series win, the first in franchise history.