6 NFL Players Under Increased Pressure in 2015

Every NFL player faces the pressure to perform at their best to help their team win enough games to reach the postseason, but here are six players—in descending order—who will be under increased pressure this season due to various circumstances.

McFadden found himself out of a job in Oakland after spending seven seasons with the team. Fortunately for McFadden, the Cowboys were willing to take a flier on him for 2015. They signed him to an ultra-cheap one-year deal that makes him quite disposable if he doesn’t perform well or sustains an injury.

While the team is reportedly planning to split the carries among their slew of running backs, if McFadden doesn’t impress while on the field, he’ll be looking for a new home next March. Even worse, a bad season in Dallas could be the demise of McFadden’s NFL career. 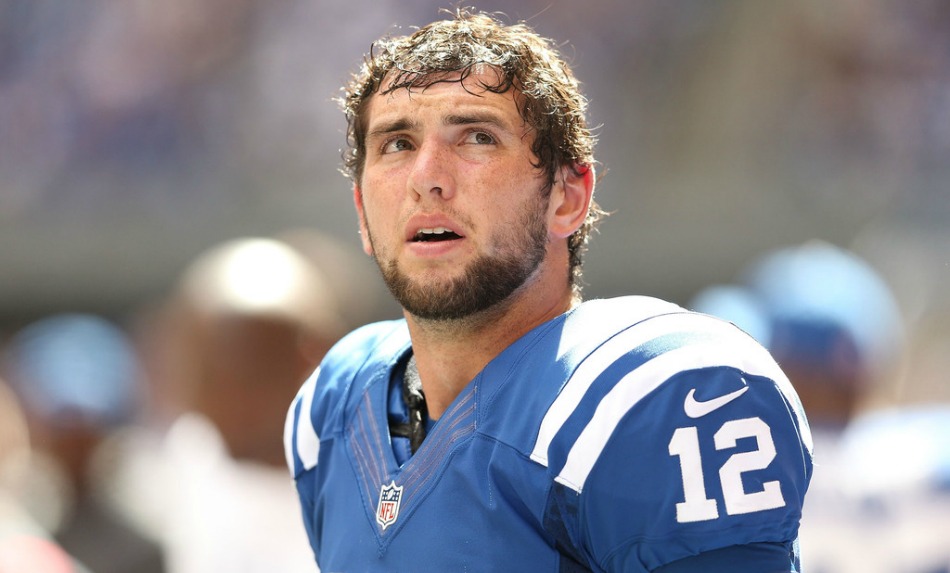 Courtesy of USA Today Images: Luck is about to get a massive extension, but that money means more pressure to win.

Luck and the Colts will enter the 2015 campaign with a Super Bowl as their goal. Since Luck was drafted No. 1 overall, he’s led the Colts to the postseason in each of his three seasons. The Colts appeared in one playoff game in 2012, two in 2013 and three last year.

Unfortunately, their obstacle in the later two seasons was the New England Patriots, and both losses were absolute thrashings. Luck and the Colts played so horribly in the AFC championship against the Patriots this year that it did not matter that the Tom Brady and the New England offense was using under-inflated balls. The Patriots slaughtered Indy 45-7.

To overcome that embarrassing playoff outing, Luck—who is playing in his final year of his rookie contract—needs to make a run at the Super Bowl this year.

If Bradford stays healthy through training camp and earns the chance to start in 2015, he will be under immense pressure to remain upright and prove he is Chip Kelly’s face of the franchise. A first-round pick of the St. Louis Rams in 2010, Bradford has played in only seven NFL games during the past two years. He will begin his sixth pro season in a new environment after suffering back-to-back ACL surgeries.

Now, Kelly wouldn’t have traded for Bradford if he didn’t believe the quarterback could lead the team farther than it has gone with Nick Foles and Mark Sanchez were under center. But Bradford is in a contract year, and if he wants to ink a lucrative extension, the Oklahoma product must guide Philly to the playoffs. Bradford never achieved more than seven wins while in St. Louis.

Should Bradford fail to impress early in the season, he may wind up as Sanchez’ backup. That’s not exactly something he would want to write home about. 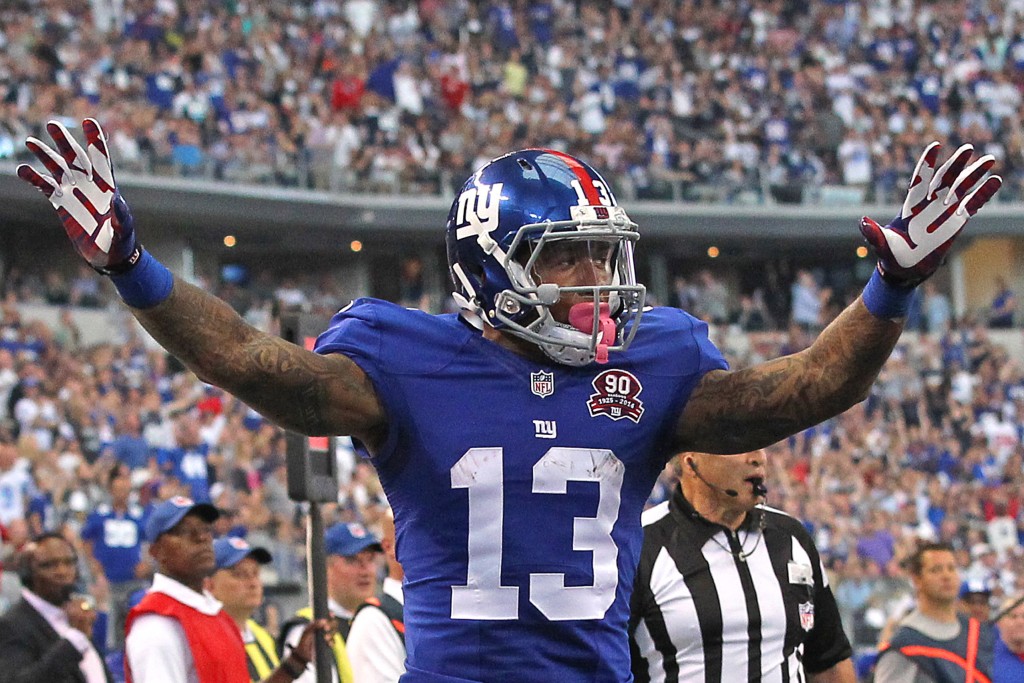 Courtesy of the NY Post: Beckham Jr was among the most productive rookie WR’s in NFL history.

Beckham faces pressure to repeat off-the-charts success from his rookie campaign where he was named Offensive Rookie of the Year honors and eventually earned a prestigious Madden cover. Beckham put up jaw-dropping numbers in 2014 with 91 receptions, 1,305 yards and 12 touchdowns. And, he accomplished this in only 12 games.

Can Beckham repeat this same success in his second season? Will he fall victim to the vaunted “sophomore slump” or dreaded Madden curse? Like last year, Beckham is dealing with a sore hamstring that kept him out of the team’s minicamp in June. Beckham will be under extreme heat to prove his rookie season wasn’t a fluke. Additionally, wideout Victor Cruz will return and could take some of the targets away from Beckham.

Hopefully OBJ can keep his elite production going in 2015 and help the Giants continue on their upward trend.

Dalton boasts four consecutive postseason appearances, but Cincinnati has lost each of those four outings. Dalton has typically crumbled under pressure when it comes to televised or playoff games, considering the Bengals are 3-11 in such matchups.

Earlier in the offseason, backup quarterback AJ McCarron reportedly started to turn heads. Don’t be surprised if we see the second-year quarterback get a chance if primetime Dalton slips into his old pattern this year. 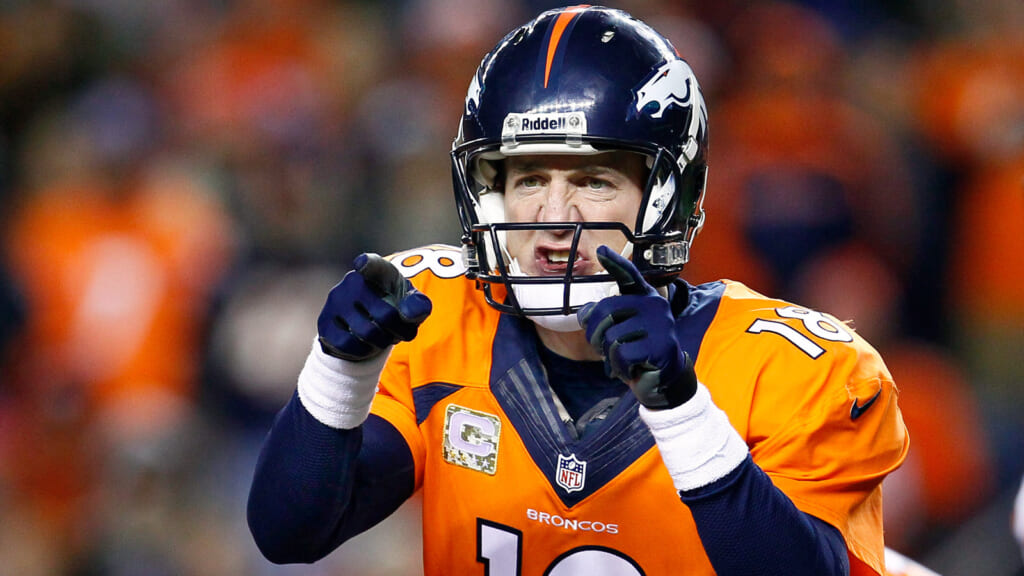 Courtesy of USA Today Sports: Peyton has one more chance to win Super Bowl No. 2.

Manning could be entering the final year of his NFL career. The 39-year-old started to show the signs of aging throughout 2014. His production declined severely after he sustained and concealed a thigh injury late in the season.

Unfortunately, Manning and the Broncos didn’t make it past the first round of playoffs, getting handily beaten by the Indianapolis Colts in the divisional matchup. It even took Manning a couple of months following the season to shake it off and to decide whether or not he would return for one more go-round.

The 2015 campaign could be Manning’s last chance at toting the Lombardi Trophy. It could also be the Broncos’ last opportunity to appear in a Super Bowl for quite some time, because it doesn’t appear realistic that backup quarterback Brock Osweiler will lead a deep postseason run.

Manning faces the challenge of a new coach and new offensive scheme, and any stumbles along the way certainly won’t help. Anything short of making it to the Super Bowl in 2015 could have the Broncos filed under the “irrelevant” category once the season is in the books.