We may only be three weeks through the 2014 NFL season, but a ton of under-the-radar players have stepped up and performed at a high level thus far.

Statistically speaking, we are currently in the midst of the golden age of quarterbacks. With passing through the roof compared to even a decade ago, signal callers are putting up 4,000-plus total yards on a consistent basis. This makes it hard to judge which quarterbacks are performing at a higher level than others.

The same can be said for wide receivers, who are tallying triple-digit catches at a higher rate than during any point in the history of the league.

It is with these statistics that we can expand on the performances of some players by looking at their importance to team success. That’s what we plan on doing here in looking at five unlikely early-season NFL MVP candidates. 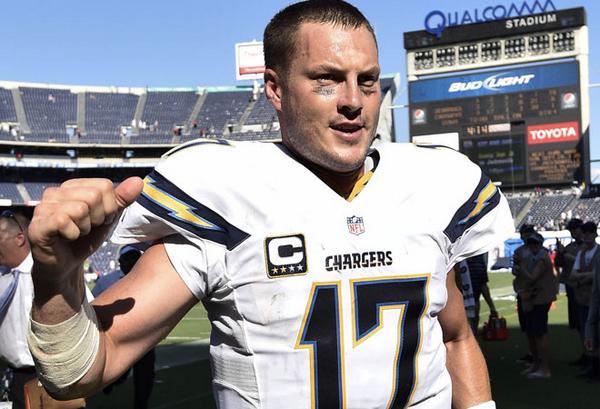 Courtesy of Chargers.com: Rivers’ early-season performance ranks among the best in the NFL.

Rivers has been a top-three quarterback in the NFL since the start of the 2013 campaign. Thus far this year, all he’s done is put up a stellar performance against the defending Super Bowl champions and push the Chargers to the brink of elite status in the AFC.

Considering we have less than a handful of games to use as a barometer here, Rivers’ game against the Seattle Seahawks stands out the most. He completed 28-of-37 passes for 284 yards with three touchdowns and zero interceptions in the 30-21 victory. All said, Rivers is completing over 68 percent of his passes with seven touchdowns and just one pick. He’s also accounting for nearly 80 percent of San Diego’s total yards through three games. For comparison’s sake, Peyton Manning is accounting for the same percentage of his team’s yards in 2014. This just goes to show you how valuable Rivers has been during the early part of the 2014 season. 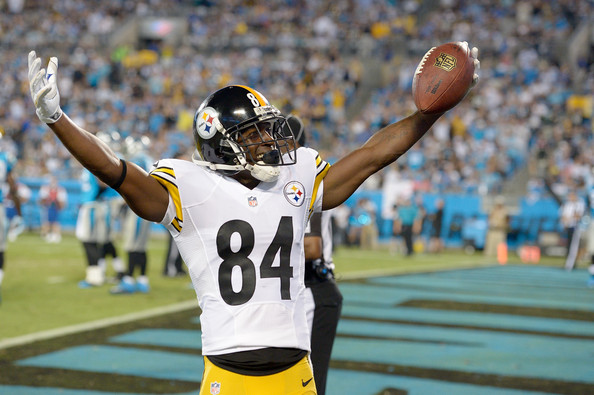 Courtesy of Zimbio: Brown has quickly become one of the most valuable WR’s in the NFL.

After putting up 10 catches and two touchdowns on 10 targets last week against the Carolina Panthers, Brown ranks fourth in the NFL in receptions and fifth in receiving yards. He’s accounting for 33 percent of the team’s receptions and is on pace to break Hines Ward’s single-season franchise records for receptions.

More important than this, Brown has helped Pittsburgh’s offense overcome some early-season struggles and seems to be gaining an even stronger relationship with quarterback Ben Roethlisberger. The idea behind having Brown so high on this list is simply due to the fact that he’s more important to his team’s success on offense than nearly any other receiver in the NFL, Calvin Johnson included. That’s mighty high praise right there. 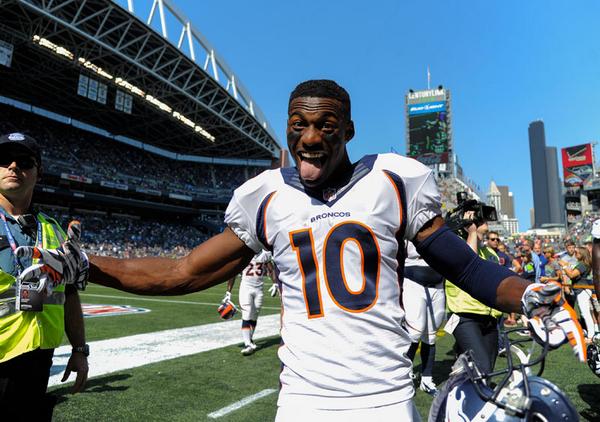 Speaking of the Steelers, no one could have anticipated what Sanders would be doing in Denver this season after he struggled to put up even 700 yards last year in Pittsburgh. Sure the free-agent acquisition is helped out a great deal by the presence of Peyton Manning, but I would argue that he’s helped out the future Hall of Fame quarterback just as much as Manning has helped him out.

With Demaryius Thomas struggling to make the same impact that we saw last season, Sanders has become one of the most important pass-catching options in the NFL. He currently leads the NFL in receptions at 25 and is catching 76 percent of the passes thrown in his direction. What’s amazing about Sanders’ performance is the fact that Thomas has struggled opposite him. The 2013 Pro Bowl performer is bringing in less than 50 percent of targeted passes in his direction and has just 13 receptions on the season. As to where Sanders has accumulated 34 percent of the team’s receptions, Thomas stands at just 17.6 percent through three weeks. That’s an amazing statistic in and of itself. 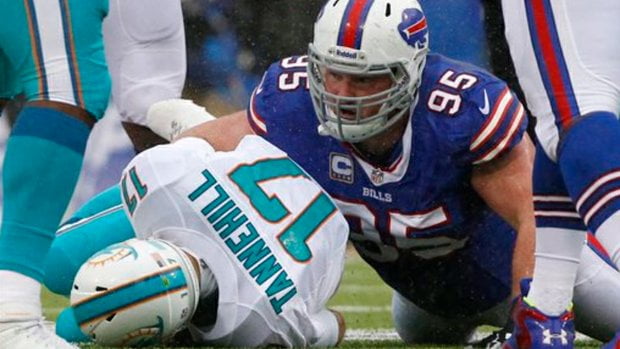 Courtesy of UT-San Diego: Williams will get play for Defensive Player of the Year.

With all due respect to other defensive linemen this season, no one has been as dominating as Williams through three games. While players at this position never earn play for the MVP Award (see J.J. Watt in 2012), it’s gaining in importance a great deal in recent seasons, especially with the trend towards a passing league.

Through three games, Williams has racked up nine tackles, one sack, an interception and nine quarterback hurries. According to Pro Football Focus (subscription required), Williams ranks first among all interior defensive linemen with a +10.7 grade.

This wouldn’t mean a whole lot if the Bills defense wasn’t performing at a high level. But they rank eighth in the NFL in points against and sixth in sacks. Williams’ ability to fill the gap and help outside pass rushers is right up there among the best players at his position in the NFL. It also helps that he continues to be stout against the run, which has helped Buffalo’s defense rank sixth in the league in that category through three weeks. 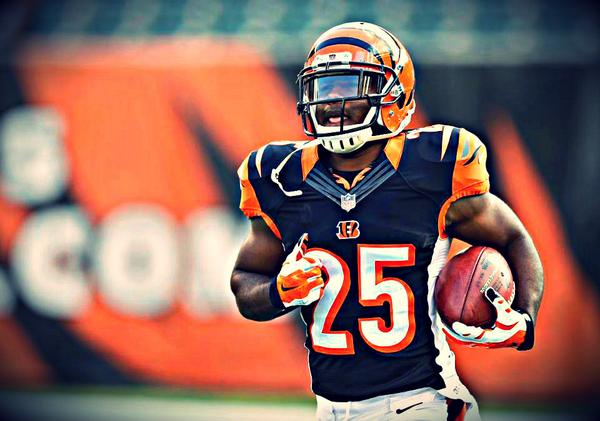 Some will point to Bernard’s 3.4 yards per attempt average and conclude that his inclusion in this article is ridiculous. While that may hold some ground, the second-year running back has helped Cincinnati’s offense become more consistent with a larger role this season than as a rookie. You can thank Hue Jackson being a much better offensive coordinator than Jay Gruden for that, especially considering Bernard is averaging 22.3 touches per game in 2014 compared to 14.2 last season.

Bernard’s overall numbers are pretty ridiculous. He leads NFL running backs with three rushing touchdowns and is averaging 111 total yards per game. The former second-round pick is on pace for 1,800 total yards and is accounting for 29 percent of Cincinnati’s total yards through three games. For comparison’s sake, LeSean McCoy, who was getting some preseason play for MVP, is accounting for just 18.3 percent of his team’s yards.