5 Most Underpaid NFL Players of the 2014 Season

When it comes to professional sports, most athletes are putting their money where their mouth is. And when it comes to the National Football League, some of these athletes simply aren’t getting paid up to the level of their performances.

Last week, we ran a piece on the five-most overpaid players in the NFL. In continuing with that theme, it made sense to look at the opposite end of the ledger.

Here are the five-most underpaid players in the league this season. 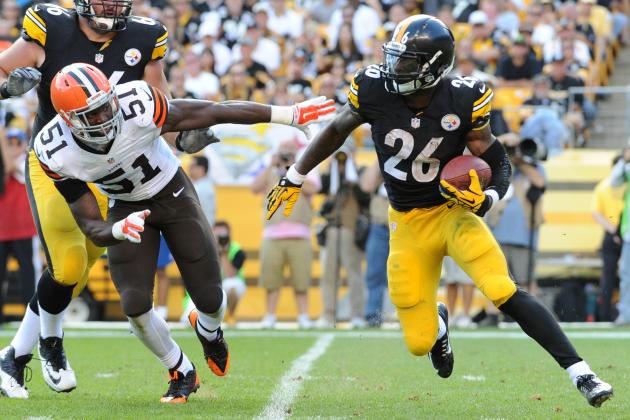 Before you break out Bell’s run-in with the law in the preseason, let me go over some numbers. The second-year running back has a total of 10 touchdowns this season, three of them alone coming against the Cincinnati Bengals earlier this month. In addition to the touchdowns, Bell is averaging 91.3 rushing yards per game and has tallied over 2,000 total yards. He also leads all NFL running backs with 76 receptions.

His quarterback, Ben Roethlisberger, even named him as an MVP candidate

For comparison’s sake, Frank Gore earns $6.4 million a year. In 14 games, Gore has a total of 804 yards and four touchdowns.

Even though DeMarco Murray is being defined as the NFL’s top running back this season, Bell isn’t too far behind. 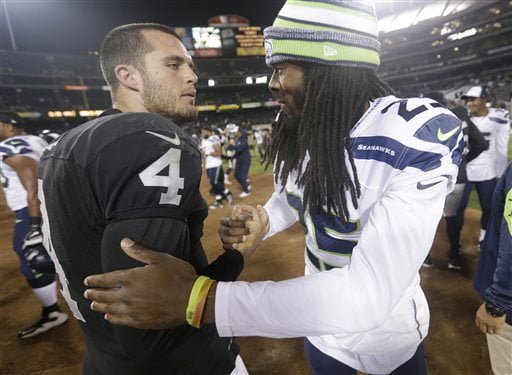 Courtesy of The News Tribune

Based on the rookie pay scale, Carr is unfortunately earning a lot less than he should be at this point. He currently owns every franchise passing record for a rookie and is the only quarterback from the 2014 draft class to start all 14 games. That’s without discussing the fact he has a less than average offense “supporting” him.

Carr has put up 2,898 yards and 18 touchdowns compared to 11 interceptions through 14 games. He is also making less than Johnny Manziel. Yeah, I went there. 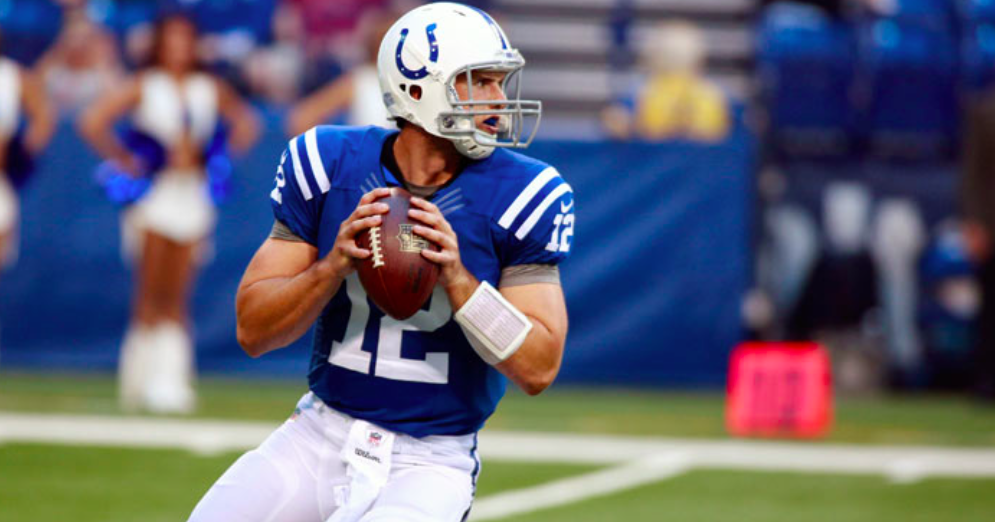 This one breaks my heart. Not only does Andrew Luck have the numbers to support a huge raise, but he had to fill Peyton Manning’s shoes.

Before I give you the reasons why Andrew Luck is on this list, former Baltimore Ravens head coach Brian Billick had something to say about Manning’s successor:

The Indianapolis Colts had 13 years of Peyton Manning and now they’ve got Andrew Luck. That’s potentially 30 years of elite level of quarterback, said Billick. My gosh, if I could have gotten that, I’d still be coaching.

Luck has impressive down-field accuracy, and for a bigger guy his mobility isn’t bad either. He’s no Colin Kaepernick when it comes to running the ball, but he has the ability to move around the pocket.

Let’s talk numbers. The 25 year-old has nearly 4,500 yards and 41 touchdowns through 14 games this season . He’s maintained nearly the same level of consistency since he was drafted in 2012. However, his touchdowns have almost doubled, and they probably could come close by season’s end. Luck is absolutely unstoppable. If Indy wants to hold on to him, they better put more money into him. 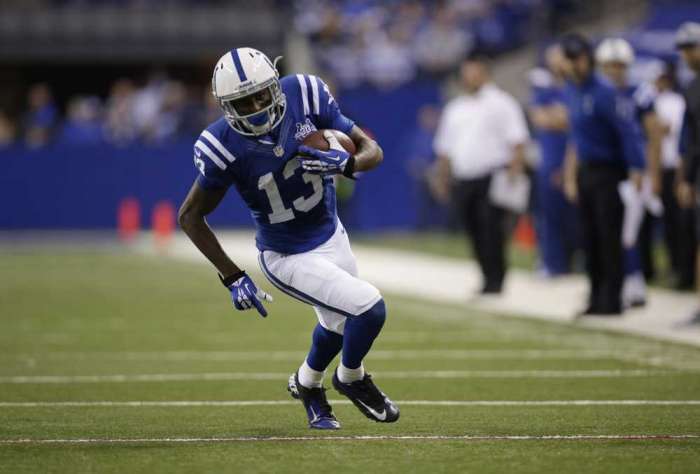 I realize this is the second Indianapolis Colt I have on this list. But without T.Y. Hilton, Andrew Luck couldn’t be as successful.

With future Hall of Famer Reggie Wayne dealing with injuries this season, Hilton has not only stepped up to the plate and surpassed Wayne’s numbers, but has made a huge impact on the Colts offense.

Hilton has put up 1,345 receiving yards and seven touchdowns this season. Those latter numbers may not seem too impressive, but it’s important to note that Luck likes to spread the ball around through the air. Indianapolis also ranks third in the NFL in scoring this season.

Hilton is also nicknamed “The Ghost,” which was given to him by Chuck Pagano since he “often winds up behind defenses seemingly unnoticed.”

Wilson is legitimately the most under-paid player in the NFL. Just think about this for a second. Jay Cutler earns more money per start than Russell Wilson is going to make this entire season. And while working under a rookie contract and being selected in the third round surely does hurt Wilson here, he’s going to get a huge payday in the offseason.

However, it’s still absurd that the National Football League limits rookie contracts in this way. Is there anyone here who thinks Wilson shouldn’t have been able to sign an extension after leading Seattle to the Super Bowl last season? I didn’t think so.

All salary information is based off 2014 cap hits and are provided by Spotrac.com