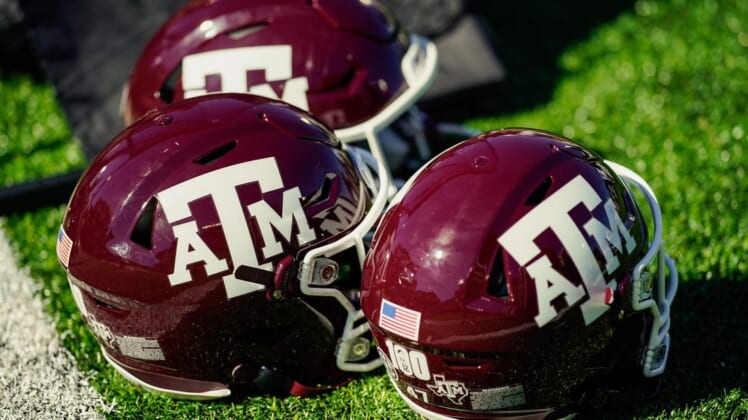 Hill is the No. 1 linebacker and the No. 15 overall player in the Class of 2023, as ranked by the 247Sports composite. He announced his commitment with a video posted to Twitter.

The 6-foot-2, 225-pound prospect is from Denton, Texas. He chose the Aggies over finalist Texas, and he was pursued by major programs that included Oklahoma, Alabama, Miami and Southern California.

“Just being able to play SEC football in Texas and of course that D-line and defense,” Hill told 247Sports about why he chose the Aggies. “I always liked A&M. They were one of the first schools to offer me and looking at them it got better throughout time.”

In his junior season in 2021, Hill had 131 tackles, eight sacks, two interceptions, three fumble recoveries and two touchdowns scored on turnovers, per 247Sports.

Texas A&M finished the 2022 recruiting cycle with the No. 1 class in the nation in the 247Sports rankings. The class includes eight five-star prospects.