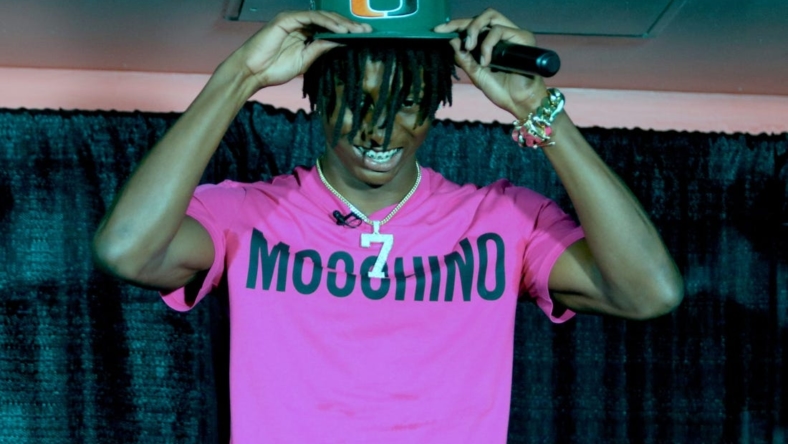 The Lakeland (Fla.) High star made his announcement at a nationally televised ceremony.

In the 247Sports Composite that tracks numerous recruiting rankings, McClain is listed as the No. 2 player in the class, behind only Texas-bound quarterback Arch Manning of the Isidore Newman School in New Orleans.

ESPN lists McClain as the fourth overall player in his class.

McClain said of his decision, according to 247Sports, “Miami … it’s just a cool atmosphere. I would say it feels like home. Obviously, Miami is a great school and I can say that they got a dog coming.”

“He’s a young coach that knows what’s going on and that’s a great thing for me,” McClain said of Van Dyke, according to 247Sports. “He produces a lot of great athletes and I think that I can be one of them.”

ESPN reported that McClain is highest-ranked player to select Miami since it began rating high school recruits in 2009.