5 most dangerous safeties in the NFL today 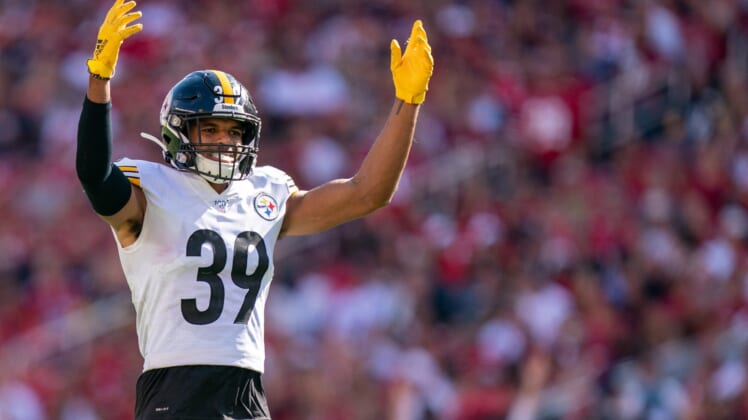 The last line of defense. Big hitters and ballhawks. The best, most dangerous safeties in the NFL today can do it all for their respective teams.

Taking a gander around the NFL, it’s clear that there is a ton of talent around the league at this position. For the purposes of this list, we’re highlighting the five most dangerous playmakers — guys who can wreak havoc behind the line of scrimmage and on the back end.

A former undrafted free agent out of Virginia, Harris has become one of the NFL’s premier safeties the past couple of years. He’s still trying to work out a long-term contract with Minnesota but recently signed his $11.4 million franchise tag. The Vikings would be smart to lock him up for the foreseeable future before his price tag rises even higher.

Where Harris shines is on the back end. Minnesota has Harrison Smith for the down-and-dirty work, allowing the free safety to run and cover. In the past two seasons, he’s tallied 106 tackles, nine interceptions and 19 passes defensed.

What a difference a change of scenery made for Fitzpatrick last year. A first-round pick out of Alabama in 2018, he struggled in Miami without a concrete role. Once he was traded to Pittsburgh early last season, the light switched on and he dominated.

Fitzpatrick was every quarterback’s worst nightmare with the Steelers last year. His football smarts were put to great use in Pittsburgh’s system, and he flourished.

In 14 games, he piled up 57 tackles, intercepted five passes, scored two defensive touchdowns (watch here) and always seemed to be in the right place at the right time to make a big play for his team.

When talking about all-around playmakers in the NFL, Adams is right up there with the best of them. Set to enter his fourth season, the former first-round pick out of LSU has done nothing but dominate early in his career. He’s absolutely lethal as a blizter and has piled up 12 sacks in his first three seasons — including 6.5 last season.

But Adams isn’t just great at and behind the line of scrimmage. He’s also very good in coverage.

The complete player, Adams’ stats highlight his rare versatility to perfection: He has made 210 solo tackles in three years in addition to his 12 sacks, six forced fumbles, four fumble recoveries and two touchdowns.

There’s a good reason the Broncos are so intent on keeping Simmons around long term: He’s become the best cover safety in the NFL the past few years. No safety broke up more passes last season than he did (15). In the past four years he has consistently made big plays on the back end and has 11 to show for it.

Simmons really came into his own last season and was a force for the Denver defense. He started all 16 games, making 93 tackles and four picks.

Famously mistaken by Deion Sanders as a common fan on Twitter, Byard has become a household name due to his consistently impressive play on the back end for Tennessee. Graded the fourth-best safety in the NFL since 2017 by PFF recently, his play has been impressive to watch.