5 MLB Trades That Make Too Much Sense

The MLB hot stove is heating up as general managers from every team around the league meet to pretty much get the offseason going. It’s always fun to take a look at moves that might be made and trades that could be conducted.

And while it’s nearly impossible to predict trades in any sport, it’s still a fun exercise for both fans and writers alike.

That’s what we plan on doing below.

Courtesy of Fox Sports: There is little doubt that Colorado will move Tulo this offseason.

It’s going to take a bounty to pry Tulo away from the Rockies, but it’s rather obvious that he wants out of town. And based off common logic, the All-Star seems to want to play for the Yankees (not the Mets) in New York. While Brian Cashman has been against sending top prospects in deals recently, this could very well be an exception to the rule.

In order to replace Derek Jeter and not receive the flack of throwing someone like Brendan Ryan out there as a full-timer, this is a move the Yankees just might have to make.

In offering top catching prospect Gary Sanchez and another powerful bat in Greg Bird to the Rockies, Cashman would entice them into making a deal. Greene would only add to the package, especially coming off a 2014 campaign that saw him strikeout more than a batter per inning in 14 starts. It’s this type of offer that would enable Colorado to move Tulo…nothing less. 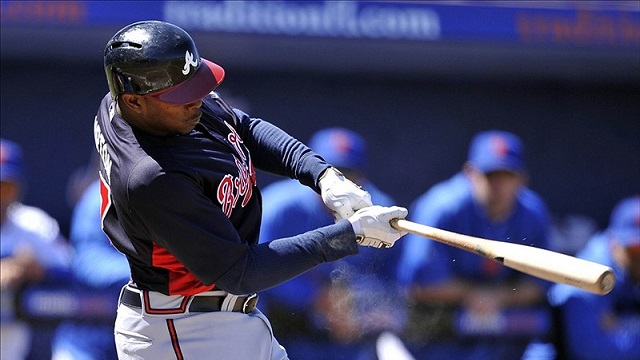 Courtesy of Rant Sports: If the Braves do put Upton on the market, he’ll be in demand.

By now it’s well known that the Mariners are looking to add bats to their lineup. The likes of Hanley Ramirez and Matt Kemp have both been linked to the up-and-coming team. With a budget that will enable general manager Jack Zduriencik to spend money in free agency, there is a possibility that Seattle could send top prospect Taijuan Walker packing and replace him with a top-tier free agent such as James Shields.

And in order for Seattle to land a top bat on the trade market, it will have to likely part with the dynamic young pitcher. This is only magnified by the team’s faith in James Paxton to be a front-line starter moving forward. Upton would be one heck of an offensive upgrade in the outfield. He put up 29 homers and over 100 RBIs this past season.

A deal like this also makes sense for the Braves, who may be willing to part with Upton. He’s set to become a free agent following the 2015 season and it’s highly unlikely the team will be able to retain him on a long-term deal. Adding a top-tier pitching prospect like Walker would be somewhat of a coup. Add into the mix Saunders, who is likely out of Seattle, and this could be a match made in heaven.

Any number of Phillies veterans could interest Billy Beane and the A’s.

Philadelphia would have to pick up a huge portion of Howard’s remaining contract to make anything work. It would likely have to send another player in order to make a deal worthwhile. Oakland is in need of another power bat after trading Yoenis Cespedes back in July. That deal also gave general manager Billy Beane some money to work with this offseason.

Howard would platoon as a designated hitter in Oakland, taking up the spot filled by an injury-plagued John Jaso last season. Despite leading the Majors in strikeouts this past season, Howard did show some solid power against righties. And in reality, Oakland could afford to pick up some of his deal. Giles, who was downright dominating in the Phillies bullpen in 2014, would be the carrott that Beane might demand in a deal with these parameters.

In terms of Philadelphia, Pomeranz is a solid young starter that it can put into the rotation immediately. The 26-year-old former top-10 pick put up a 2.35 ERA in 20 appearances (10 starts) for Oakland in 2014. 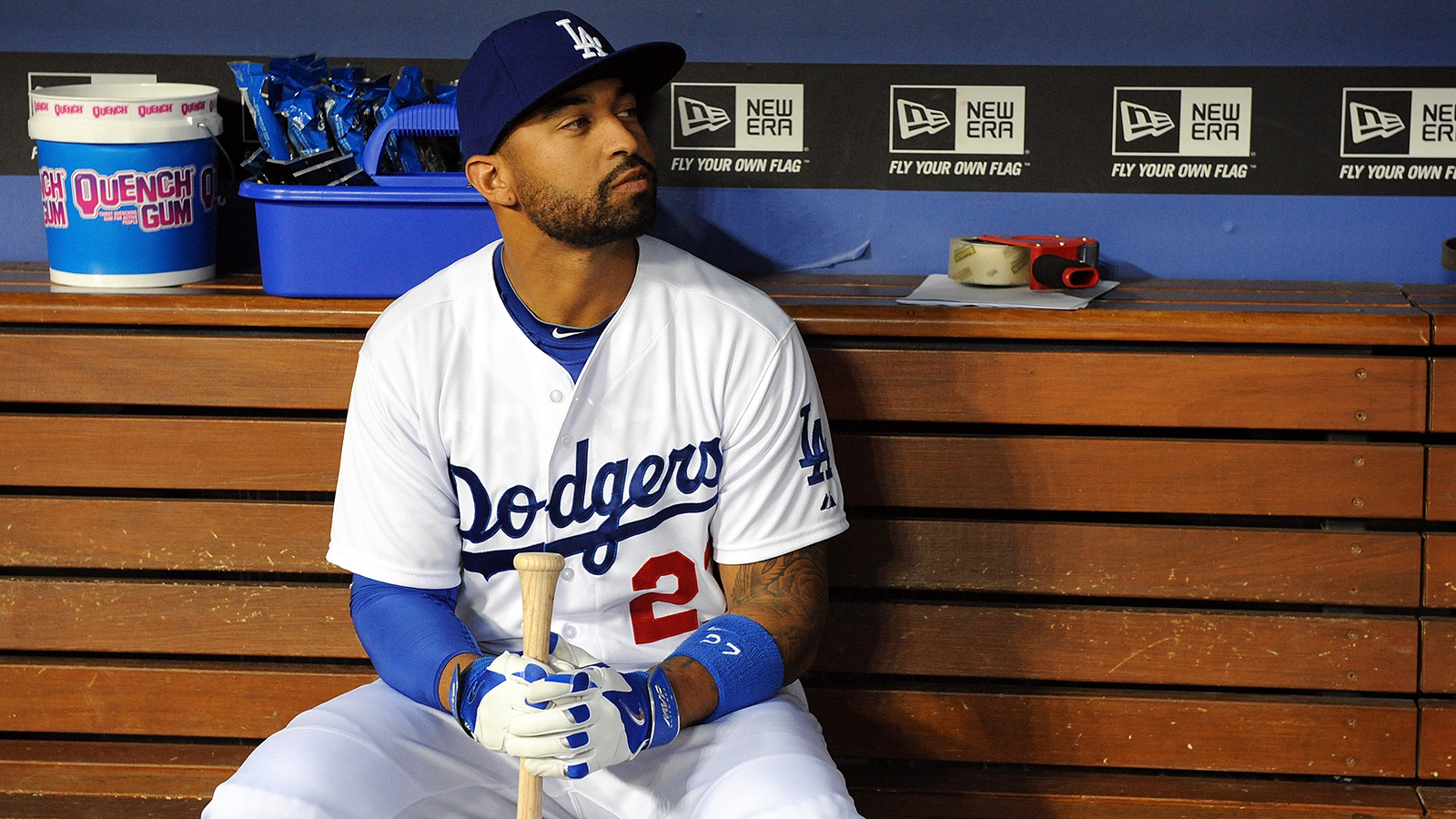 Under this scenario, the Tigers wouldn’t eat a nice amount of Kemp’s contact. This means that the return Los Angeles might get in a trade would be better than if it was forced to pay a nice chunk of his deal. Even with $107.5 remaining over the final five years of his deal, this makes Kemp somewhat valuable on the trade market.

With Torii Hunter potentially on his way out of Detroit, it is going to need to find another starter-caliber outfielder in the offseason. And while Kemp has been somewhat of an enigmatic figure since a near-MVP campaign back in 2011, he did hit 25 homers and drive in 89 runs this past season. It also helps that Kemp can play all three outfield positions.

As it relates to a return for the Dodgers, by eating most of Kemp’s contract, they can get a nice haul back for the veteran. Ian Krol is a potential late-inning reliever with some electric stuff. Meanwhile, Ray is one of the top prospects in the Tigers system. The 23-year-old struggled big time in the Majors in 2014, but he has the stuff to be a front-line starter moving forward. The Dodgers could also use him as trade bait to find a player at another position of need.

Cole Hamels From the Philadelphia Phillies to the Chicago Cubs for Addison Russell, C.J. Edwards and Christian Villanueva 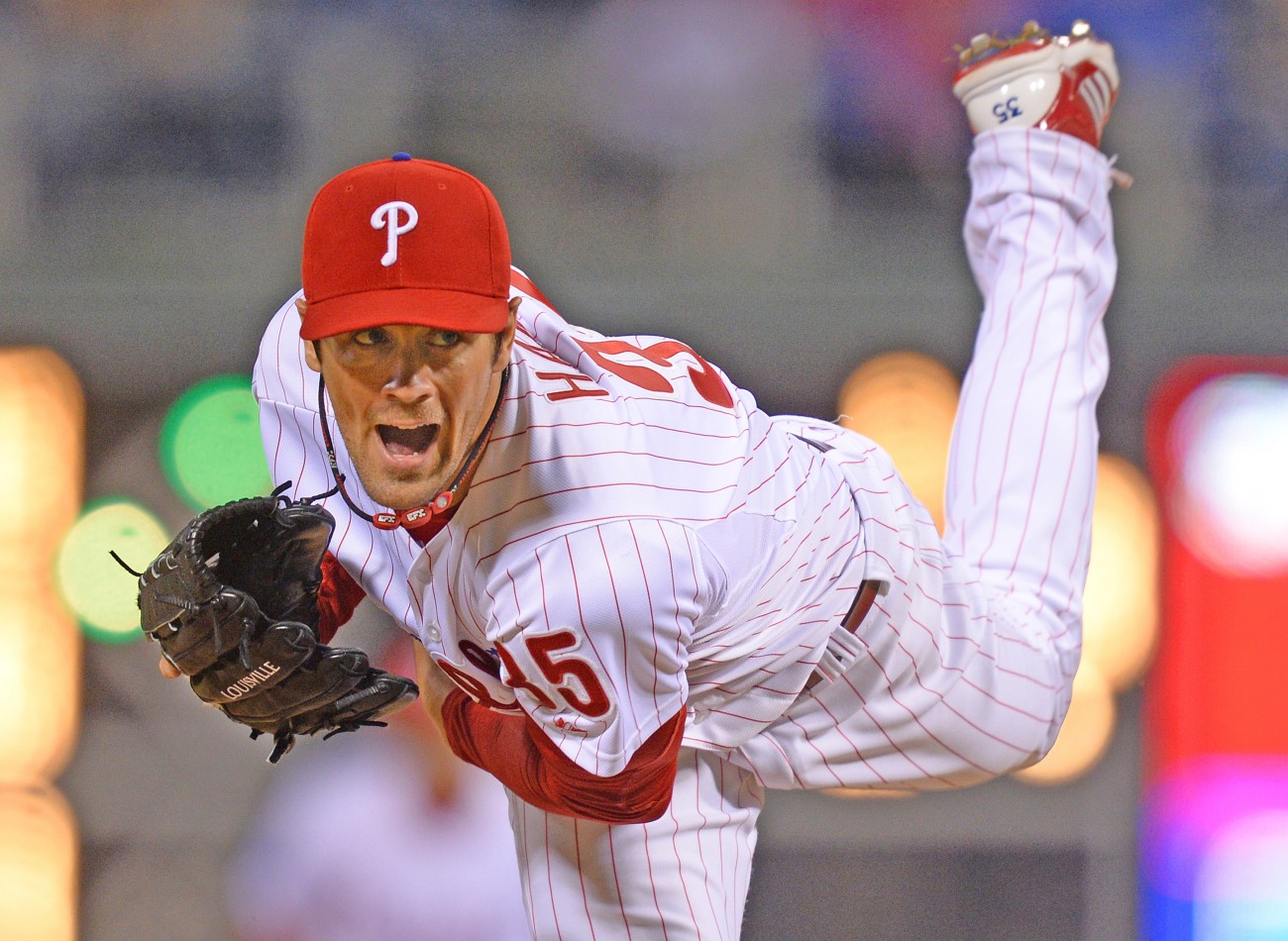 Courtesy of Metro.us: Hamels has been a target of the Cubs for some time now.

You can throw in any number of Cubs prospects to make this deal work. Russell is an obvious choice, especially considering the team hasn’t spent the effort to mold him into a MLB player like it has with some of the other top players in the system. He would also be a great replacement for Jimmy Rollins, who the Phillies are said to be looking to move right now.

In addition to Russell, the Phillies would likely require two more top-10 prospects in order to move Hamels. And in reality, Chicago is one of the only teams in baseball that can offer that bounty. Edwards is a top-pitching prospect, while Villanueva could be had considering the position (third base) he plays.

We also know very well that the Cubs aren’t going to be content with adding just one starter to its rotation. Recent rumors suggests the team is in talks with the Washington Nationals for Jordan Zimmermann, but it’s really hard to believe Washington would trade him. Hamels is a more realistic target here.