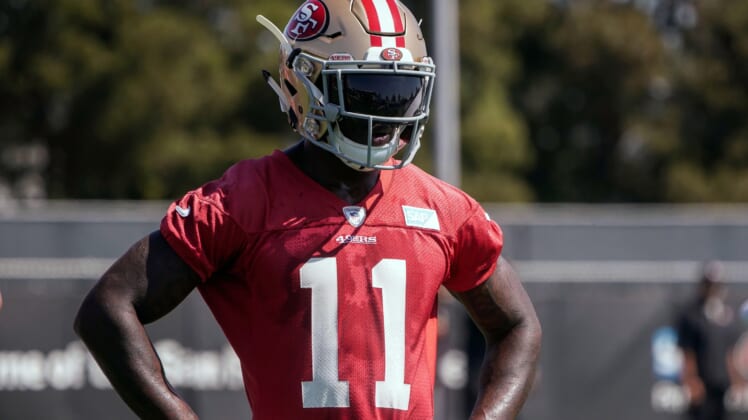 San Francisco 49ers wide receiver Marquise Goodwin is already known as one of the fastest players in the NFL. Dating back to his days in college with Texas, he’s been a world-class athlete.

Goodwin, 28, will now look to take this athleticism to Japan for the 2020 Summer Olympics. The veteran made said announcement on Monday.

Goodwin finished 10th in the long jump during the 2012 Summer Olympics in London. He attempted to earn a spot on the team in 2016 but finished just seventh in the Olympic trials.

It’s not yet known whether Goodwin has cleared this with the 49ers’ brass. He has three seasons remaining on the extension he signed with San Francisco back in March of 2018.

The Summer Olympics would certainly impact his ability to attend training camp and take part in preseason games.