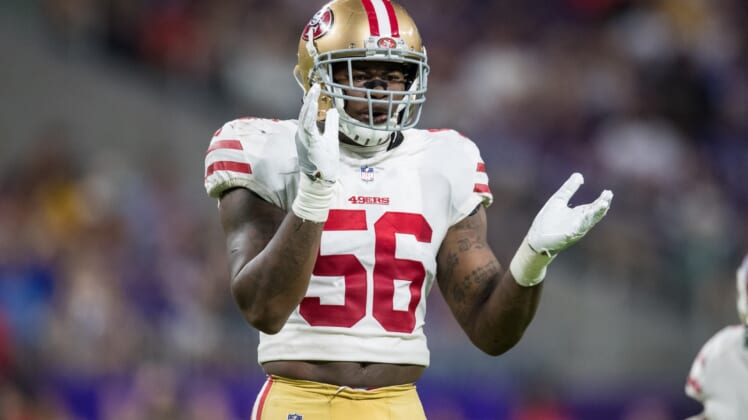 At first glance, it seemed to be either an Achilles or ankle injury. But when the 49ers ruled Foster out for the remainder of the game, the team disclosed it was an ankle injury.

Now, after initial tests were conducted, it appears that the star young linebacker has suffered a high-ankle sprain.

As NFL Media’s Ian Rapoport notes, this is a multi-week injury.

#49ers rookie LB Reuben Foster had a high-ankle sprain, based on the preliminary diagnosis, per sources. More tests coming. Will miss time

Is this were a simple lower-ankle injury, there would have been a chance Foster could suit up next week. That’s obviously not going to happen.

A top candidate for Defensive Rookie of the Year, Foster jumped out of the gate strong in his regular season debut against Carolina. He recorded three tackles, including one for loss, in limited action before being carted off.

This could be a devastating blow for what many expect to be a vastly improved 49ers defense in 2017.