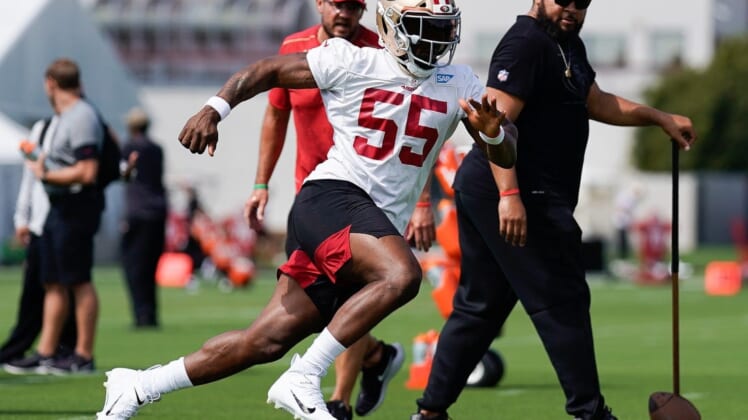 General manager John Lynch had hinted Tuesday at such a move when he told reporters “you guys will see a transaction, and we’ll leave it at that.”

Ford, 31, played in just 18 games due to injuries during three seasons since San Francisco acquired him from the Kansas City Chiefs.

He signed a five-year, $85 million deal with the 49ers at the time.

Ford had 9.5 sacks and eight tackles for loss during his stint with the 49ers.

Ford was a Pro Bowl selection with the Chiefs in 2018 when he recorded a career-best 13 sacks and tied for the NFL lead with seven forced fumbles.

Overall, he has 40 sacks, 12 forced fumbles and 159 tackles in 85 games (43 starts) over eight NFL seasons, including five with Kansas City.