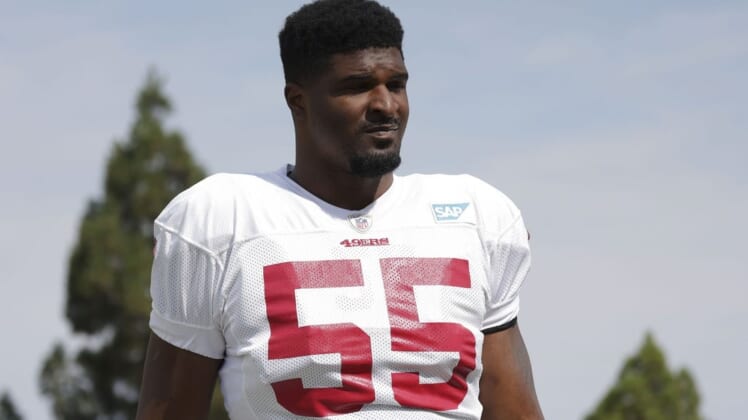 The San Francisco have excused defensive end Dee Ford from minicamp and are expected to release him once he passes a physical.

“We do not expect him to be on our team,” head coach Kyle Shanahan said Tuesday.

General manager John Lynch signaled in March that the team didn’t plan to keep Ford, 31, on the roster, telling ESPN, “I don’t see a lot of hope in him being a factor for us on the field moving forward.”

The 49ers acquired Ford from the Kansas City Chiefs in March 2019 for a 2020 second-round draft pick, then signed him to a five-year, $87.5 million contract extension.

But he’s been plagued with injuries, particularly to his back, during his tenure in San Francisco, and he didn’t live up to the lofty numbers he posted in Kansas City in 2018 during his lone Pro Bowl season: 55 tackles (13 for loss), 13 sacks, seven forced fumbles and 29 quarterback hits in 16 games.

The next two seasons, he combined to appear in just seven games, recording eight tackles and three sacks.

Ford has played just 378 regular-season defensive snaps with the 49ers.

Releasing Ford would save the 49ers $1.1 million in salary cap space, but the team would have about $6 million in dead cap money each of the next two seasons, per Over the Cap.