The San Francisco 49ers on Tuesday publicly condemned racist messages sent to Arizona Cardinals safety Budda Baker and said they are trying to identify the person so they can ban them from future games and events.

On Monday, Baker posted a screenshot of what appeared to be Instagram direct messages sent from the handle “niners8” to Baker that, along with calling Baker the n-word numerous times, called the two-time Pro Bowl selection a “monkey” and a “slave” and telling him to get on his knees.

When he posted the screengrab on Twitter, Baker wrote, “Im all good with opposing fans talking trash. But This right here man… All you can do is pray for ppl like this.”

On Tuesday, the 49ers posted the following message to their social media accounts:

“The San Francisco 49ers unequivocally denounce the racist messages sent to Budda Baker. The individual who sent the messages does not represent the 49ers or the Faithful. Per team policy, we are working to identify this person and will ban them from all 49ers games and events. Incidents like this demonstrate how much work remains to be done to address racism and hate in our society. We remain steadfast in our commitment to that work.”

49ers CEO Jed York added via his own Twitter account, “Sadly, these incidents occur far too often. Permitting these individuals to go unchecked allows racism and hate to spread. I urge other teams in the world of sport to consider our policy of banning those who seek to tear others down with racial slurs and threats of violence.”

The issue appears to be a hit that Baker put on 49ers Pro Bowl tight end George Kittle during the Cardinals’ 24-20 win Sunday in San Francisco. In the final minute of the first half and with the 49ers in the red zone, San Francisco quarterback Jimmy Garoppolo threw a pass to Kittle that sailed high. Kittle was unable to make the catch and Baker, who had begun diving at Kittle as Kittle was in the air trying to make the grab, hit Kittle just as the tight end was coming to the ground.

Kittle’s left knee appeared to hyperextend and he limped to the sideline. He missed one snap but finished the game. Nonetheless, Kittle’s status for next Sunday in New York against the Jets is in the air.

On Tuesday, Kittle posted a photo of himself and Baker, who wears No. 32, during a play with the caption, “Nothing but respect 32! See you down the road.” An hour later, Baker responded to Kittle’s post with “Always Respect Bro.”

Both players signed contract extensions in the offseason, and each was among the first to congratulate the other. 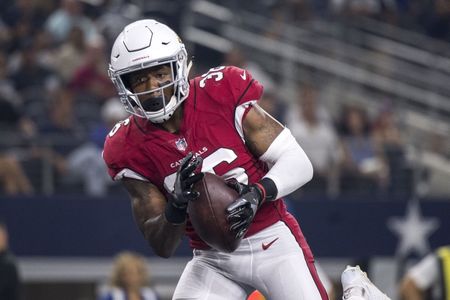