Now that we are about to officially hit the midway point of the 2015 campaign, early-season trends are starting to become more than that. Struggling teams around Major League Baseball will likely continue to struggle as the second half approaches. Meanwhile, some of the most-surprising clubs can no longer simply be called early-season surprises.

From one major surprise in the American League West to a team in Chicago that’s going against over a century of consistently terrible baseball, here are four surprise teams that will continue to show the baseball world they belong as we hit the dog days of summer. 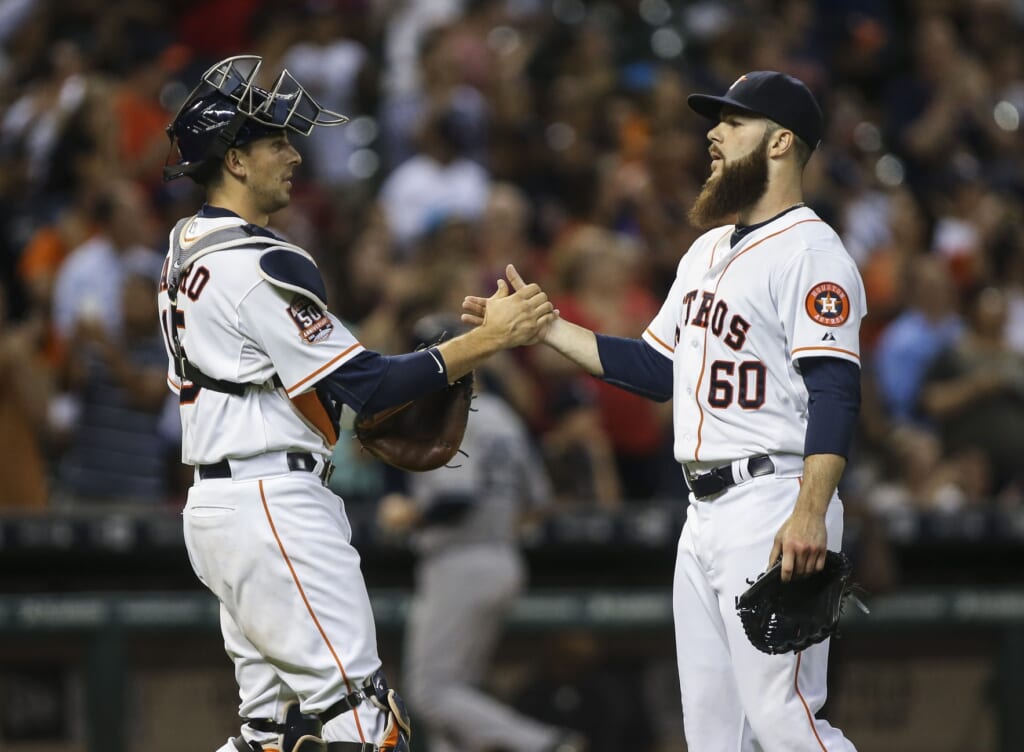 Not many people took Houston seriously earlier in the year. A lot of that had to do with the unknowns that were leading the up-and-coming team. Now halfway through the season, it’s time to take notice. Houston leads the American League in homers, ranks third in runs scored, third in total bases and fourth in slugging percentage. It has five players on pace for 20-plus homers and another half dozen on pace to hit the double-digit mark.

In terms of pitching, the first-place Astros have been just good enough. Dallas Keuchel has put up Cy Young-caliber marks with 10 wins, a 2.03 ERA and a tremendous 0.96 WHIP. He’s also put up quality starts in 13 of his 17 appearances this season. Having a true star at the top of the rotation has been a godsend for the surprising Astros. It also helps that Collin McHugh, despite a mediocre 4.51 ERA, has put up nine wins at the halfway point in the season.

For Houston, it’s all going to be about maintaining this high level of play and potentially finding some reinforcements before the deadline. The other question here is the sustainability of what has been a dominating bullpen. Can Will Harris, Josh Fields, Joe Thatcher, Pat Neshek and Tony Sipp continue to put up ridiculous numbers? How will Luke Gregerson respond to crunch-time late-inning situations down the stretch? If these questions are answered, Houston should come out on top in what has been an otherwise disappointing American League West. At 47-34 on the season, it is definitely in a good position right now.

Most teams would find themselves in last place with all these losses. That’s only magnified by the fact that Tampa Bay lost manager Joe Maddon to the Chicago Cubs during the winter. About as unrealistic as it gets, Tampa Bay finds itself one game out of first with a 42-39 record at the midway point in the season.

Unlike any other team around the baseball world, it’s been all about next-man up for the Rays. Chris Archer has been about as good as it gets from the bump, posting a 9-5 record and 2.31 ERA with 10 quality starts thus far this year. His 0.95 WHIP also ranks among the best in the American League. Nathan Karns, a 27-year-old starter in his first Major League season, has also been tremendous thus far. As the Rays’ rotation awaits reinforcements, it’s key that both of these starters step up.

Offensively, it’s even more surprising. Six regular members of the lineup are hitting .270-plus, including a player in Logan Forsythe who had previously struggled in the Majors.

Normally, I wouldn’t look at the talent on this roster and call it sustainable. Logically, there is no reason why the Rays should be anywhere near first place, let alone near the American League East. But this is a team that continues to defy logic on an annual basis. Until we are proven right, there’s no reason to question the Rays. It’s that simple. 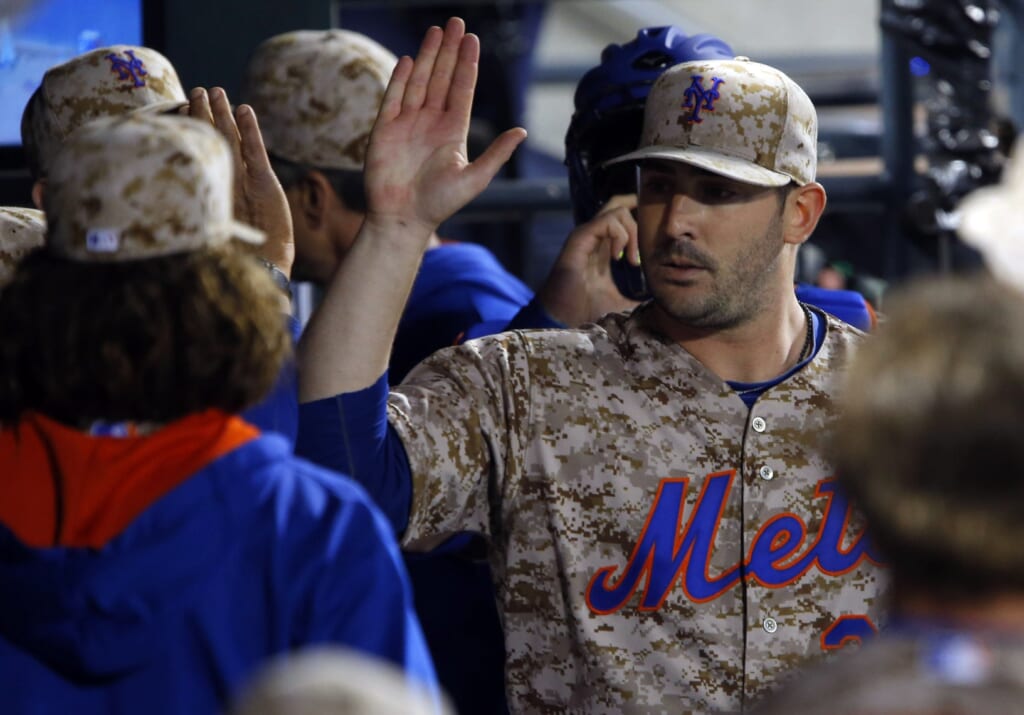 New York is 3.5 games behind the mighty Washington Nationals in the National League East. Just think about that one for a second. While it’s highly unlikely that Terry Collins’ squad will be able to contend in the division down the stretch, there is no reason to believe the Mets won’t be in the midst of the wild card race towards the latter part of the season.

There are three reasons for this. Pitching, pitching and more pitching. Matt Harvey, Bartolo Colon and Jacob deGrom are all on pace to win 15-plus games. Meanwhile, Jeurys Familia (1.19 ERA with 21 saves) has done a tremendous job in the closer role. If the Mets can continue to get similar production from these four pitchers while potentially adding another mid-inning bullpen arm, the team will be in great position. After all, we are talking about a pitching staff that ranks fourth in the National League in ERA.

In terms of hitting, certain players are going to have to step it up in order for the Mets to remain in contention. Lucas Duda (.253) and Michael Cuddyer (.243) are both hitting well below their capabilities. In addition to this, David Wright has been out since mid April with spinal stenosis (not a good thing). New York will need Wright to return near 100 percent and perform at a high level at some point soon. That’s really going to be the team’s biggest key in the second half of the year. Outside of that, the mesh of young and veteran talent should keep this squad in contention.

The Cubbies are right in the midst of a playoff race entering the second half of the season. We should probably repeat that. The Cubbies…okay, you get the point. What Joe Maddon has done with this squad of youngsters is nothing less than extraordinary. And consider this: The 2015 version of the Cubs are likely going to be the team’s worst squad for some time moving forward.

Youngsters Anthony Rizzo and Kris Bryant are leading the charge at the plate. Both are on pace for 20-plus homers and over 90 RBI’s. The interesting dynamic here is that neither Addison Russell or Starlin Castro have done much of anything at the plate. Both have the necessary talent to pick it up in the second half of the season. If they do, an already above-average offense will take the next step.

But let’s not be naive here. The Cubs success moving forward will depend on a loaded pitching staff. Jake Arrieta (8-5, 2.50 ERA) and Jason Hammel (5-3, 2.93 ERA) head a rotation that includes a struggling (by his standards) Jon Lester. Based on Lester’s track record, he should put up a much better performance in the second half of the season than what we’ve seen so far. Despite Lester not coming close to living up to expectations, Chicago’s pitching staff ranks fifth in the National League in ERA and first in batting average against. Once he turns it around, the Cubs will be in a much better position.

While playing in the ultra-difficult National League Central makes it difficult for a team that’s probably three years away from reaching its ceiling, Chicago could surprise a lot of people by contending for a wild card spot down the stretch. A 42-35 start to the season simply can’t be seen as a fluke.