3 Takeaways from Raiders Win over Denver 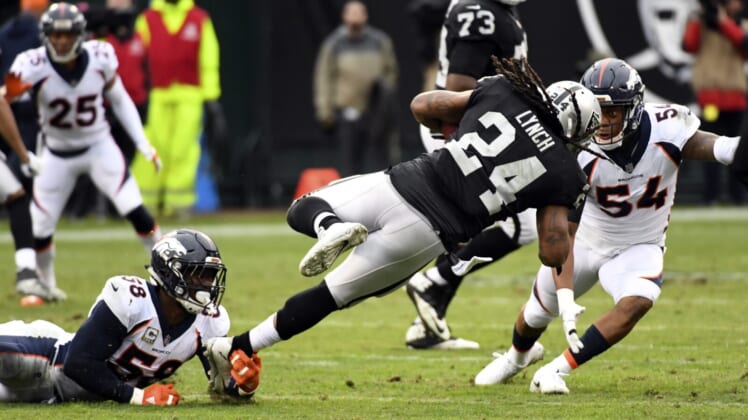 No, not everything was fixed in the Raiders win over the Broncos but there was some encouraging signs. It was has been a disappointing season, the Raiders showed some life on both sides of the ball.

Sometimes a change does everyone some good. It appears the Oakland Raiders decision to part ways with former Defensive Coordinator Ken Norton Jr. paid some immediate dividends in the team’s 21-14 win over their AFC West rival Denver Broncos in Oakland yesterday.

Khalil Mack had a monster game against Denver.

The improved play of the defense – against a struggling offensive squad – wasn’t the only bright spot as the Raiders pulled within one game of division leading Kansas City, who lost yet again. That means the Raiders are tied with Los Angeles for second in the division – just one game back and a game against each on the road.

Here are my three key takeaways from yesterday’s big win in Oakland.

The Raiders offense showed signs of life against a good Broncos defense.

The rest of the season is tough for the Raiders. They have a dangerous game against the hapless New York Giants at home next week before a massive divisional tilt against leader Kansas City. For this team to make a legitimate run at the AFC West crown, and a playoff spot, focus and execution are more important than ever.

Yet, this team, who has no business being in a divisional championship race let alone the playoff hunt, is knee-deep in the thick of it.

We’ll see if they can build on the Broncos win and start to live up to the potential that made them, at one time, a Super Bowl favorite.