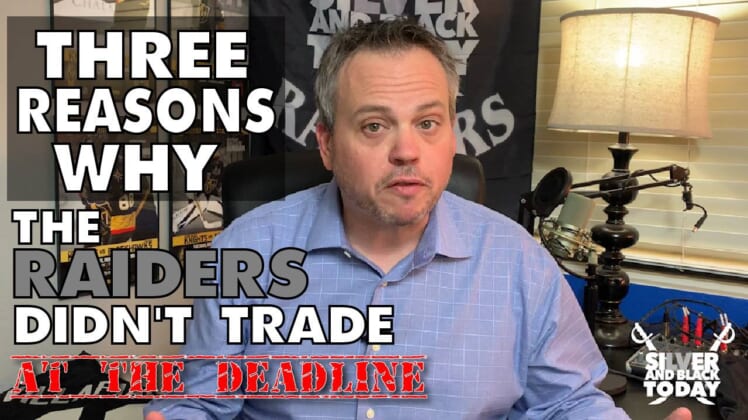 The Oakland Raiders are remaking their roster but they didn’t pull any triggers on Tuesday as the NFL trade deadline came and went.

The Raiders are in full rebuild mode so many expected Jon Gruden and company to jettison several veteran players at Tuesday’s NFL trading deadline. Instead of more moves to acquire draft picks, the Raiders are finishing 2018 with the roster they have – for now. Oakland didn’t make any trades.

We explore the reasons why Reggie McKenzie and Jon Gruden didn’t move players like Karl Joseph, Bruce Irvin, and Gareon Conley were all rumored to be on the trading block this week. Perhaps phone call came but no offers motivated the Raiders to send those players packing.

One of the players observers were watching was star quarterback Derek Carr. After a week of unsubstantiated claims of locker room dislike of Carr, and after a great game for the fifth-year signal caller, Carr was assured he was not on the trading block – for now. With Gruden’s remodel of the roster, he is invested in his quarterback and Carr remains in the silver and black.