3 races Jimmie Johnson should run during the 2023 NASCAR season

Jimmie Johnson will drive the No. 84 car for Legacy Motor Club in 2023. Which three races should Johnson run among his five-race schedule this season?

Jimmie Johnson will drive the No. 84 car for Legacy Motor Club, previously Petty GMS Motorsports, as an owner/driver for the 2023 NASCAR season and beyond. Johnson will compete in the 2023 Daytona 500.

What other races should the seven-time champion run in the NASCAR Cup Series this year?

North Wilkesboro Speedway will be NASCAR’s All-Star Race after moving away from Texas Motor Speedway as the event’s venue. This has created much excitement about the weekend as the sport returns for the first time since 1996.

The idea of Johnson running the All-Star Race is definitely on the table. However, the co-owner of Legacy Motor Club may have to go through the Open as a former champion must be a full-time driver to lock themselves into the event.

Granted, if Johnson makes it known that he wants to run at North Wilkesboro Speedway, it would not be surprising to see NASCAR adjust the rules. It will all depend on how the sport views that situation. 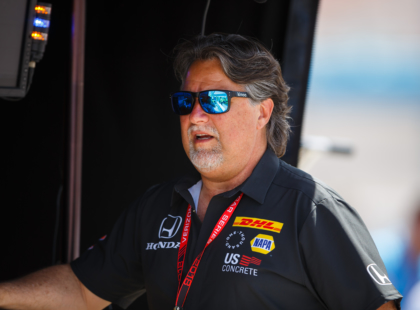 The good news is that Johnson will be able to compete in the event either way. Whether or not NASCAR adjusts the rules, the 47-year-old driver can drive his way into the race itself.

It seems pretty likely that North Wilkesboro Speedway is on Johnson’s schedule this year and if not the All-Star Race, could he run the NASCAR Truck Series race with Kyle Busch Motorsports?

Johnson went to the NTT IndyCar Series for two years following his retirement from full-time racing in NASCAR. During this time, Johnson competed in street and road courses during the 2021 season before going full-time in 2022.

Therefore, the first street course in NASCAR history would likely be a great event for the seven-time champion. Johnson is much better at racing on these types of tracks than he was during his full-time tenure in NASCAR.

The sport only had two road courses for the majority of Johnson’s career and he came home victorious once at Sonoma Raceway in 2010. Johnson never won at the other major NASCAR road course which was Watkins Glen International.

With the driver of the No. 84 reportedly running a five-race schedule including the Daytona 500, there are four available slots. The All-Star Race and Chicago Street Course being added would leave two openings.

Out of the remaining races, there is one that sticks out among the rest as Johnson could look to prove his endurance at NASCAR’s longest race on the entire 2023 schedule.

The Coca-Cola 600 is NASCAR’s longest race on the schedule by 100 miles as the second longest event remains a tie at 500 miles. Johnson has seen major success at the event before so why not give it another try?

Johnson will look to compete in major races and the Coca-Cola 600 certainly checks all of the boxes. The seven-time champion has won the race four times, including three straight from 2003-2005.

Out of the races on his list, the Coca-Cola 600 might be the easiest one to secure a spot. The All-Star Race at North Wilkesboro will have an Open while the Chicago Street Course feels likely to have over 40 entries. 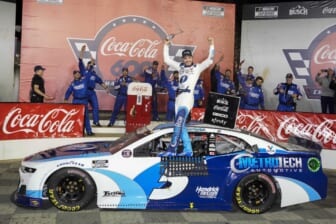 Unfortunately for race fans, it appears Johnson will not compete in “The Double” as he is currently without a ride in the Indianapolis 500. However, Kyle Larson, a driver at Johnson’s former organization, will attempt it in 2024 with McLaren Racing.

While the Coca-Cola 600 would lock down four out of Johnson’s five races, what could be potential options for the last one? The Southern 500, Bristol Night Race, Dover Motor Speedway, Auto Club Speedway, and Bristol Dirt all come to mind as possibilities.

There will be plenty of excitement when the co-owner of Legacy Motor Club announces his schedule. No matter what is chosen, having Johnson’s presence back in NASCAR is good for everybody.