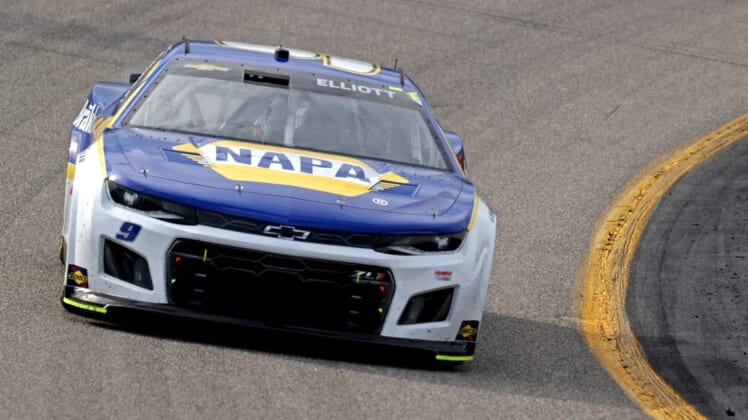 It would be difficult to imagine more distinct storylines in a single NASCAR race than those heading into Sunday’s Go Bowling at the Glen.

After breaking a 65-race drought on Aug. 7 at Michigan International Raceway, Kevin Harvick will go for his third consecutive Cup victory.

An international field at Watkins Glen International includes former Formula 1 drivers Kimi Raikkonen and Daniil Kvyat, who together made up one tenth of the F1 starting grid in 2020.

The real drama focuses on Ryan Blaney and Martin Truex Jr., who are battling for the final spot in the Cup Playoffs with two races left in the regular season.

Last Sunday at Richmond Raceway, Blaney used an 11-1 superiority in stage points to increase his lead over Truex to 26 points, despite finishing 10th to Truex’s seventh.

Though Blaney and Truex are second and fourth in the points standings, they occupy the two sides of the playoff bubble because neither has a win this season, and 15 other drivers do.

Both Truex and Blaney can establish a claim to the final playoff spot by winning one of the final two regular-season races, but so can currently winless drivers below them in the standings.

“It would be disappointing not to make it with the season we’ve had,” Truex said, “but you have to win to get in.”

“Entering Turn 1 (at Watkins Glen), it doesn’t ask everyone to be dumb,” Elliott said.

BEST BETS
Chase Elliott (+300 at BetMGM)
Elliott is the heavy pre-race favorite as he tries to reclaim the title “King of the Road Course” from usurper Tyler Reddick. Elliott, who has fashioned seven of his 17 career victories on road courses, is all but certain to clinch the Cup Series’ regular season title on Sunday and is the sportsbook’s biggest liability as he has been backed by 13.3 percent of the total bets and a whopping 33.2 percent of the handle.

That has led to Truex Jr. being the third-biggest liability this week as he is second at BetMGM with 6.4 percent of the total bets backing him along with 5.2 percent of the handle.

NASCAR’s Next Gen car, however, has changed the paradigm. In four road course races this season, Truex has a best finish of seventh at Circuit of The Americas and no other result better than 13th.

Kyle Larson, Denny Hamlin, Ross Chastain (+800)
The trio share the second-shortest odds. Larson has been the most popular driver of the three this week, drawing 6.1 percent of the bets and 9.3 percent of the handle, which is second only to Elliott.

Tyler Reddick (+1400)
Reddick has won the past two road course events, at Road America and the Indianapolis Motor Speedway Road Course. However, he has been backed by a modest 4.4 percent of the bets and 3.5 percent of the handle.

Kevin Harvick (+1200)
Harvick opened at +2800 but saw his odds shorten significantly as well as he seeks his third consecutive victory. Harvick has been backed by 5.4 percent of the bets and 3.4 percent of the handle at BetMGM.