2020 NBA Draft: Could the Chicago Bulls pull off a blockbuster trade? 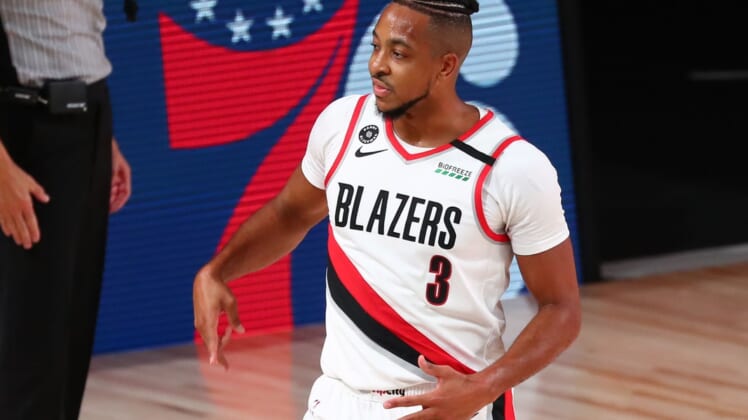 The Chicago Bulls are once again in for an offseason of change following a 22-43 season. Chicago fired embattled head coach Jim Boylen after less than two fulls seasons and just recently hired a new general manager in that of the respected Marc Eversley.

The backdrop here is Chicago boasting the No. 4 overall pick in the 2020 NBA Draft while possessing a darn good young roster. It’s a real opportunity for Eversley to make his imprint on the long-downtrodden organization.

Despite their lack of success over the past few seasons, the Bulls do have a few solid pieces to build around. Wing Zach LaVine has morphed into a legitimate star. Forward Wendell Carter Jr. has shown some flashes over the first two seasons of his career. Meanwhile, Lauri Markkanen has proven in the past that he’s capable of averaging 20 points per game.

With that said, there’s a lack of true star power in the Windy City. Chicago’s previous brass failed to go after star talent, which has set this organization back and made it irrelevant on the broader NBA stage. That must change this coming fall.

The possibility of building a package surrounding the fourth overall pick and Markkanen could make a lot of sense for Chicago. Purely hypothetical, but Chicago could offer up those two pieces and the expiring contract of Otto Porter Jr. to the Portland Trail Blazers for C.J. McCollum. This could give the Bulls two true stars in that of McCollum and LaVine.

The safe pick doesn’t necessarily make much sense for Chicago. It has not yet worked out for the above-mentioned Wendell Carter Jr. What we saw from last year’s lottery pick, Coby White, suggests that aiming for upside makes the most sense. Selected No. 7 overall, White was seen as both a reach and a tweener. The guard ultimately shot 35% from three-point range and averaged north of 13 points per game as a rookie.

Chicago could look to duplicate that success by going with upside at No. 4 overall rather than a more proven player. Killian Hayes from France makes sense in this regard. The point guard was viewed as a top-three lock months ago, but has seen his stock drop some due to teams’ inability to meet personally with players. Another option could be forward Deni Avdija from Israel. He might not boast Luka Doncic-type upside from overseas, but is considered a true wild card in the draft.

As of right now, the only real need for these Bulls is at point guard. Tomas Satoransky is a stopgap option at that position. Kris Dunn never panned out following the Jimmy Butler trade and is set to his free agency. The good news here is that the one position that is seen as deep in the 2020 NBA Draft is point guard.

Chicago could realistically trade down from the fourth spot while still being able to add someone like North Carolina’s Cole Anthony or a highly touted ball distributor in that of Tyrese Haliburton from Iowa State. There’s numerous options here — a fact that’s made attractive by the ability of Chicago’s brass to add more draft picks and/or rotational players to the mix.