10 most exciting games on the 2019 NFL schedule 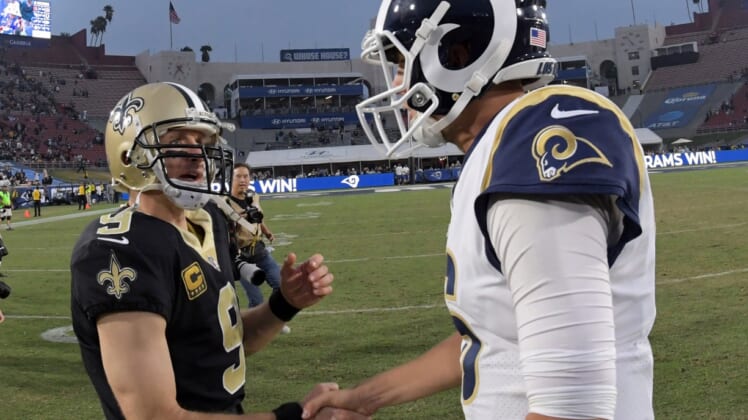 Rejoice! Football is back. Training camps are unfolding around the league, preseason games are nearly upon us, and soon the 2019 NFL schedule will kick into high gear.

The schedule has been out since April, but now that the offseason is in the rear-view mirror we have a better grasp of which teams have a realistic chance at winning the Super Bowl. With that in mind, and in celebration of the coming 2019 NFL season, we’re taking a look at the most exciting games set to play out.

It’s the first game of the year, so excitement is going to be sky high around the nation. Helping matters is that the Packers and Bears are both seen as contenders, and they’re longtime bitter rivals. This is probably the only Thursday night game that won’t be devastatingly awful, too. Both teams will be as fresh as possible following training camp, and they’ll be raring to go.

Will Khalil Mack and Co. dominate defensively and put Aaron Rodgers on the spot in Week 1, or will the Packers reward rookie head coach Matt LaFleur with a rousing victory in his first ever game at the helm?

The Saints should have represented the NFC in Super Bowl LIII, but the missed call heard ’round the world robbed them of that chance. Now, they’ll have a chance to prove once more that they are superior to the Rams. On top of the revenge factor is the simple fact that both of these teams are legitimate Super Bowl contenders who could meet again in the playoffs. A win in Week 2 could potentially be the difference between playing at home, or on the road.

Another reason to love this matchup is the chess match that will take place between one of the game’s best young coaches in Sean McVay and the savvy veteran, Sean Payton, as both offenses look to make headway against darn good defenses.

These two teams are likely going to be in the running to claim the top seed in the AFC when it’s all said and done. Blessed with two of the best quarterbacks in the NFL today, the Colts and Chiefs are two of the most entertaining teams in the league. Indy general manager Chris Ballard has done incredible work to give his team a chance defensively, and on paper the Colts may be the better all-around team than the Chiefs. Though, Patrick Mahomes certainly tips the scales all by himself, and his defense has a chance to be much improved in 2019. This game should feature a ton of fireworks, and as an added bonus the nation will be watching on Sunday night.

On one side you have the team everyone expects to take a huge step forward as a legitimate contender. On the other side is the team that has been there a thousand times before and continues to defy any notion that the end is nigh.

The matchups in this contest are going to be spectacular. Freddie Kitchens and Baker Mayfield versus Bill Belichick and Tom Brady. Odell Beckham Jr. versus Stephon Gilmore. Myles Garrett versus Isaiah Wynn.

Needless to say, a statement will be made by one of these teams. And don’t be surprised if someone on the Browns gives the Patriots some bulletin-board material before it goes down.

This game will give the new-look Packers a chance to really test their defense. Second-year general manager Brian Gutekunst completely revamped this unit with some high-priced free-agency signings and has aggressively drafted talent as well.

We’ll be at the mid-way point of the season in Week 8, so any kinks should be worked out by then. There is no test quite like what the Chiefs present on a weekly basis, and it’s going to be fascinating to see if the Packers can slow down Patrick Mahomes and Co.

Of course, on the other side Aaron Rodgers and his explosive offense will give the Chiefs defense all it can handle. Don’t be surprised if it comes down to the wire, and we know Rodgers is legendary in the final seconds of a game.

This Week 11 contest is fascinating from a number of perspectives. Both teams are headed by younger, offensive-minded coaches who have found immediate success putting their unique stamp on their teams. Quarterbacks Jared Goff and Mitch Trubisky both have the ability to engineer quick-strike offensive attacks. Aaron Donald and Khalil Mack are the two most frightening defenders in the game today.

On top of the fascinating storylines, both of these teams made the playoffs last year, and nothing short of a Super Bowl win will suffice in 2019. Playoff positioning is on the line, and the NFC is highly competitive right now overall. Even better, this game is being played on Sunday night.

There’s no shortage of star power set to take center stage in this Sunday Night Football matchup between the Patriots and Texans. Will J.J. Watt and Co. finally figure out a way to slow down Tom Brady and the Pats? It’s been nearly a decade since the Texans beat the AFC’s top team (2010), and if Houston is going to take that next step to become a legitimate Super Bowl contender, that streak must come to an end.

Texans have reason to hope, however. Young quarterback Deshaun Watson has shown no fear going against New England the past couple of years and nearly led the Texans to victory in New England as a rookie.

Funny how the Chiefs and Patriots keep showing up on this list. That’s a common byproduct of featuring a dominant squad, and both of these teams absolutely fit that description. The last time they met was in the AFC Championship Game, and that one went into overtime. Chiefs fans will forever lament the fact that Patrick Mahomes never got a chance to match Tom Brady, as the Pats won with a touchdown on their first overtime drive.

By the time the Chiefs and Patriots get their rematch, both teams will likely be pushing for the No. 1 seed in the AFC. That will likely mean a bit more to the Chiefs than it will for the Pats, but it’s always tough to win at Gillette Stadium.

Offensive fireworks galore. That’s what this game should feature. Certainly, both teams have upgraded their defenses significantly the past couple of seasons. Yet the speed at the skill positions, quality of quarterback play, along with the schemes that Frank Reich and Sean Payton engineer should lend itself to an entertaining boat race on the turf at the Mercedes-Benz Superdome.

As an added bonus, the game is on Monday night, and both teams will be making their final push toward the postseason. This one should be an absolute blast.

The final Monday night game of the season, and it’s a dandy.

Kirk Cousins has deservedly developed a reputation for not being able to win big games. He’ll have a huge chance to flip the script against the Packers in Week 16.

Furthermore, there’s a good chance these two NFC North rivals could be playing for the division lead in this one. The Vikings will be desperate to make up for last year’s bitter disappointment of not even making the playoffs. The Packers will be just as desperate to get back to the postseason after missing it the past two seasons in a row.