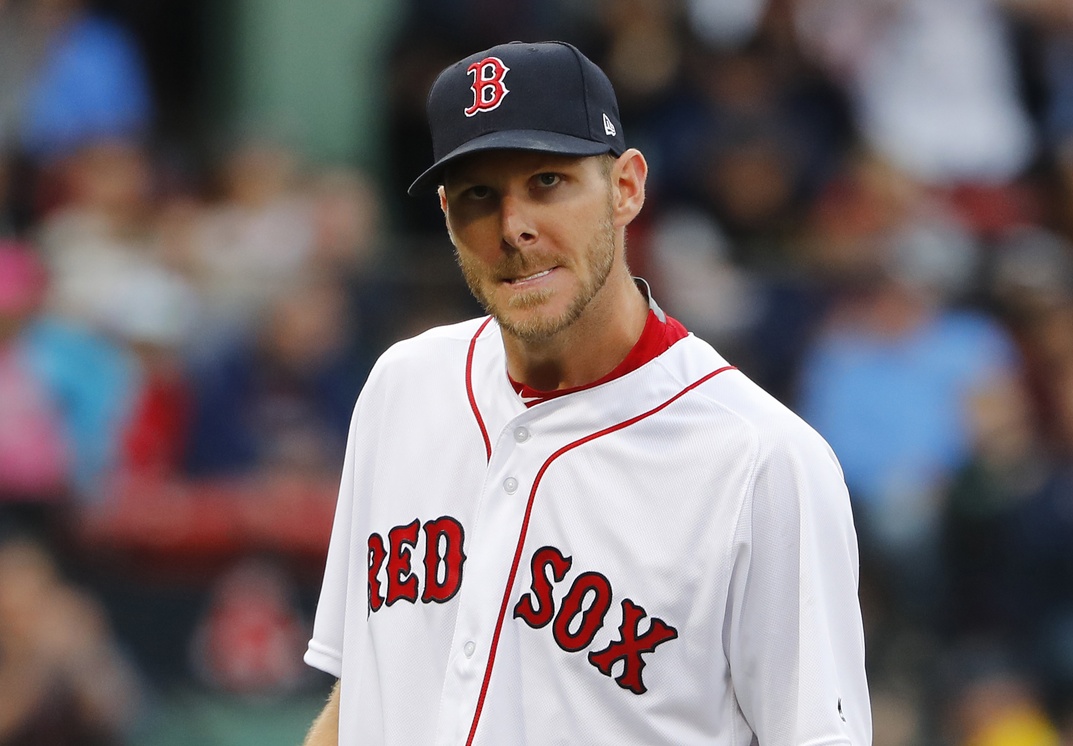 Game 1 of the ALDS against the Houston Astros did not go according to plan for Boston Red Sox ace Chris Sale.

Alex Bregman and Jose Altuve hit back-to-back home runs in the first inning, and Altuve added another in the fifth, contributing to an all around rough outing from Sale.

Naturally, Twitter had some thoughts on Sale’s less than stellar start.

Chris Sale once cut up his teams jerseys cause he didn’t like them. Did anyone think he had the mentality to be a postseason pitcher?

Me watching Chris Sale give up dinger after dinger pic.twitter.com/aw0t9y7p8t

Of course, no conversation about a left-handed ace struggling in the playoffs would be complete without mention of Clayton Kershaw.

It hardly seems right to heckle Kershaw in a game he’s not even playing in. Kershaw will get his chance to reverse that narrative on Friday.

Sale will certainly look for redemption later in the series — assuming he gets the chance.