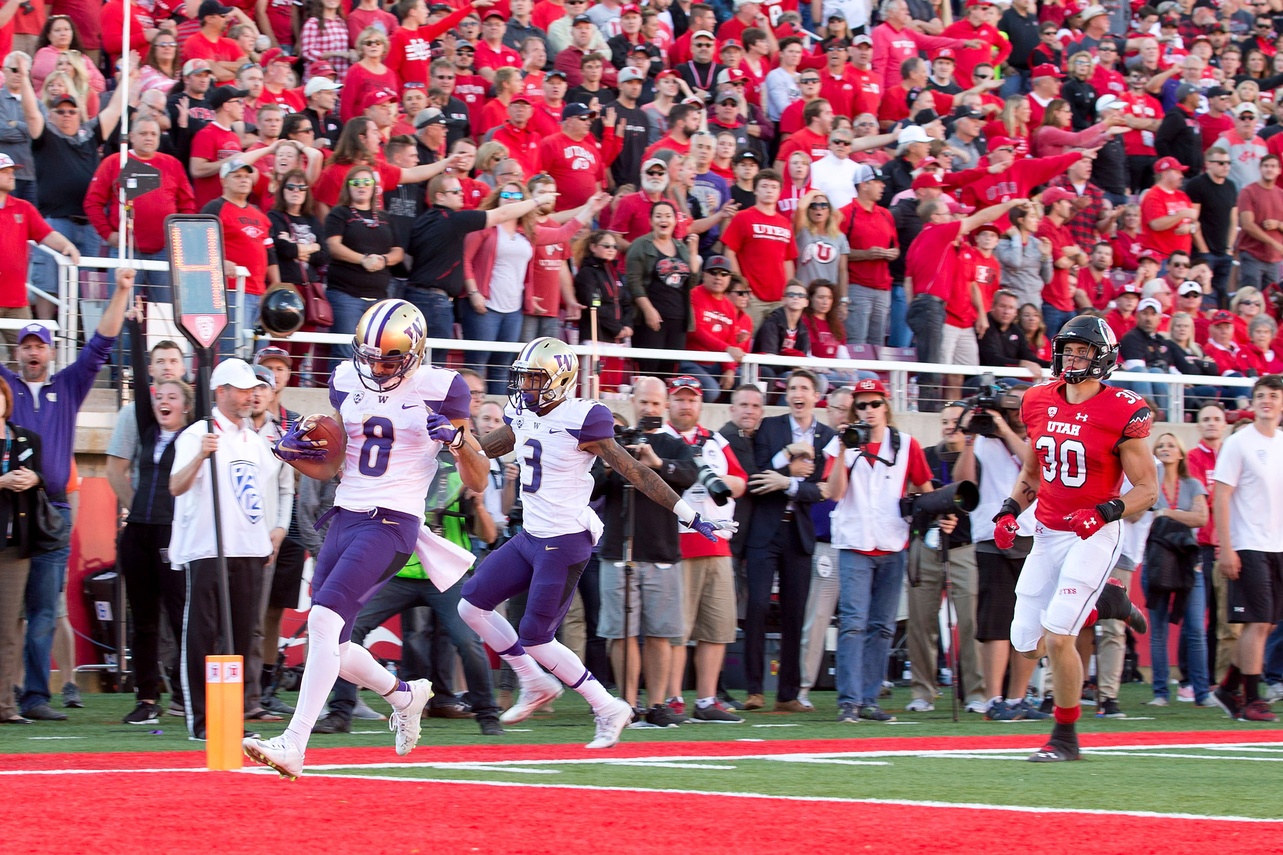 The explosive playmaker returned a punt for a touchdown on Saturday against Fresno State. It marked his eight career punt return touchdown, setting a higher Pac-12 mark, which he broke last week. It was also his third in as many games.

That ties him for the NCAA record.

Pettis is so dangerous. He also caught a touchdown pass in the first quarter. The combination of vision and speed he posseses is rare. We look forward to watching him excel going forward this year, and in the years to come in the NFL.