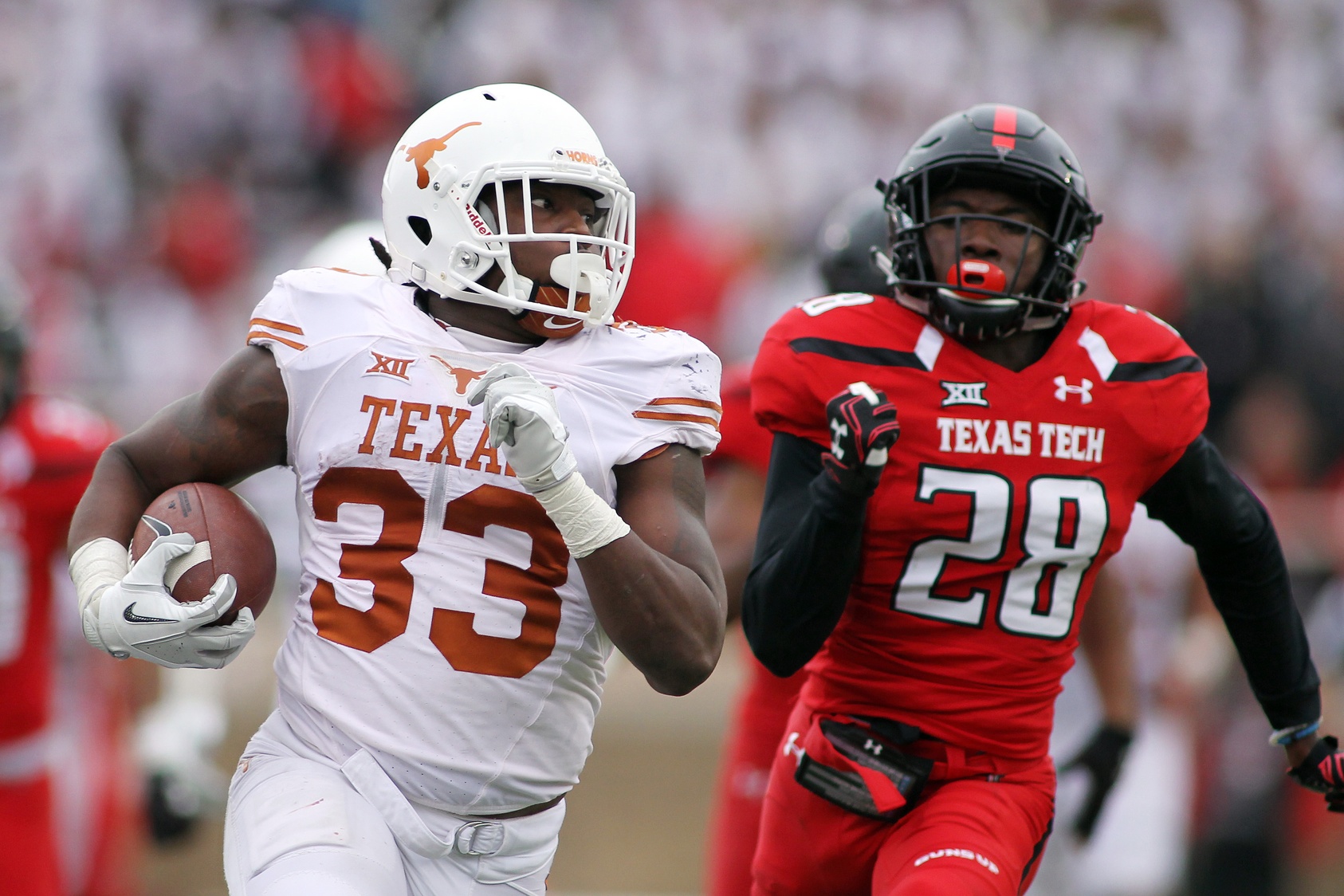 Houston Texans rookie running back D’Onta Foreman was arrested on Sunday morning and charged with “marijuana possession of two ounces or less and unlawful carrying of a weapon, according to jail records,” per Brian Davis of Hookem.com.

Foreman was arrested around 3 a.m. by the University of Texas police department. According to Davis, the “drug charge carries a $1,000 bond. The bond for unlawful carrying of a weapon is $3,500.”

“(The officers) responded to a report of the smell of marijuana coming from three occupied vehicles near the southwest side of San Jacinto residence hall on campus,” the statement read. “Officers arrived on the scene discovered marijuana in each vehicle and also discovered a firearm in one of them.

“The owner of the firearm, D’Onta Foreman, was arrested for Unlawful Carrying of Weapons and Possession of Marijuana and booked into Travis County Jail. Six other male suspects were cited and released for Possession of Marijuana. None of them are UT students and they are not believed to have UT affiliations.”

The Texans selected Foreman in the third round of the 2017 NFL Draft. He was a very successful running back for the University of Texas, winning the Doak Walker Award after rushing for 2,028 yards last season.

The Texans are aware of a situation involving D'Onta Foreman. We are gathering additional information and will have no further comment.

Likely, the rookie will face league discipline over this matter once an investigation is completed.