The 2017 U.S. Open is in the books, and in what’s becoming a familiar story (more on that, later) we have a first-time major winner. This time, it was Brooks Koepka.

Koepka not only claimed victory but played the U.S. Open as well as it’s ever been played.

No doubt, his performance is one of our main takeaways, but it’s not the only one.

What happened to the world’s highest-ranked players? The U.S. Open is usually one of the toughest scoring events during the year, but it was not the case in 2017. What happened and how much fallout can we expect in 2018? Rickie Fowler, Justin Thomas and Hideki Matsuyama all contended but fell short. How should they look back at the week at Erin Hills?

Some players struggled on Sunday, but make no mistake, Koepka owned this tournament. He fired three rounds in the 60’s (and another at 70) to win his first major.

When the week’s best players were hovering around par or worse on Sunday, he shot a five-under 67 to run away with the U.S. Open.

For the week, Koepka made only one bogey on the back nine at Erin Hills. That’s not simply good. That’s insane, even at a U.S. Open producing lower scores than most.

Through the week, it was mentioned several times that Koepka is good friends with 2016 champion Dustin Johnson. Obviously, the influence of the No. 1-ranked player in the world rubbed off on Koepka. 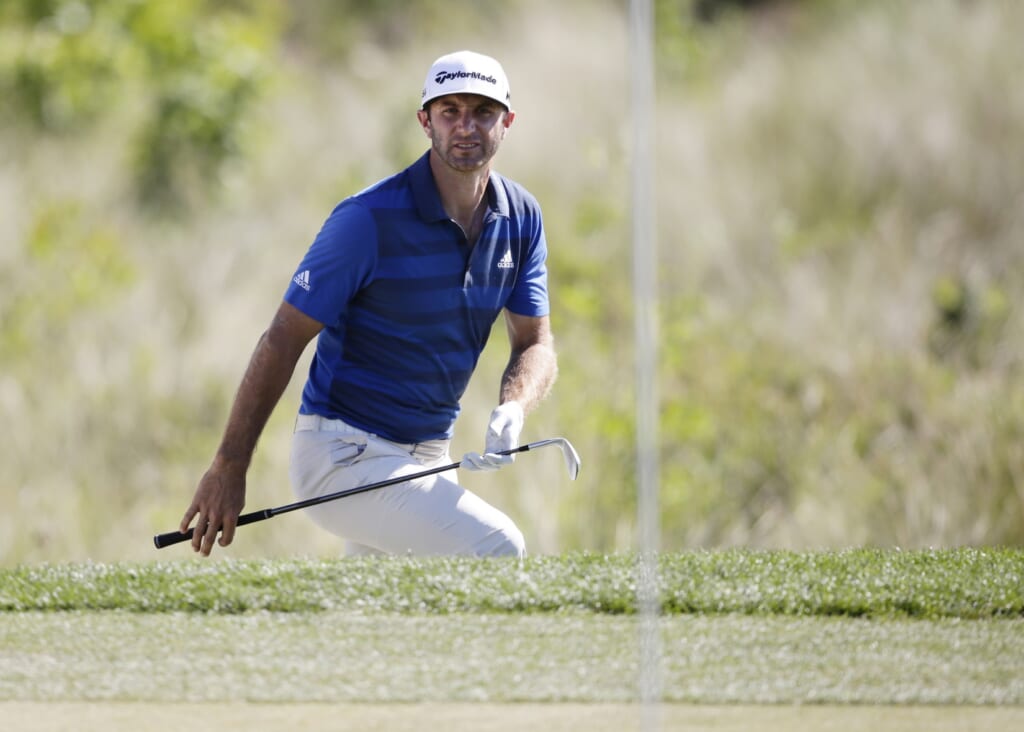 The first version of the current World Golf Rankings were created just ahead of the 1986 Masters. In the first 125 majors contested under the present rankings system, we literally never had a major where each of the world’s top three golfers failed to make the cut.

That changed at No. 126 with Johnson, Rory McIlroy, and Jason Day all missing the cut.

6 out of top 10 players in the world miss the cut at US Open, including top 3. But it's a birdiefest for everyone else

What’s particularly interesting about that is that Erin Hills should have been a good setup for all three men. It’s the longest venue to ever host a U.S. Open. That should have been a big advantage to the guys who can power through the course, much like Johnson, McIlroy and Day.

Obviously, they were not alone. Henrik Stenson, Alex Noren, and Jon Rahm are also top-10 players that failed to make it to the weekend.

By comparison, someone like Jordan Spieth making the cut but being a complete non-factor doesn’t seem so bad.

But guys like Brian Harman and Tommy Fleetwood? Those weren’t names we were hearing a lot of.

Additionally, this was the 23rd different winner in the now 30 majors that have been contested this decade. As a point of reference, the 40 majors between 2000-2009 had 22 champions.

The world of golf is still looking for its dominant figure. Other golfers have stepped up and done some amazing things over short period of times, but nobody has come close to matching what Tiger Woods was to the sport a decade ago.

For the fans, it adds a complete layer of unpredictability. The best golfers in the world, however, have to see this and wonder if they can elevate their games just a little to go from great to dominant.

Harman can be disappointed with not winning. But when he looks back at this U.S. Open, he shouldn’t view it as anything more than a positive experience.

First of all, based on his performance at the last nine majors, there was nothing to indicate that Harman would either be around for the weekend.

For his entire career, Harman’s best performance in a major came at the 2014 British Open when he tied for 26th.

Most importantly, Harman didn’t wilt under the Sunday pressure. He entered the final round with a one-stroke lead and shot even par on Sunday. There was nothing he could do about what Koepka did. You don’t get to play defense in this game. Normally, the third-round leader shooting even par on Sunday will win a U.S. Open.

Harman will be a name to watch in the future. He may struggle to keep up with the likes of Koepka on most American major courses. But Harman’s consistent approach is absolutely something to watch at the British Open, or even American tournaments where a winning score around par is expected.

There’s no way to spin it. Thomas’ final round was a disappointing. But Thomas’ third round will be remembered in U.S. Open history forever.

Thomas' place in #USOpen history: The significance of a 63. https://t.co/SsxDUjNKof pic.twitter.com/okGBrxS5Br

For the record, no golfer has ever fired a 62 in a major. So, Thomas’ play on Saturday was historically great.

It’s little consolation for one of the best golfers in the world looking to win his first major. But the next time Thomas sees his name mentioned during someone else’s great round during a major championship broadcast, he’ll realize just how special his performance was.

Let’s put it another way. U.S. Open history is filled with contenders falling by the wayside on Sunday. Thomas is far from the first to do that, and he absolutely will not be the last. But golfers shooting nine-under at a U.S. Open? Thomas is the only man who has ever done that. 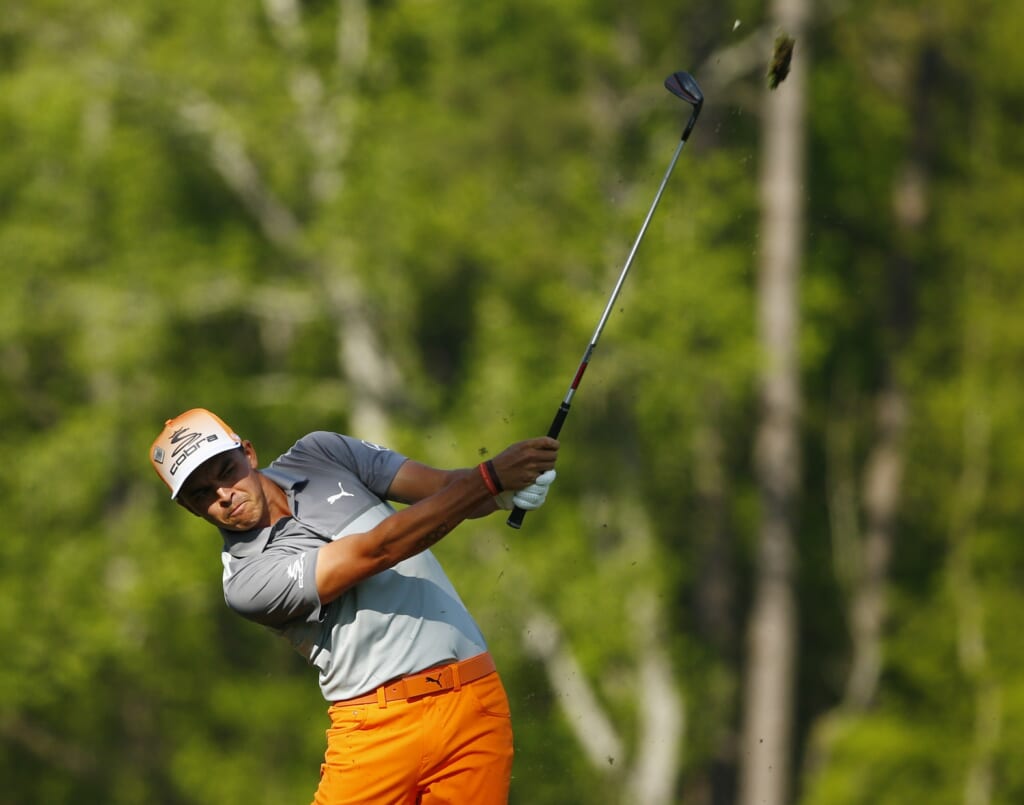 Fowler can take similar memories. His opening round was historically good. Still, Fowler’s memories have to be a little more negative than Thomas’.

As good as Thomas is and as much as he’s done, he’s only 24. This was the first major he ever realistically contended in.

At 28, Fowler is more experienced. He’s contended at every major, most notably finishing in the top five at every major in 2014. He’s also consistently one of the most hyped golfers in the world.

Now it’s time to turn that hype into major championships. None of this is to say that Fowler can’t win a major. Dustin Johnson was just shy of his 32nd birthday a year ago. Sergio Garcia, meanwhile, was 37 when he won the 2017 Masters. It can happen for Fowler. At some point, it probably will.

But the longer the drought goes and the more that Fowler falls short when he’s contending on Sundays, the more the frustration will grow.

FOX covered its first U.S. Open in 2015 at Chambers Bay and the results were, quite frankly, bad. While the 2015 U.S. Open was one of the better ones we’ve had in recent memory, FOX’s presentation left much to be desired.

FOX’s graphics are top notch. It’s not the only network to have ball trackers, but it does have more than most. Tracking shots isn’t always easy for the home viewer. The cameras often play tricks on our eyes. So, more ball trackers are even better.

As great as the 2015 U.S. Open was, FOX’s coverage didn’t do it justice. It too often felt like a local golf tournament that you might see on a local cable access channel. But if we’re going to give that blame, we have to give credit now.

The 2017 U.S. Open felt like one of the biggest tournaments in the world. If anything, FOX’s coverage only made it feel bigger. A lot has changed over the last two years. 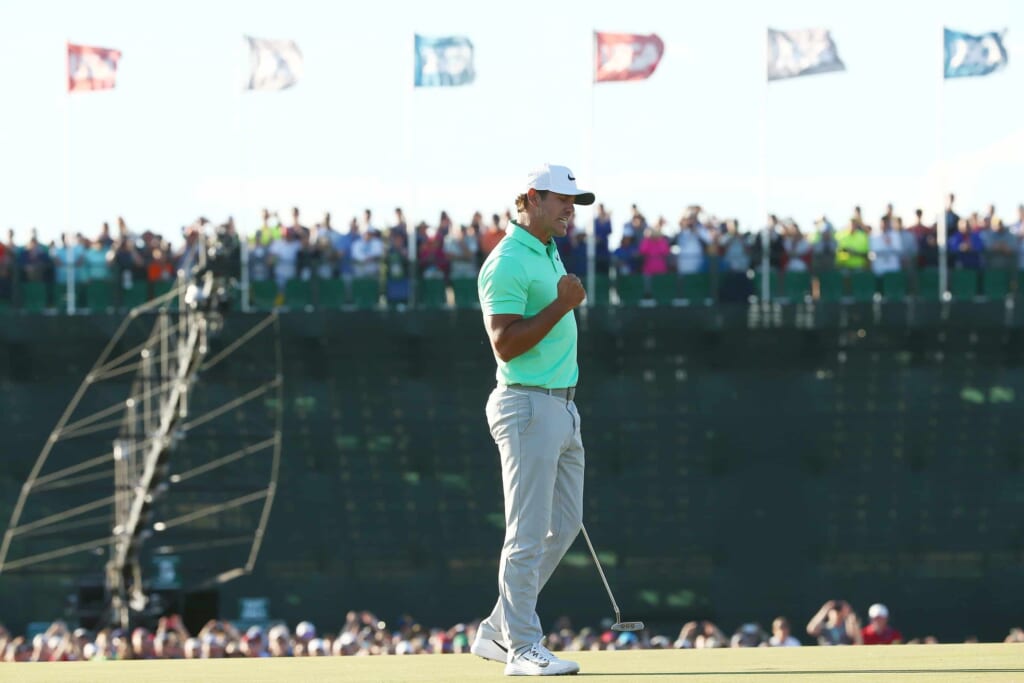 For the third year in a row, the U.S. Open was claimed by an American. Admittedly, that doesn’t seem too notable. After all, it’s the U.S. Open. Shouldn’t Americans do well in their own national championship?

Well, yes. But over the last few decades, that’s been far from the case.

The last time Americans won the U.S. Open in three consecutive years was 1998 (Lee Janzen), 1999 (Payne Stewart) and 2000 (Tiger Woods). As a frame of reference, those were the final three U.S. Opens contested during the presidency of Bill Clinton.

Since then, repeat American winners have been rare.

How much has the golf world changed since Ernie Els won his first U.S. Open in 1994?

Now, it’s a big deal when Americans win it in three consecutive years.

One man who nearly broke the American trifecta was Matsuyama. He was red hot on Sunday and made his presence felt during the tournament’s final holes.

Round of the day goes to Hideki. pic.twitter.com/5z39vLX1Rt

In a tournament that will get a lot of notoriety for who failed to contend or even play the weekend, the world’s No. 4 ranked player thrived.

Matsuyama also showed incredible mental toughness. He fired an opening round 74 on Thursday. With Fowler shooting a 65, it would have been easy for Matsuyama to go through the motions on Friday, knowing a win was never going to happen.

Instead, Matsuyama came out with a 65 of his own on Friday, playing himself back into the tournament.

No Japanese man has ever won a major championship, but don’t get used to saying that. It’s not going to be the case for much longer. 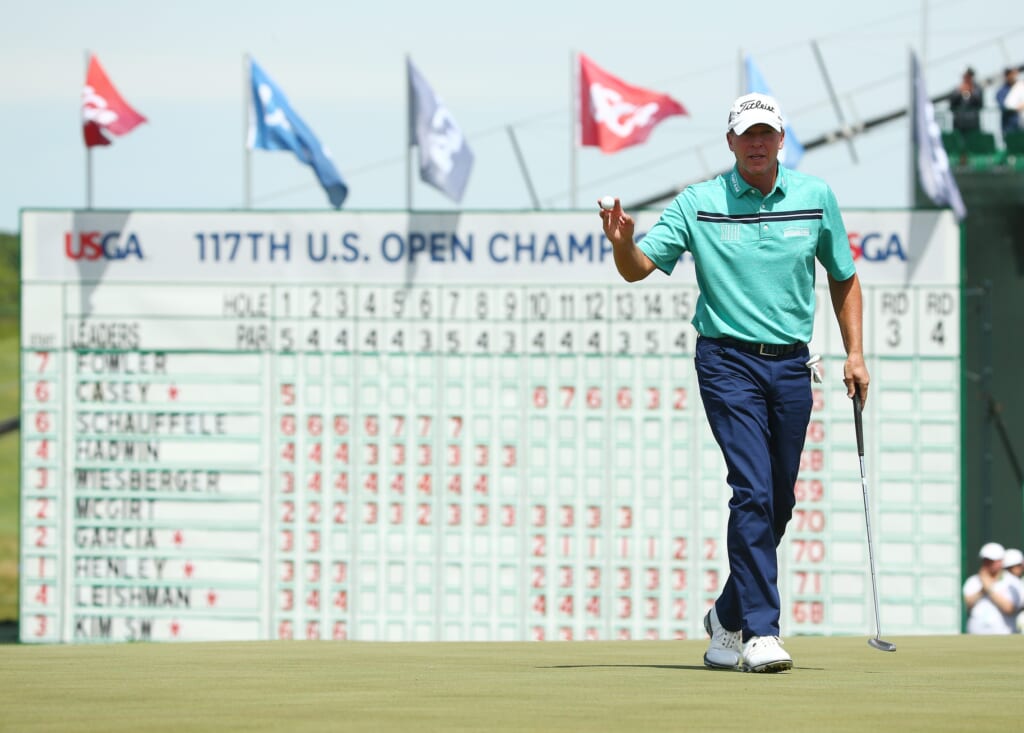 Despite some of the biggest names in the world sitting the weekend out, the 2017 U.S. Open offered an abundance of low scores.

Really, it’s the first time we’ve seen anything like this since 2011. Martin Kaymer did go low for his 2014 victory, but that was a runaway. His -9 winning score was eight shots ahead of his nearest competition. McIlroy’s win in 2011 was convincing, but essentially everyone in the top 10 posted a score that would have been good enough to easily win most U.S. Opens.

Well, much like 2011, the course was softened by rain. That gives the world’s best golfers complete freedom to attack the flag, and as the scores showed, they took advantage.

But in 2011, we could directly chalk that up to the softening of the venue. Congressional had hosted U.S. Opens before and has hosted other tournaments since. In 2014, the Quicken Loans National looked a lot like a U.S. Open, with a winning score of -4.

But Erin Hills didn’t have that kind of history. Excluding the 2011 U.S. Amateur, the 2017 U.S. Open was really our first look at Erin Hills. So, was it the weather, or is Erin Hills just a more attackable course than we normally see out of U.S. Open venues?

Hopefully the USGA gives Erin Hills at least one more run at it. It’s a venue with an abundance of high-risk, high-reward options, which makes for compelling golf.

Meanwhile, the USGA’s history is that it does not react kindly to low scoring U.S. Opens. So, expect 2018 at Shinnecock Hills to be much, much, different.