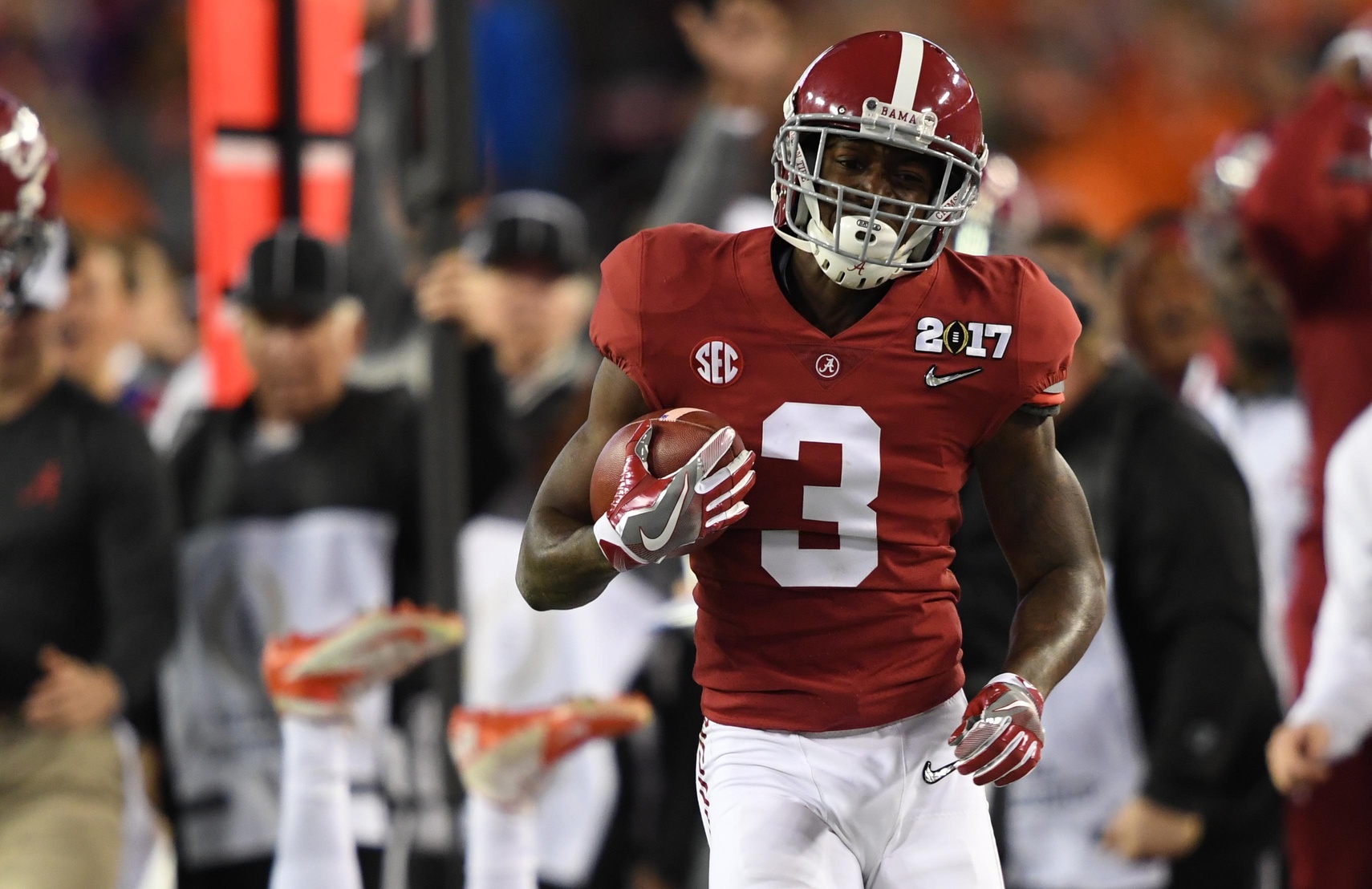 What’s interesting here is that the 2017 NFL Draft class was seen as relatively weak at wide receiver. Despite this, three players at this position ended up going in the top 10. This tells us a story of an NFL that is starved for legitimate No. 1 wide receivers on the outside. That’s only magnified by the fact that Corey Davis (6-foot-2) and Mike Williams (6-foot-4) were the top two receivers off the board.

At 6-foot-1, Ridley has the size to be a true No. 1 outside receiver. And while he will have to put on some weight between now and the end of the college football season, there’s a whole heck of a lot to like about this Crimson Tide stud.

Ridley actually saw some regression as a sophomore last season, posting fewer receptions for less yards and touchdowns than he did as a freshman. But as most of us already know, stats themselves mean very little when it comes to scouting potential pro prospects.

We have to realize that Alabama put the ball up less last season under then offensive coordinator Lane Kiffin than it did in each of the previous two seasons. That’s why reception and yardage totals mean very little in the grand scheme of things. On tape, Ridley provides pretty much everything teams look for in a dynamic No. 1 receiving option.

“Like his predecessor Amari Cooper, Ridley will make scouts overlook the fact that he’s not an Alshon Jeffery-type physical receiver,” ESPN’s Alex Scarborough wrote back in March. “At 6-1, he is tall enough, and he reportedly ran a 4.35-second 40-yard dash prior to last season.”

With speed to burn and at over 6-foot, Ridley just needs to bulk up some heading into his junior season to set the SEC world on fire. And considering Bama will open it up more for Jalen Hurts and the passing game under first-year offensive coordinator Brian Daboll, the expectation here is that Ridley will have a ton more opportunities than he saw last season.