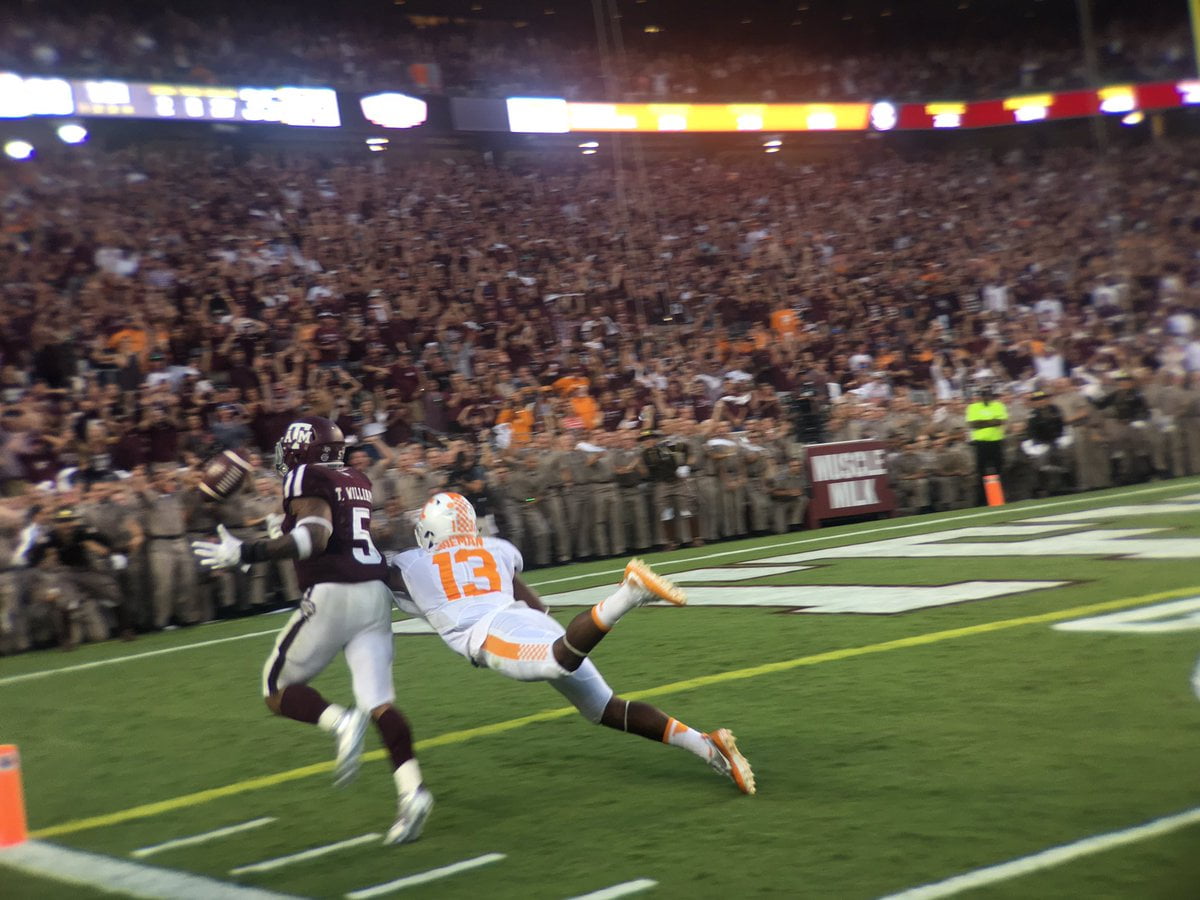 Texas A&M appeared to have the game sewn up. It was over. Running back Trayveon Williams broke off a game-sealing run to put the Aggies up over Tennessee by two touchdowns. Except he didn’t.

Instead, he fumbled the ball out of the end zone, giving Tennessee, the Cardiac Kids, another chance at a comeback win.

YOU'VE GOT TO BE KIDDING!!!!
TENNESSEE TAKES OVER ON THE TOUCHBACK. https://t.co/WvQX4T347x

And wouldn’t you know it? Tennessee obliged with a touchdown on their next possession to tie the game 35-35.

What’s crazy is that, had Williams simply fallen down short of the goal line, the Aggies could have pretty much sealed the game with kneel-downs. Unfortunately for them, all he could see was the end zone in front of him.