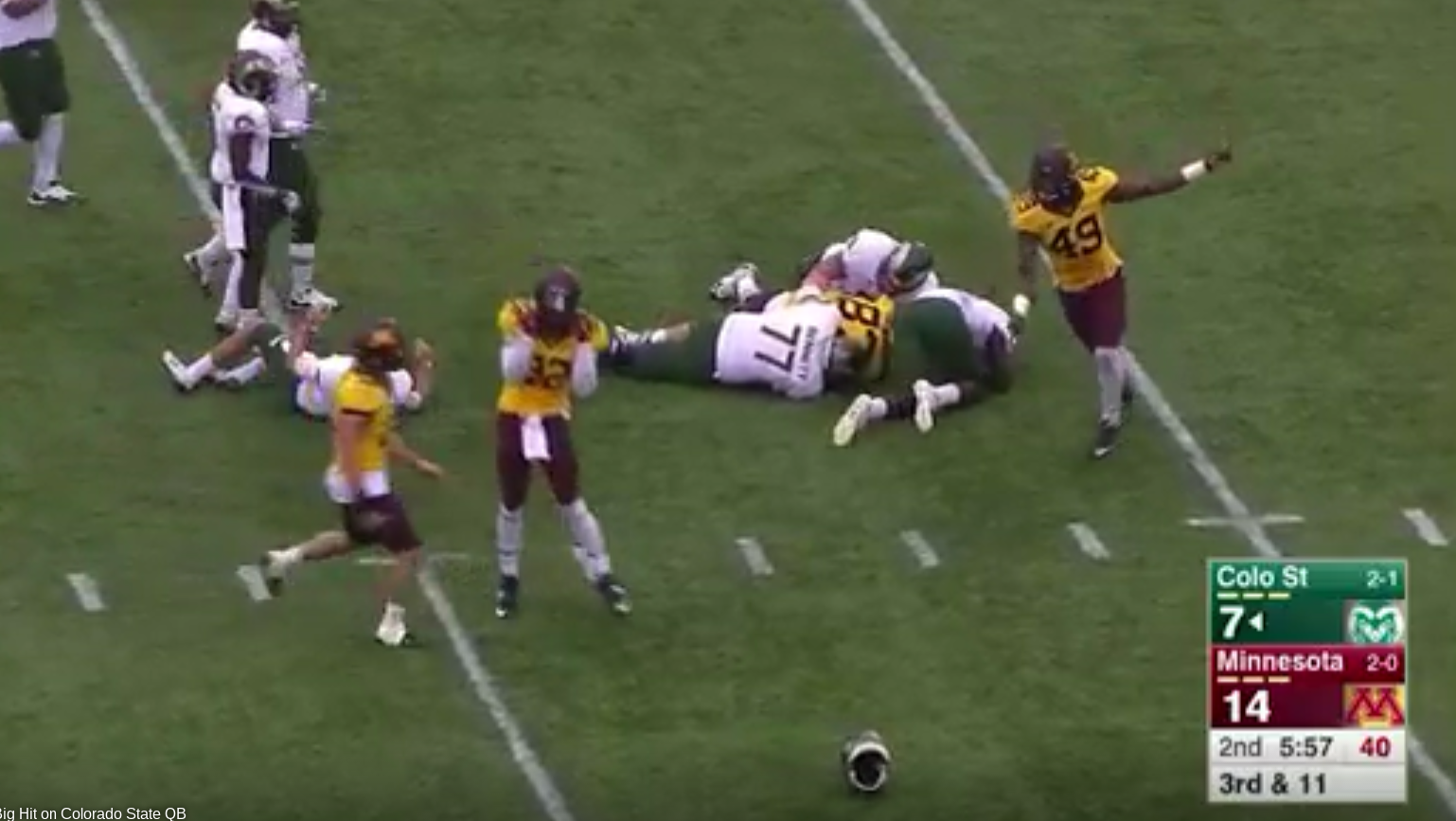 Minnesota defensive end Tai’yon Devers is on his way to becoming a household name after coming up with a bone-crushing hit on Colorado quarterback Colin Hill.

The hit was reminiscent of the hit that made Jadeveon Clowney famous during his tenure at South Carolina.

We’re not sure what traveled farther, Hill, his helmet or the football.

This isn’t the first time Devers has decleated an opponent, either. He took down Oregon State quarterback Darell Garettson with a vicious clothesline in Week 1.

NFL quarterbacks, take note. Devers might be making his way to the next level, though it won’t be next year.

This kid is still a freshman.

Let that sink in for a moment.