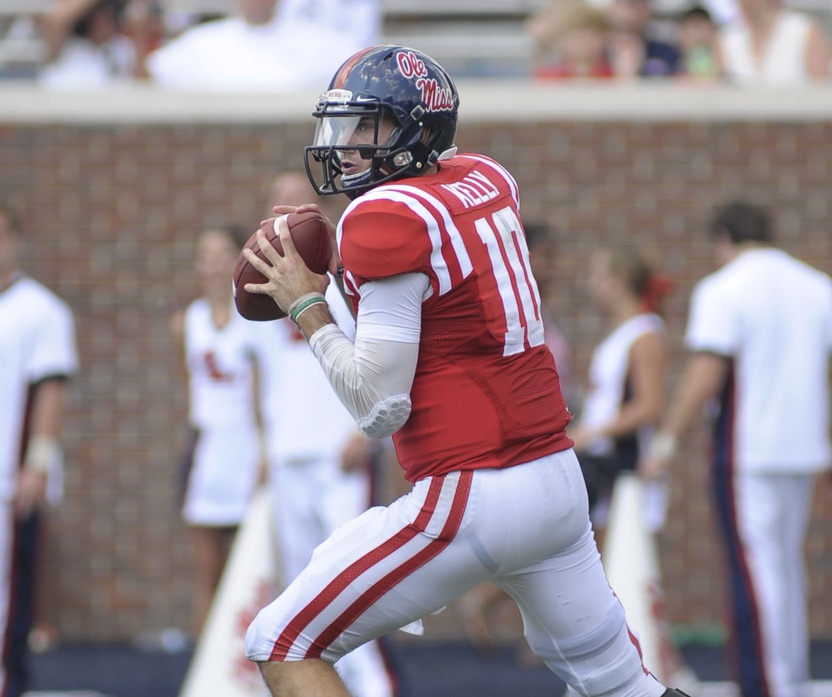 Ole Miss is currently doing Georgia serious harm in Week 4 after starting the season 1-2 with tough losses to Alabama and Florida State. Chad Kelly is having a huge first half, and his 55-yard touchdown to DeMarkus Lodge was a thing of beauty.

Kelly masterfully avoided the rush and then launched a bomb down the middle of the field with spectacular accuracy.

The catch made by Lodge was just as impressive as Kelly’s escape and throw. It was just a spectacular play all around, and it put the Rebels up 24-0 over Georgia midway through the second quarter Saturday.