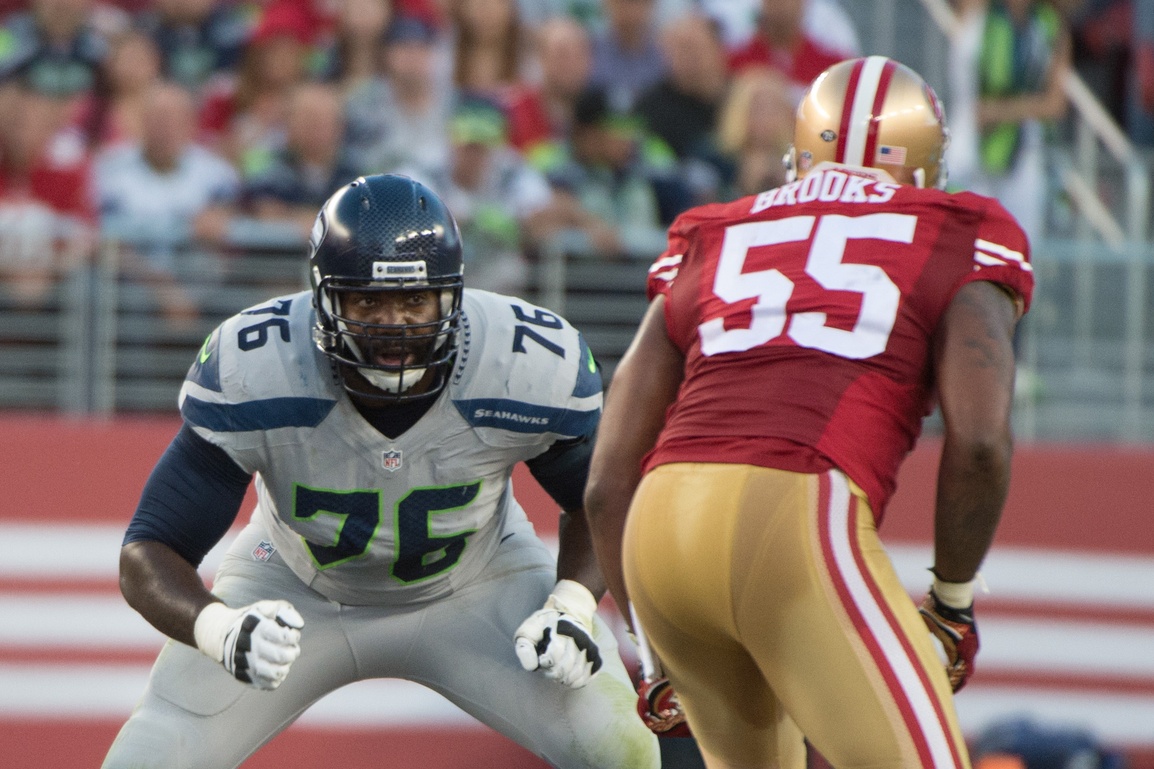 Free agent offensive tackle Russell Okung is one of the top NFL free agents left on the market. After visiting with a few top teams recently, Okung is now reportedly on his way to visit with John Elway and the Denver Broncos, per Mike Garafolo of FOX Sports.

This seems like a good fit on paper. As Garafolo mentioned, Ryan Harris bolted in free agency to sign with the Pittsburgh Steelers. Also, Ryan Clady is coming off a torn ACL and is nearing 30.

It’s not clear just how desperate the Broncos might be for an offensive tackle right now, but Okung doesn’t come without red flags. He’s missed time in each of his first six seasons due to injury.

Clearly, Okung, who is representing himself this year, wants more than what he’s been offered by the Giants, Lions and Steelers. He also preferred to hit the market after the Seattle Seahawks failed to impress him before his last deal ran out.

That said, he’s powered through many of the nagging injuries that have plagued his career. If he’s healthy for most of the season for the defending Super Bowl champions, then Okung could be a nice addition to an offensive line that needs the help.

But only at the right price. Given Elway’s track record, it’s not likely Okung will be blown away by Denver’s offer, if he gets that far with the club.