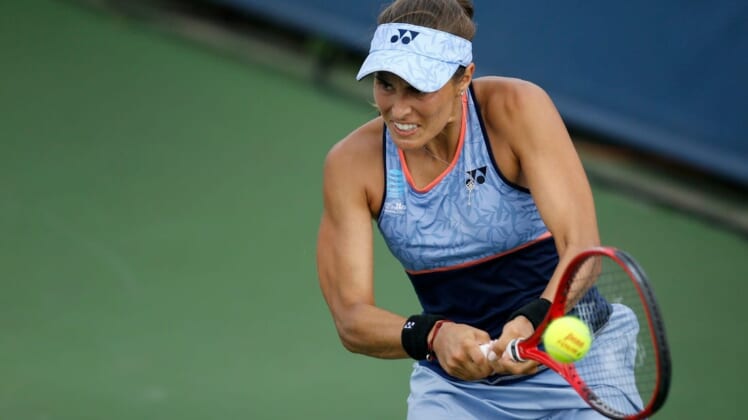 Monica Puig, a gold medalist at the 2016 Rio Olympics, announced her retirement from tennis on Monday.

As she fought injuries for the past few years, she started her transition to broadcasting. She announced Monday she is joining ESPN full-time.

“It’s not a goodbye, but a see you soon,” Puig, 28, wrote on Instagram. “Over the past 28 years of my life, tennis has been my constant. It has given me some of the most thrilling and memorable experiences I could have ever asked for. But, sometimes, good things come to an end. Today, I announce my retirement from tennis. After a tough 3 year fight with injuries and 4 surgeries, my body had enough.”

At the 2016 Olympics, she defeated German Angelique Kerber in the gold-medal match after previously beating Garbine Muguruza of Spain and Czech Petra Kvitova along the way. She was the first person to win an Olympic gold medal while representing Puerto Rico.

After dealing with elbow and shoulder injuries, Puig returned to the court in April at the Mutua Madrid Open, losing in straight sets in the first round to American Danielle Collins.