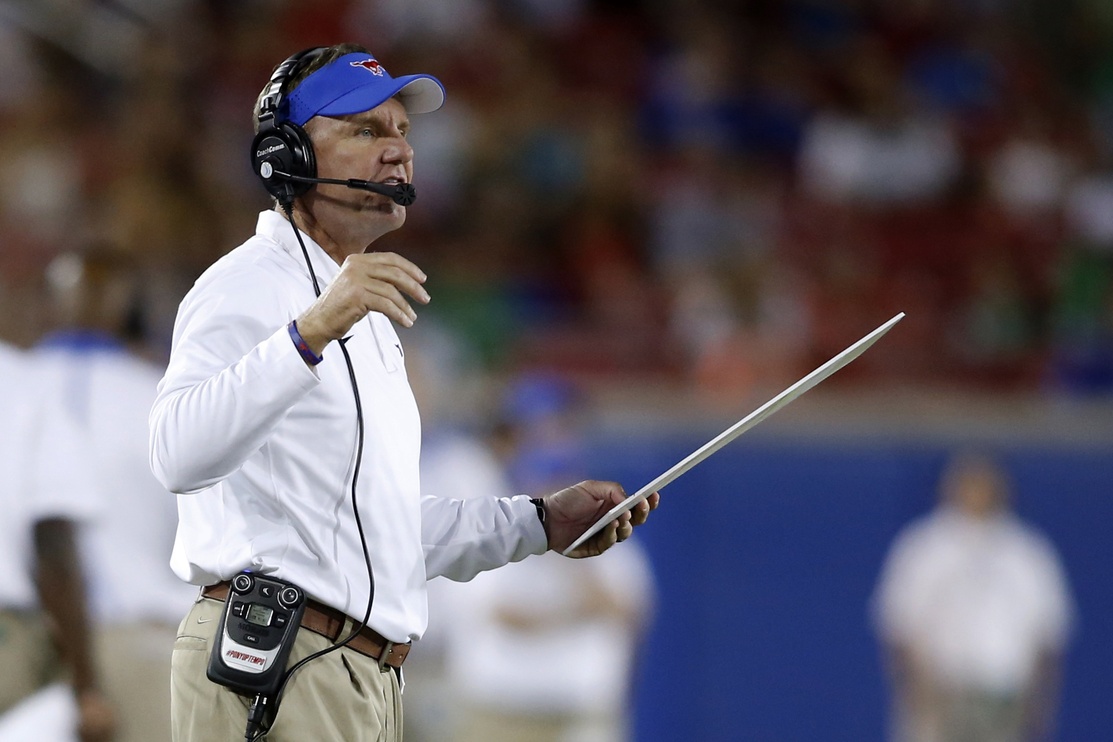 The stories of a recruit being removed from a school’s list due to inappropriate behavior on social media unfortunately are not rare, but the SMU football program has taken Twitter-monitoring to a whole new level under first-year coach Chad Morris.

We have a team of people who monitor what recruits are putting on social media. Watch what you tweet and retweet. pic.twitter.com/MNjrwSbuEd

The breadth of the report might seem unnecessary, but Morris, Malone and the rest of the SMU coaching staff are utilizing their resources.

After all, it would be foolish for any program to not monitor a recruit’s Twitter feed, because social media provides a useful look into values, morals and so on. Without question, social media is not a perfect window to define one’s mentality and certainly shouldn’t be taken as gospel.

Nevertheless, Morris and Co. are likely looking for the buzzword of “high-character guys,” and a site like Twitter can offer a little insight. Again, social media isn’t a perfect medium, but it’s easy to locate potential problems simply by looking at someone’s interpersonal behavior.

No matter if you’re an athlete, media member or avid social media user, always—always—think twice before you hit send.