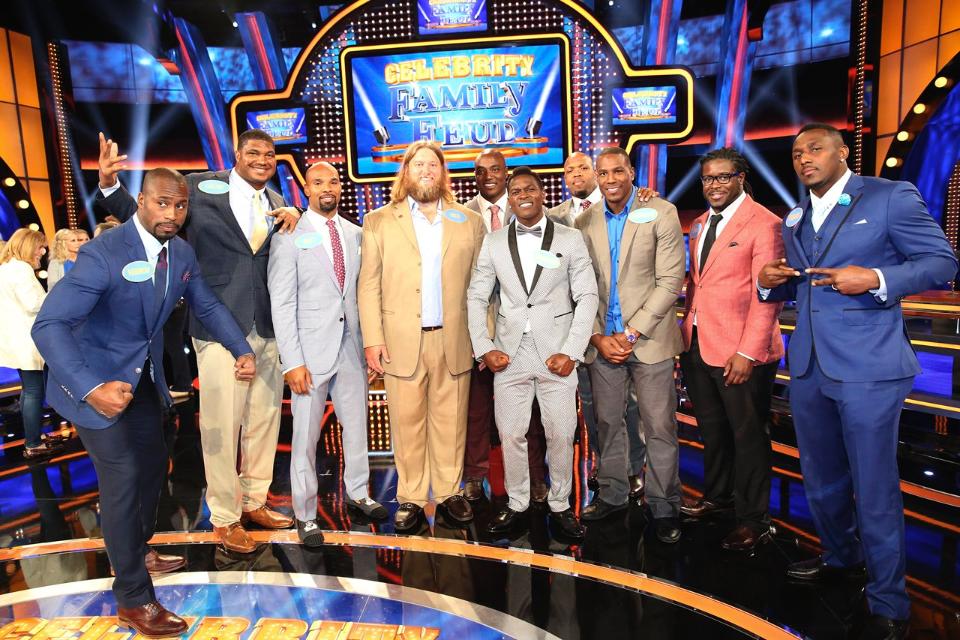 Five players from each the NFC and AFC battled to win up to $25,000 for their selected charity. The NFC played for St. Jude’s Research Center and the AFC played for the Players Assistance Trust.

The show was hosted by Emmy Award winning host and comedian Steve Harvey.

The NFC Team Consisted of:

Of all the NFC contestants, it seemed that Davis was a bit out of his element:

Representing the AFC Was:

And the AFC came out on top:

The AFC triumphs. Pretty much the TV equivalent of winning the Super Bowl. #CelebrityFamilyFeud pic.twitter.com/pceTPx1JTs

It also didn’t come without some awkwardness throughout:

Congratulations to the AFC and the Players Assistance Trust for earning the much-needed $25,000. It’s awesome to see players come together for such a worthy cause.