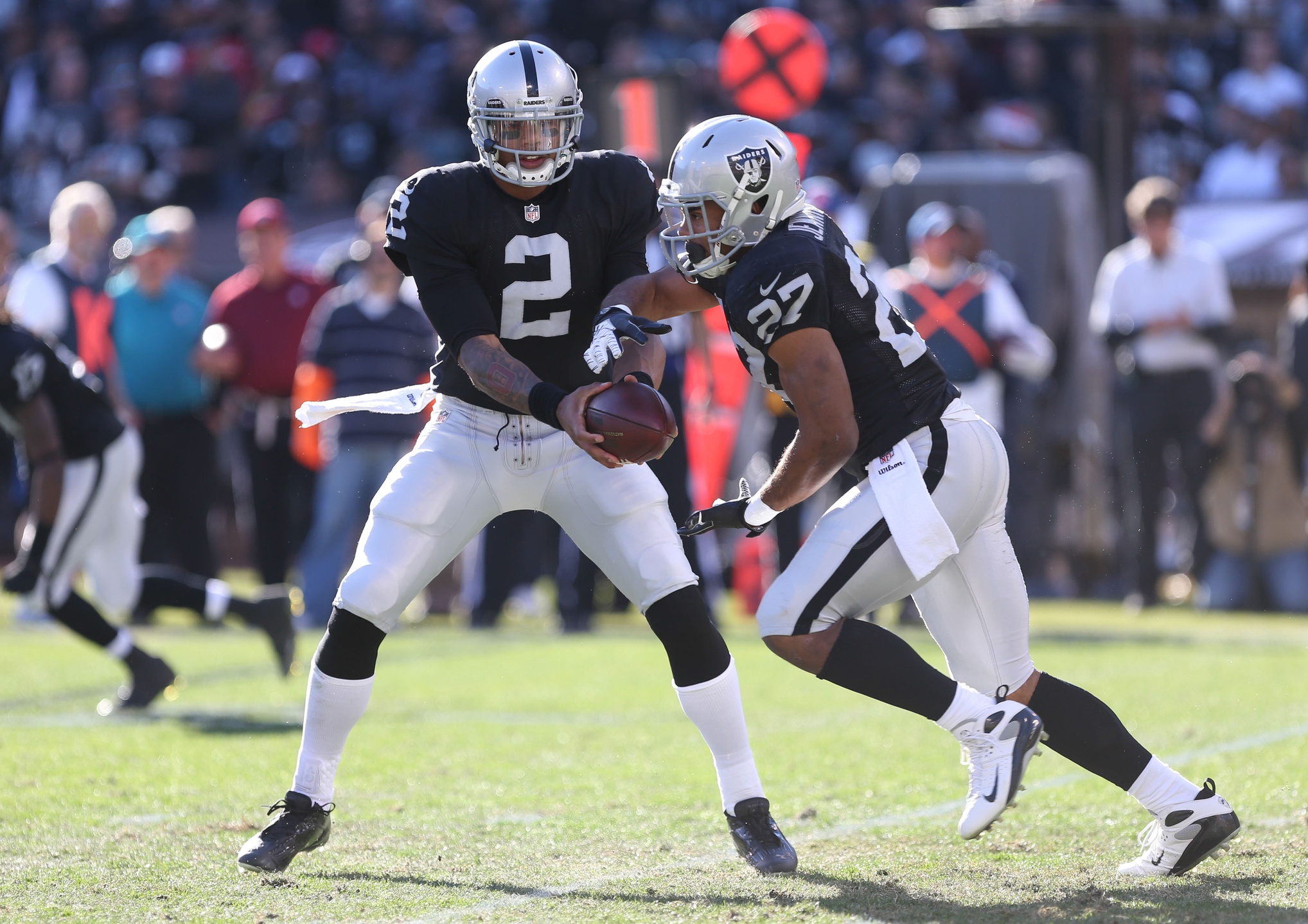 Starting off the season with either Matt McGloin or Terrelle Pryor under center doesn’t bode well for the Raiders quarterbacks 2014 situation. But should they be tortured even further with threats of McKenzie and Co. believing that one of these QBs could be the answer for the Raiders…

The Raiders did not get what they wanted out of Matt McGloin and Terrelle Pryor last season and now they are looking at Matt Schaub and Mark Sanchez as their top two targets for next season.

Additionally, “Vick and Freeman are free agent options, but the Raiders will likely wait and see what happens with Schaub and Sanchez before making a move on Vick or Freeman.”

So, the Raiders’ top two targets are Mark Sanchez, who we’re still not clear on his future with the New York Jets, and Matt Schaub, whom they may trade for.

If these guys don’t work out, the Raiders may pursue who’s left in the free agency, reaching to the bottom of the barrel entertaining the likes of Josh Freeman and Michael Vick.

Noooo! Has it really come to this? The Raiders will remain doomed if any of these quarterbacks are signed. If I was forced to rank these four quarterbacks worst to best, in my opinion, it would be Josh Freeman, Mark Sanchez, Matt Schaub then Michael Vick. That was really hard by the way.

How Do You Rank These Options as the Raiders Quarterbacks 2014?

Josh Freeman interceptions have Greg Jennings shaking his head in frustration. Could he be one of the potential QB answers for the Raiders?

Mark Sanchez as he stars in his classic butt-fumble episode:

Matt Schaub, who has the knack for being in the wrong place at the wrong time:

The ever-so injury-prone, Michael Vick taking yet another slam to the ground:

I know you’re thinking, is there an “Option 5”, or a “none of the above” choice?