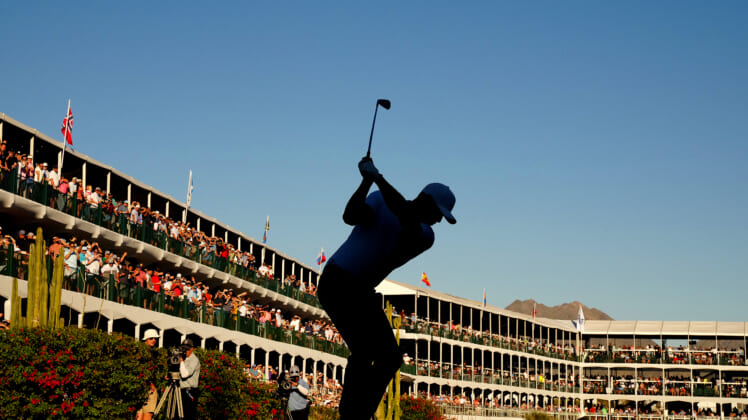 The PGA Tour’s current stop this weekend is in Arizona for the Waste Management Phoenix Open at the Stadium Course at TPC Scottsdale.

After two rounds of play, Sahith Theegala, who got a sponsor’s exemption, leads the field at -12. Just behind him are a couple players in the Official World Golf Rankings top 20 in Brooks Koepka and Xander Schauffele, who are both at -10.

With the desert setting surrounding the course, cacti and prickly pears roam the outsides of the rough. 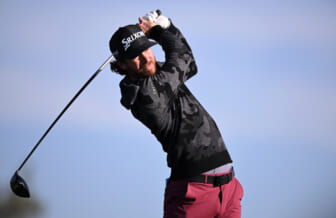 However, one hole sets the entire course apart from the entire tournament, and most likely all of the courses on PGA Tour.

The 16th hole, which is the beginning of a unique set of final three holes, is like no other.

On the third-to-last-hole, grandstands are set up not one, not two, but three levels high around most of the hole, with one-level grandstands on the back side of the green to the right.

With seating surrounding the entirety of the hole, nicknames have emerged, such as the “Coliseum.”

As a result, nearly 20,000 attendees can watch a golfer on the final par-3 of the course and the noise levels make the 16th hole “The Loudest Hole in Golf.”

The reactions to players’ shots can dictate either really great reactions or harsh boos.

Theegala, who is playing in his first Phoenix Open, said this hole is like no other on Tour and is taking it all in with the 36-hole lead.

“I think knowing this is a one-off deal, this event is so great, and I think it’s great for the game and great for golf,” Theegala said Friday afternoon after his round. “Knowing that is so different, having that mindset and knowing the expectations of the people are going to be what they are out here, which is awesome, I’ve tried to embrace it and not really affect me in an expectations standpoint.”

Theegala birdied 16 in his opening round on Thursday and parred the hole on Friday.

Right behind Koepka and Schaufflele on the leader is the reigning FedEx Cup Champion, Patrick Cantlay, who currently sits at -9 and shot a 5-under 66 on Friday.

Cantlay, who birdied the 16th hole, said the pressure for that particular hole is unique compared to other holes around the course.

“It feels a little more important on 16, although it’s really not,” Cantlay said Friday afternoon. “Making a two there, making a 20-footer there, it felt really good and different than some of the other 20-footers I made today for birdie.”

The average score through two rounds on the 16th hole is 2.898, which is ultimately the lowest average score thus far amongst the four par-3s. Whether that is due to the hole being 163 yards – the shortest on the course – or the rowdy fans, it definitely stands out. 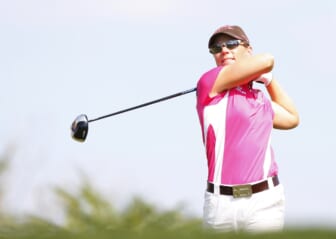 Noisy crowds on display at 16 throughout history

Even before the three-level grandstands were built in 2011, a ruckus has still been on display on the 16th hole.

With a 6-iron in hand and the hole 170 yards away, Woods’ ball took one hop on the green and rolled into the cup for not only an ace, but his first hole-in-one on the PGA Tour.

Even then, beer cans were flying around the stands like confetti being thrown up in the air.

Although Woods did not win the tournament that week, he gave fans a shot to remember at one of the rowdiest holes on the PGA Tour Schedule.

Since Woods’ ace on the 16th hole, there have been three aces, with the most recent hole-in-one coming seven years ago when Francisco Molinari aced 16.

Within the 90-year history of the Phoenix Open, so many memories have been made with many more to come this weekend, especially at the “Loudest Hole in Golf.” 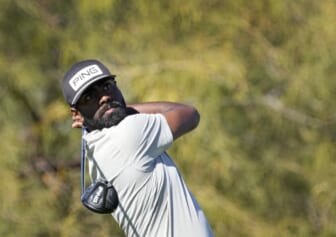