12 college football players under most pressure in Week 2 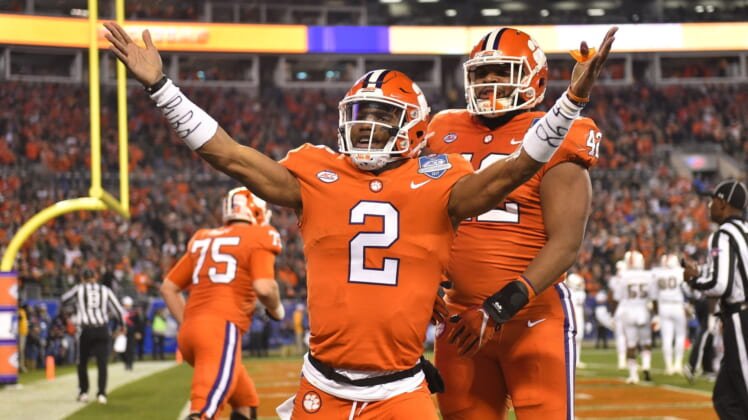 College football has no preseason. If teams don’t thrive immediately, their championship dreams quickly disappear. The pressure to excel is real right now.

Since quarterback is the most important position on the field, a majority of the players highlighted as under pressure are signal-callers. However, certain matchups will also thrust running backs or receivers into the spotlight.

Additionally, while a few standouts are preparing for marquee opponents, others need to rebound after a disappointing debut. Washington and Miami shouldn’t fall to FCS schools, for example, but the QBs have already struggled in losses and both programs have championship aspirations.

Week 2 won’t solidify any team as a contender, but every win is imperative.

South Carolina attracted a fair bit of attention as a sleeper team this offseason, but matching that hype means beating top competition. That’s not something Jake Bentley has consistently proved he’ll do. As a sophomore, he faced three programs that ended the campaign ranked in the Top 25. During those contests, the signal-caller tossed five of his 12 season interceptions. In fairness, Deebo Samuel was only available for one, and South Carolina won that matchup. Georgia, though, shut him down. His chance for revenge is Saturday. 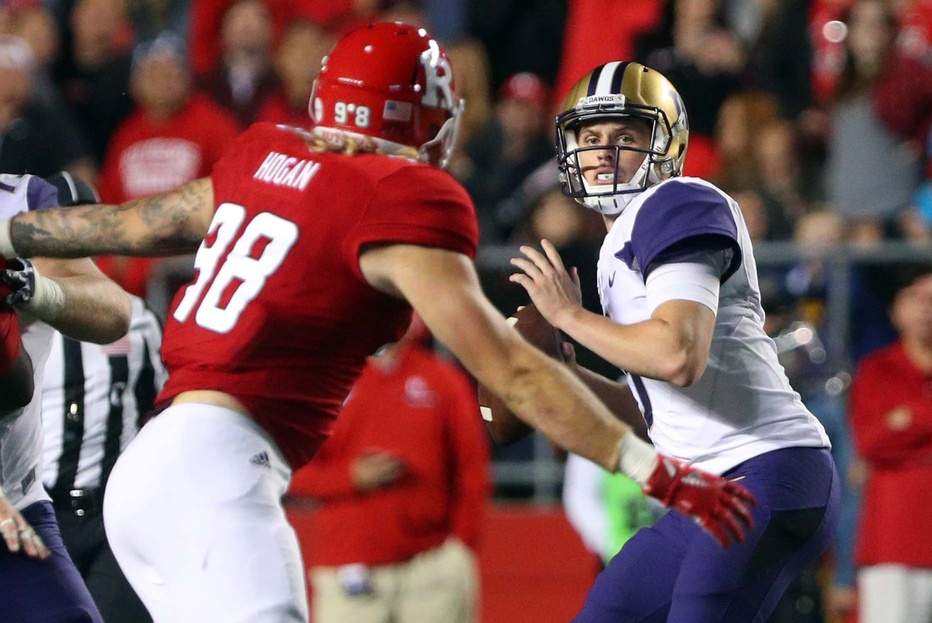 Washington has a playoff-caliber unit at every position. However, the concerns about Jake Browning entering the season aren’t resolved following the loss to Auburn. The senior threw a horrid interception and lost a fumble inside the red zone. Without those turnovers, UW likely would’ve toppled the SEC squad. Instead, the Huskies no longer have a margin for error in their CFP chase. The schedule doesn’t set up well enough to believe Washington can afford a second loss. Browning needs to get back on track when the Dawgs host North Dakota.

Fair or not, Kelly Bryant has to show Clemson on a weekly basis that he’s the best option at quarterback. The moment his performance slips, fans will be clamoring for prized freshman Trevor Lawrence. Since both quarterbacks are expected to play against Texas A&M, Dabo Swinney will be looking to ride the hot hand. Bryant, who totaled 171 offensive yards and accounted for two touchdowns opposite Furman, will get the first crack at Jimbo Fisher’s club. Bryant must be an efficient passer and discerning runner to both defeat Texas A&M and hold off Lawrence.

During his college debut, JT Daniels led a bunch of scoring drives. USC toppled UNLV 43-21. That’s the positive side. However, the Trojans settled for field goals on four of their first five scoring drives. UNLV couldn’t make USC pay, but Stanford likely won’t be as forgiving. K.J. Costello set or tied career-high marks with 332 yards and four touchdowns in Week 1, and Bryce Love demands full respect despite his quiet day opposite San Diego State. Plus, even beyond the single-game outlook, expectations at USC are always high. Daniels might start feeling that pressure now.

Had the Longhorns clipped Maryland, Sam Ehlinger probably wouldn’t be in this position. But the Texas faithful demands excellence from its football team, so the quarterback will be under heavy scrutiny whenever the team loses. The sophomore completed only 21 of 39 passes for 263 yards with two touchdowns and two interceptions. Fortunately for Ehlinger and the Longhorns, Week 2 brings a matchup with Tulsa. It should be a painless win. But if he struggles, Tom Herman might be compelled to bench Ehlinger and go with Shane Buechele. 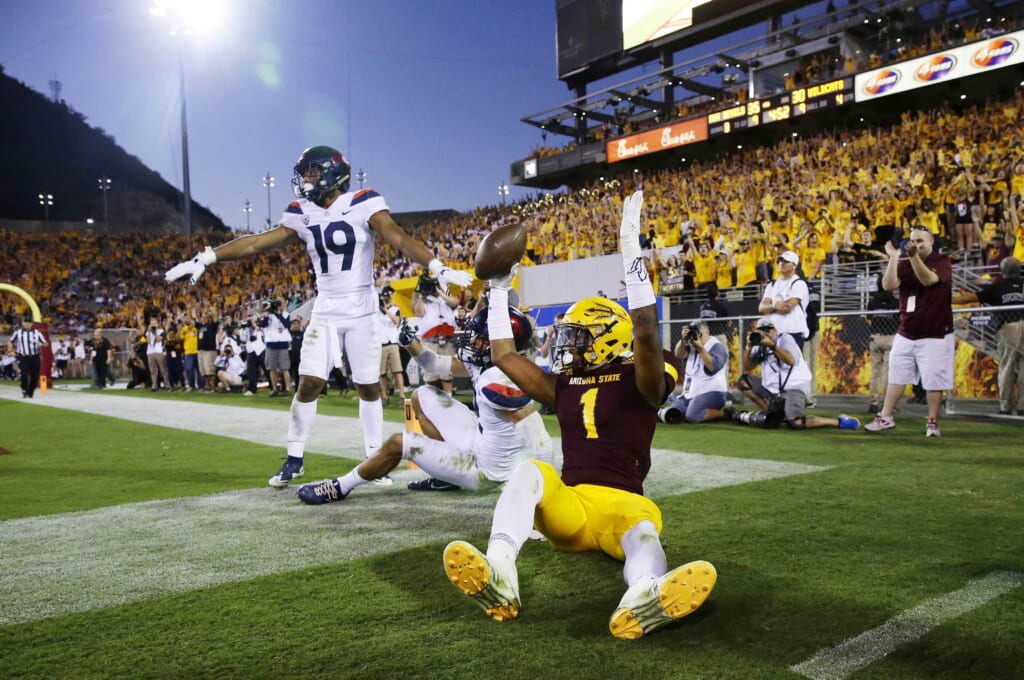 Michigan State’s defense did not match its 2017 performance or 2018 expectations during the opener against Utah State. The Aggies crested the 300-yard mark through the air, something that happened to MSU only twice last season. Due respect to Utah State’s effort, the offense doesn’t have a receiver as talented as N’Keal Harry. The junior collected six catches for 140 yards and two scores in Week 1. No other ASU target had more than two receptions or 23 yards. Harry can tear apart the secondary, and the Sun Devils need that to happen for a chance at an upset.

Keytaon Thompson accounted for seven touchdowns as the replacement for a suspended Nick Fitzgerald, the Bulldogs’ starter in both 2016 and 2017. There is no semblance of a quarterback controversy, but Fitzgerald will be under pressure to pick up where Thompson left off. Mississippi State travels to Kansas State, which needed a fourth-quarter surge to clip FCS program South Dakota. On paper, this shouldn’t be close. History tells another story, though; Kansas State is tough to beat at home. Fitzgerald doesn’t have an opportunity to ease into 2018.

Are we concerned? No. Still, a 29-yard performance in his first 2018 outing was surprising. Stanford returned an experienced offensive line this season, and Love sliced through San Diego State for 184 yards and two touchdowns last year. The passing game atoned for his quiet day in Week 1, but we’ll be patient on that front since the Cardinal haven’t had a competent aerial attack since Andrew Luck. Entering a matchup with fellow Pac-12 power USC, most attention will be focused on Love and whether he puts together a bounce-back game.

On a throw-by-throw basis, Shea Patterson had a fine showing in Week 1. However, his two biggest mistakes cost Michigan dearly at Notre Dame. Patterson threw an interception on a 2nd-and-1 as the Wolverines neared scoring territory, and his last-minute fumble dashed hopes of a comeback. Patterson ended the showdown 20-of-30 for 227 yards. This week, Michigan isn’t in much danger of an upset as it hosts Western Michigan. Nevertheless, fans and analysts will be looking for clear improvement from Patterson during his second start with the program. 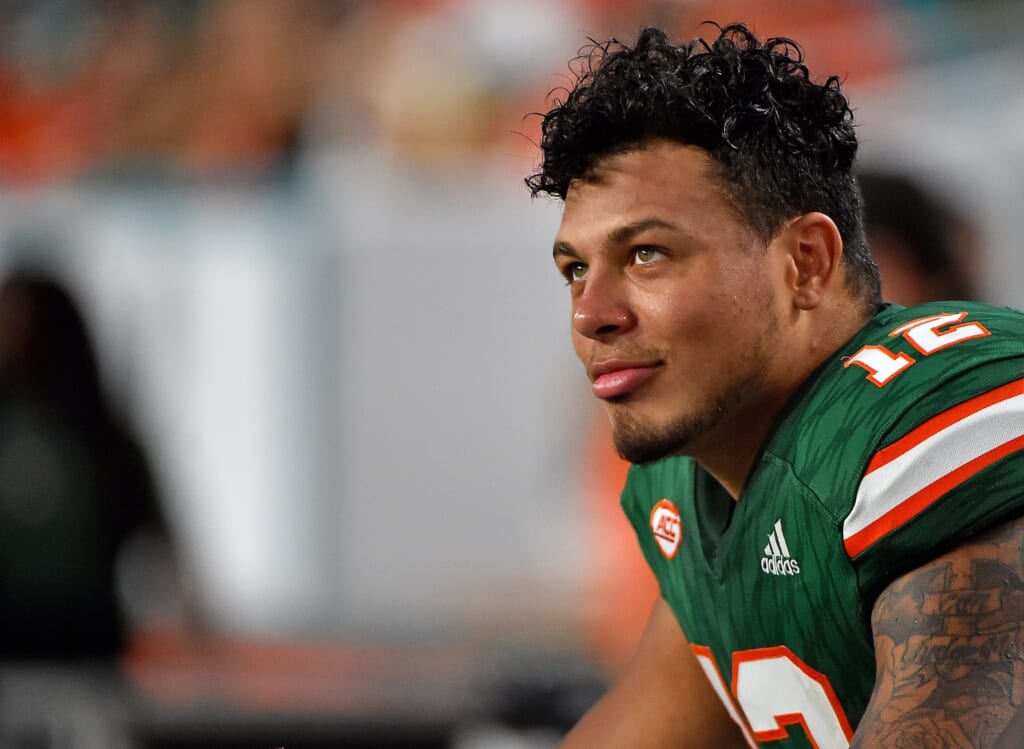 Let’s not dance around this: Malik Rosier was a trainwreck during Miami’s 33-17 loss to LSU. The senior hit teammates on only 15 of 35 passes, and receivers bailed him out for a few completions, too. Rosier overthrew his targets throughout the night, yet Mark Richt didn’t make a substitution. For better or worse, the head coach has stubbornly supported Rosier. But it was also a product of backup N’Kosi Perry being suspended for the game. The redshirt freshman will be available in Week 2, and if he plays well, fans will be begging for Perry to replace Rosier.

Khalil Tate arrived in 2018 with much fanfare, but his season debut was nothing short of a dud. The dual-threat quarterback struggled in both facets, connecting on just 17 of 34 passes for 197 yards while mustering 14 rushing yards. Dating back to mid-November 2017, three of Tate’s last four appearances ended with less than 225 total offensive yards. That’s a disturbing direction after such an explosive stretch in 2017. Arizona travels to face Houston, which piled up 45 points in Week 1 and should put pressure on Tate to win a high-scoring shootout.

In Week 1, Trayveon Williams shredded Northwestern State for 240 yards and three scores. By no means should expectations be anywhere close against Clemson in Week 2, but the Aggies need the running game to be a threat. If the Tigers have no trouble containing Williams, a defensive line stacked with future NFL draft picks could turn Saturday into a miserable night for A&M quarterback Kellen Mond. Though no trend is perfect, since Clemson’s dynasty began in 2015, four yards per carry has typically meant a 60-minute fight for the ACC powerhouse.