10 worst decisions of the NFL offseason 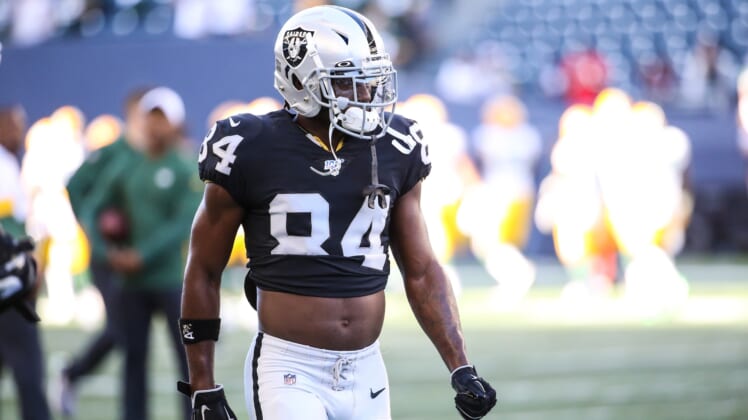 Well before the season began, we could safely say that the NFL offseason was anything but boring. Now that the season is nearly half over, we can really start to evaluate some of the crazy moves that we saw. Specifically, which ones didn’t go well?

A number of teams addressed the quarterback position. While many of those moves haven’t worked out, a number never made any sense and have only gotten more confounding.

Two teams fired their general managers shortly after the draft. That’s almost impossible to defend. And of course, nobody dominated the offseason chatter more than Antonio Brown. The teams that went after him didn’t do well.

These were the worst moves of the NFL offseason.

The Oakland Raiders actually gave up draft picks for Brown. The New England Patriots didn’t give any assets, but did commit to give him a lot of money, (which they’ll likely end up having to pay). This was despite seeing Brown borrow from the George Costanza playbook on trying to get himself fired from the Raiders. We won’t be shocked if it’s eventually revealed that he got strawberry jam on one of Al Davis’ old tracksuits, or tied one of Oakland’s old Lombardi Trophies to the back of his car and drove around the parking lot.

Which team made the bigger mistake in bringing Brown in? That’s a matter of opinion. But realistically, we couldn’t have started anywhere else.

While it hasn’t worked especially well, we’ll cut the Denver Broncos some slack hiring Vic Fangio as head coach. The quarterback? Not so much. If the goal was just to find a stopgap for Drew Lock, then Denver should have just kept Case Keenum. It’s true that Flacco only cost a fourth rounder but he’s miles away from the quarterback that won the Super Bowl in 2012. There just wasn’t much upside. What’s even worse is that the Broncos could have made a move and landed a player with some real potential.

We can speculate on what someone like Nick Mullens might have cost Denver. What’s not speculation, though, is that the Miami Dolphins got Josh Rosen for a 2019 second and 2020 fifth rounder and a fifth rounder. Mind you, while Rosen hasn’t been great, he was a top-10 pick in 2018 and has far more upside than Flacco. So, we have to wonder why the Broncos couldn’t put together a package like that for someone who actually has potential to be a quarterback of the future.

Jets give Adam Gase keys to the car

To be clear, Gase is not the only coaching hire that’s netted poor early results. It is, however, the hardest to justify. We can see why the Broncos hired Fangio. He’s long been one of the NFL’s best assistants. Zac Taylor has yet to win a game with the Cincinnati Bengals. Still, he was at least out of the Sean McVay school, which has become very trendy over the last couple of seasons. Gase, though, had a track record as a head coach — and not a good one. He did take the Miami Dolphins to the playoffs in 2016 but regressed in 2017 and 2018.

Three things make this particularly bad. One, he didn’t have a great reputation for getting along with people (and still doesn’t). You can deal with that from a winning coach. Not so much from one with a losing record. Two, New York didn’t even make him go back to the assistant ranks for a year or two. He went 13-19 over the last two seasons, got canned, and immediately got another job.

Finally, with Gase in the AFC East in Miami, the Jets had a pretty good view of all of this. They overlooked it. At 1-6, there has to be some regret now, especially with a Super Bowl-winning coach in Mike McCarthy unemployed.

Not only did the Chicago Bears trade Howard in the offseason, but the return was a sixth rounder. That’s all they got for a man who averaged better than 1,100 rushing yards a season in three years with the Bears. Thus far in 2019, he’s rushed for 347 yards — which puts him on pace for 793 yards. Yes, that is a drop from even his worst year with in Chicago (935 in 2018). Still, Howard’s total is easily ahead of anyone of the team’s current rushers. In fact, it’s 43 yards ahead of the Bears two leading rushers (David Montgomery and Cordarrelle Patterson) combined.

This is especially relevant given Week 7’s loss to the New Orleans Saints. Following that game, Matt Nagy made it known that his team needs to run the ball more. With Mitch Trubisky throwing passes, it’s hard to argue. While Howard may not remind anyone in the Windy City of Walter Payton, he definitely could have helped Chicago’s ground game, which would make life a whole lot easier on the beleaguered quarterback.

Part of the reason that this move looks so bad now is Foles’ Week 1 injury. If we’re being totally fair, that’s not the fault of the Jacksonville Jaguars. At the same time, if we’re being fair, this was a questionable move when it happened. The injury has only made a bad situation worse.

Foles is a journeyman quarterback who had one magical postseason in 2018 and got $88 million over four seasons. Nobody can ever take that from him. You just can’t pay a quarterback big money because of that. The Baltimore Ravens did that with Flacco and it took nearly a decade for that mistake to get fixed. Foles is a nice quarterback. He’s just not worth the money he was given in Jacksonville. We’re seeing that now with Gardner Minshew keeping the team afloat.

Maybe the Raiders got a little caught off guard with Brown. With Burfict and Incognito, there’s no such excuse. Any team signing either of them knows exactly what its dealing with. Signing one is risky. Signing two is throwing a toaster into the tub. Now, Incognito has, for the most part, not caused any trouble. Burfict is another story. The year isn’t even halfway over and he’s already serving a season-long suspension for dirty play. Again, this did not come from out of nowhere.

For the first half of their history, the “Just Win Baby” approach worked fine for the Raiders. They frequently signed guys who had checkered pasts on and off the field. The thing is, they won three of the first 18 Super Bowls and were perennial contenders. Things haven’t gone nearly as smooth since that last Super Bowl. One would think this franchise would desire some sort of stability, especially with a move to Las Vegas not even a year away. Oakland went the other way.

While there are worst quarterbacks in the league than Andy Dalton, he’s in his ninth NFL season and still looks like an overmatched rookie far too often. It’s awfully hard to imagine Dalton being under center when the Bengals are ready to compete again. Yet, other than him, the only quarterbacks on the Cincinnati roster are rookies — Ryan Finley, a fourth round pick, and Jake Dolegala, who was not drafted.

In total, five quarterbacks were drafted before Finley. Theoretically, the Bengals could have drafted three of them (Dwayne Haskins, Drew Lock and Will Grier) without even trading up. If none of those options jumped out, then we’ll repeat the question we asked with Denver.

Why not pursue someone like Mullens or especially Rosen? Again, Rosen did not come with a hefty price tag. He may not have worked out but not taking a shot and bringing someone in who could at least compete with Dalton just didn’t make sense.

Gaine was hired by the Houston Texans in January of 2018. In June of 2019, he was fired. This is confusing for a number of reasons. First of all, firing someone one month after he ran your draft is always baffling. The Jets did this with Mike Maccagnan, as well. That’s impossible to justify but at least Maccagnan had a track record of multiple largely unsuccessful seasons in New York. Gaine had been Houston’s general manager for one season. In it, the Texans went 11-5 and won the AFC South.

Worse, it didn’t seem as though Houston had any great plan in place. Since firing Gaine, the Texans have traded Jadaveon Clowney, gave up an arm and a leg for Laremy Tunsil and Kenny Stills, and dealt another draft pick for Gareon Conley. On the field, Houston has held up okay in the first half of the season, going 4-3. In the front office, this franchise resembles a chicken with its head cut off.

Goff has completed 61.8% of his passes this season for 1,995 yards with nine touchdowns and seven interceptions. There are worst quarterbacks but there are plenty better, as well. If you’re a Los Angeles Rams fan, it’s definitely not what you want to see from a quarterback who was given a massive contract extension in the offseason. The worst part about it is that this mediocre play didn’t come out of nowhere. Goff has at times looked quite good. He’s also struggled in some key moments, like Super Bowl LIII, for example.

Los Angeles has a lot of money going out to Goff, Aaron Donald, and Todd Gurley. That places an extra emphasis on winning now. We won’t say that’s impossible for the Rams, but it’s hard to feel too great about it.

Teams aren’t the only ones who make mistakes. Players, do as well. Gordon’s decision to holdout was nothing short of an unmitigated disaster. Gordon himself has said as much. Not only did Gordon miss out on money but he’s struggled since coming back. Additionally, his holdout gave Austin Ekeler a chance to shine, an opportunity that he has not wasted.

Running backs are in a tough spot. Even the best tend to have small windows to play and especially make big money. Even with that understood, Gordon misplayed his hand and it backfired in nearly every possible way.