10 takeaways from MLB in August 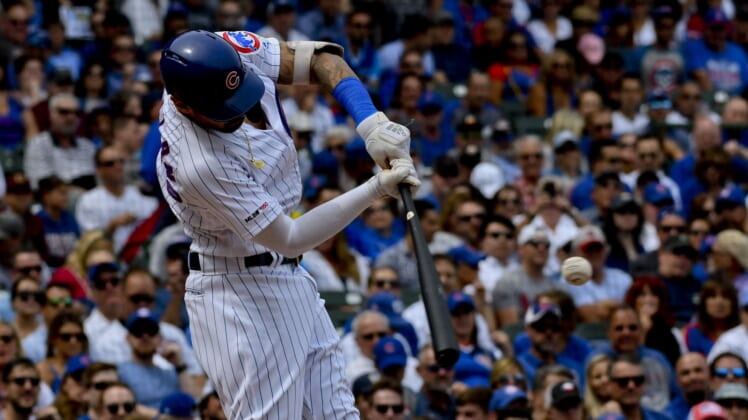 Each month during the MLB season is valuable, but August is the most critical time of year for teams. They either click in and prepare for a postseason run or find themselves out of the hunt in September.

It’s especially true with this year’s implementation of the single trade deadline. Rosters are mainly locked in and the players added leading up to July 31 have now had a month to make an impact on their new club.

August also provides a crucial stretch for players to take that big step to firmly get their foot for an award race or even reverse the direction of a disappointing season. We saw it all happen in a thrilling month of August this season with plenty of storylines.

Here are the 10 most significant takeaways from all the MLB action in August.

While the defending World Series champion is often expected to stumble a bit the following season, this is something very different. Boston could be closing in on its core being torn apart just a year after it won a championship.

Chris Sale’s availability for 2020 is uncertain due to an elbow injury. J.D. Martinez could opt for free agency this offseason. Boston also might need to trade star Mookie Betts this winter. Meanwhile, the club’s limited payroll flexibility and the diminished farm system gives it few avenues to address many needs. This isn’t a playoff team in 2020 if Dave Dombrowski doesn’t execute a great offseason.

Atlanta entered the season with lingering questions about their pitching staff and concerns over inexperience. We’ve learned this season, even more so this month, that the Braves are ready for October.

Ronald Acuña Jr., Freddie Freeman and Josh Donaldson are one of the best trios in baseball. Acuña is an MVP-caliber player in his age-21 season, Donaldson matched his age (33) in home runs, and Freeman is a star. If the pitching staff can improve, Atlanta will go from NLCS hopeful to World Series contender.

Nicholas Castellanos is getting hot at the perfect time

Castellanos’ fate this offseason seemed ominous on July 31. He entered the day with an underwhelming .462 slugging percentage and 11 home runs in 100 games on the verge of free agency

Being traded to the Cubs changed everything for the 27-year-old outfielder. Castellanos arrived in a new city, and the more competitive environment sparked his bat to the tune of nine home runs and an absurd .713 OPS in 28 games. He is giving the Cubs more than they ever dreamed of and making more money for himself with each hit.

The race for spots in October is already winding down

A lack of parity across many divisions quickly became apparent this season and is even more evident now. The AL East, AL West and NL West winners are all but decided. Meanwhile, the Braves and Minnesota Twins have reclaimed their clutch in their respective divisions.

Of more significant concern for MLB should be how few teams are realistically in the playoff hunt. The Cleveland Indians, Oakland Athletics. and Tampa Bay Rays are competing for two wild-card spots in the AL. The NL is only slightly more competitive with five teams competing for a few spots. It’s becoming more evident that the lack of incentives for organizations to spend money and compete is hurting the standings.

Reds discover lightning in a bottle with Aristides Aquino

Of all the players welcomed to rosters on Aug. 1, Aquino’s promotion in Cincinnati drew the least attention. The Reds non-tendered him in the offseason and many just expected him to be a temporary depth addition for the outfield for a short time.

Instead, fans are witnessing perhaps the most absurd stretch at the plate in history. Aquino hit 20 home runs in 2018 across 114 Double-A at-bats and now he just broke the MLB record for fastest to 14 home runs by doing it in 28 games. He also broke Cody Bellinger’s NL rookie record for home runs in a month. Aquino is one of the most incredible stories in baseball this season.

The Giants and Tigers both took calculated gambles at the trade deadline to keep their aces. San Francisco saw a shot at sneaking into the wild-card hunt with Madison Bumgarner as its ace. Detroit viewed Matt Boyd’s team-friendly deal as too valuable to move. Both are now wishing a month later that they could go back.

San Francisco is dropping like a rock in the standings as the front office faces a future where a compensation pick is the only possible return if Bumgarner leaves as a free agent. Boyd’s ERA is skyrocketing by the start with a 7.16 ERA this month and his trade value is consequently plummeting. Both teams will get something out of it, but it will ultimately be less than what they would have received if they struck sooner.

Vladimir Guerrero Jr. is ready to dominate for years to come

After receiving universal hype as the next generational talent to hit the majors, Guerrero Jr’s early taste of MLB pitching went extremely poorly. He needed time to settle in and adjust before he found his his swing and started crushing baseballs.

The 20-year-old phenom started heating up in July and took that even further making history this month. Guerrero Jr. posted a .341/.406/.571 slash line with a .977 OPS and 16 RBIs. He might not be tapping into the raw power we saw in the Home Run Derby, but it won’t be long before he is on the Acuña Jr. path to stardom.

It turns out Milwaukee’s inability to bring in needed pitching upgrades at the trade deadline is backfiring. The front office acquired middle relievers and back-end starters in July and now it’s paying for it in August.

Milwaukee’s 4.86 ERA this month is the 10th-worst in baseball. All-Star reliever Josh Hader is crumbling as the closer and this team still doesn’t have any front-line pitching to stabilize its rotation. The Brewers are quickly slipping down the standings and turning another MVP season from Christian Yelich into a wasted year.

Despite a myriad of injuries to many of its pitchers this season, Houston’s duo of Gerrit Cole and Justin Verlander has kept the Astros at the top of the AL West. Now the two co-aces will be at the top of AL Cy Young ballots.

Verlander is presumably the slight favorite to win behind his 2.69 ERA, 16 wins, 243 strikeouts and league-best 0.8 WHIP. Cole is right behind him with a 0.96 WHIP and 252 strikeouts on the year. The hottest pitcher in the end might win it and Cole’s 2.36 ERA in August just edges out Verlander’s 2.51 mark.

New York Yankees’ historic month shows what they can accomplish

It’s sometimes unbelievable to think the numbers are even real, though we already knew how great New York’s lineup is. The Yankees set the MLB record for home runs in a single month and they accomplished it without Giancarlo Stanton and a few players hitting cold streaks.

Any organization would consider it a success when its lineup hits 50-plus home runs in a month, just as the Astros, Twins and Los Angeles Dodgers did in August. New York lapped the field with 74 home runs during the same stretch. This team will put out a ridiculous lineup in October, but it will be up to New York’s rotation to deliver the goods if this team wants to win the World Series.